Fireworks go off around a replica of the World Cup trophy during the Qatar 2022 World Cup Group B football match between Iran and USA at the Al-Thumama Stadium in Doha on Nov 29, 2022. (Photo: AFP)

The Fifa fever is back in full force as - despite its hosting country controversies - Qatar houses this year's World Cup 2022. Fans across the globe are currently cheering for their favourite teams and players as they watch matches live or on television in their respective countries.

In the world of football, however, transfers are a common occurrence for clubs to ensure they have the top players to win the next championship, with the fees varying depending on their skills. 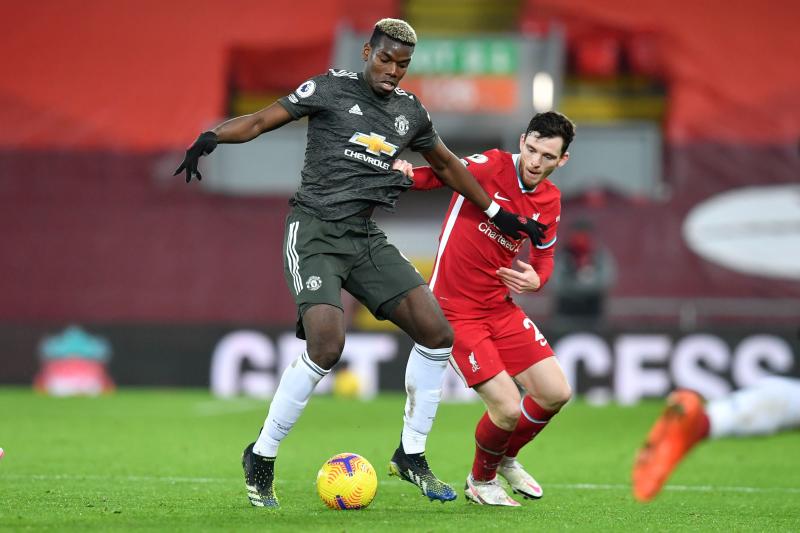 The 29-year-old French footballer was forced to leave Manchester United in 2012 due to a lack of playing time, and joined Juventus on a free transfer, per Rarest.org.

After leading France to victory in the 2013 Fifa U-20 World Cup and winning the best player title for the game, per Sportskeeda, Manchester United confirmed its signing of the star for a then-record-breaking transfer of $110 million (£93 million) in 2016, reported The Guardian. Until 2021, his transfer fee was the most paid by an English team, as per Rarest.org.

Pogba also boasts a gigantic net worth of $125 million, states Celebrity Net Worth.

He splashes his cash on lavish holidays in Bora Bora, as seen on his Instagram, and styles himself in high-fashion brands like Gucci T-shirts and custom-made hats, as per Soccergator. 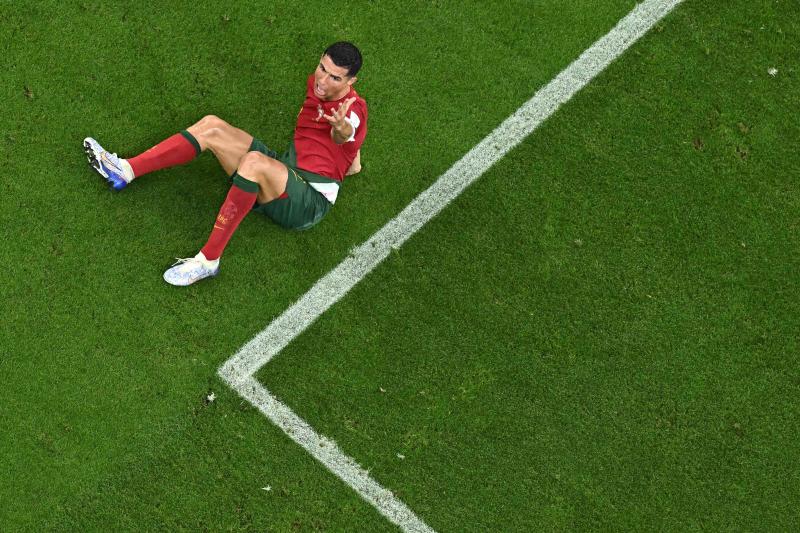 The ever-popular Portuguese footballer Cristiano Ronaldo was paid a hefty sum of around $117 million dollars for his move from Real Madrid to Juventus in 2018, as per DW.

According to Rarest.org, this sum was the largest ever paid to a player above the age of 30 by an Italian team. After joining Juventus, Ronaldo went on to win the Serie A and the Supercoppa Italiana in his first full season in Turin, per FotMob.

The 37-year-old is the third wealthiest football player in the world with a net worth of around $500 million, as per Celebrity Net Worth. He reportedly acquired this fortune through his athletic career, modelling gigs and brand endorsements.

While he uses his wealth to buy expensive timepieces like his $1.5 million diamond-encrusted Franck Muller watch, per British media, he is also a philanthropist and is an ambassador for major charities like Unicef and World Vision. The generous athlete donated $5 million to help Nepal after its devastating 2015 earthquake, as per Insider. 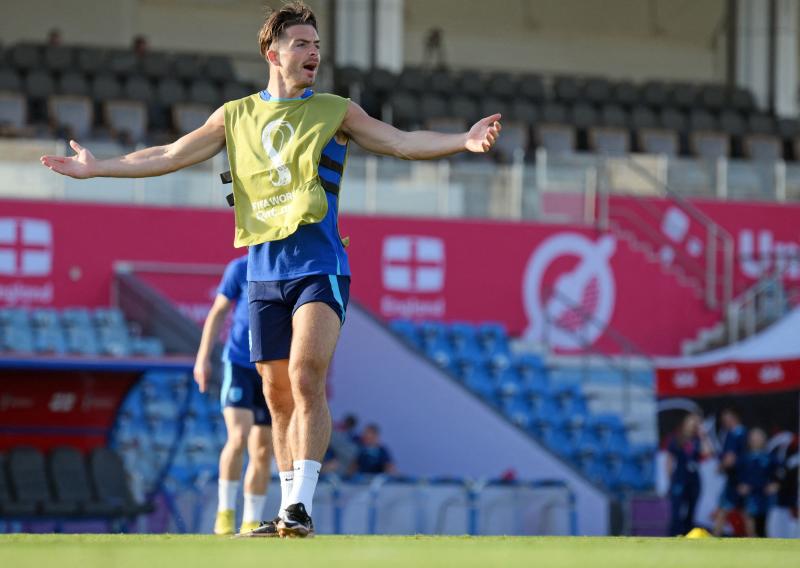 The British footballer broke Pogba's previous record for highest transfer fee paid by an English club with Manchester United's $120 million bill in 2021, per Sky Sports. After his move from Aston Villa to Man U, the 27-year-old celebrated ManCity's fourth Premium League title win in May, as per the ManCity website.

As one of the highest earners in the ManCity squad, Grealish has seen his wealth grow with fashion endorsements, including one with Gucci, adding to his net worth of $12 million, reports First Sportz.

He has flaunted his wealth with his stylish Range Rover purchase and made headlines for spending nearly $100,000 on a VIP package in Las Vegas, according to Sportsbrief. 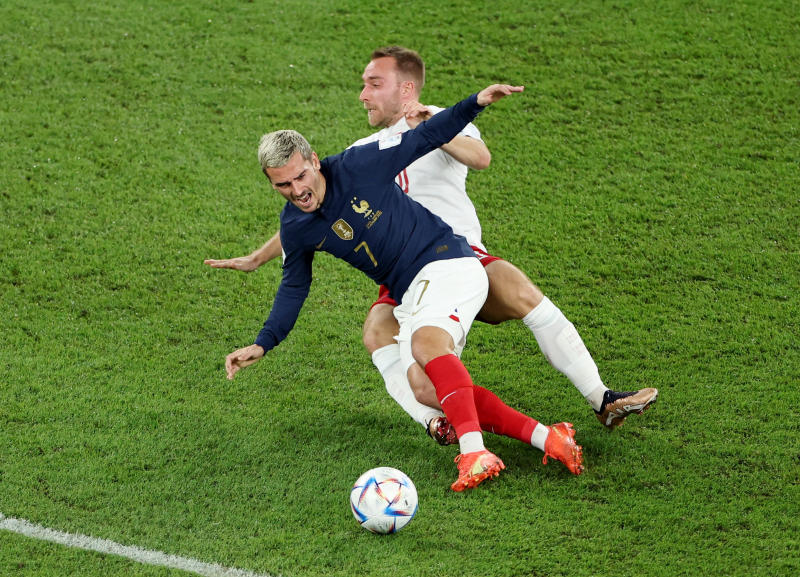 The versatile French football player joins the top 10 list for his move from Atletico Madrid to Barca in 2019. ESPN reported that the transfer cost $125 million, but Atletico claimed that Barcelona's payment was $83 million short from the agreed price.

After scoring multiple goals and winning titles with Barcelona, Griezmann transferred back to Atletico in 2021, per The Guardian.

Being one of the industry's most recognised players, the 31-year-old's fortune is estimated to be about $60 million, per Celebrity Net Worth. He has a $6 million villa in Madrid and drives luxurious wheels including a McLaren 675LT, Rolls-Royce Wraith, Ferrari F12 and Maserati Granturismo, reports The Sports Lite. Griezmann also donates to charity. 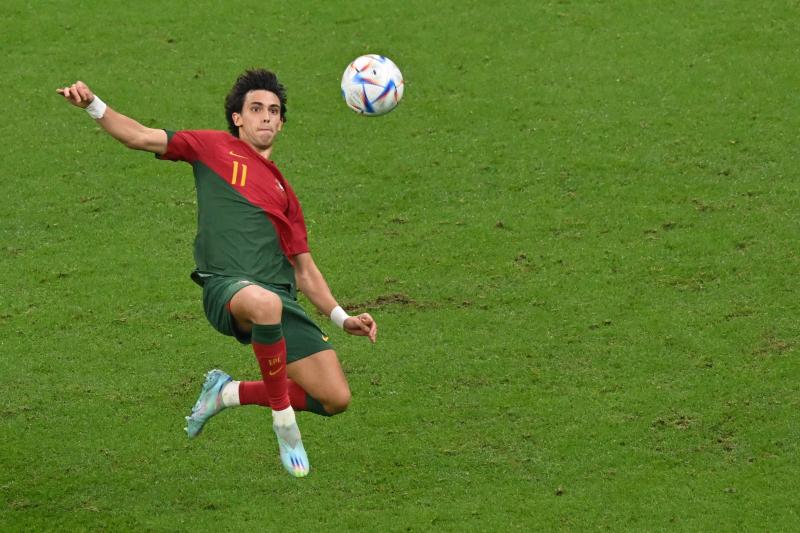 The 23-year-old Portuguese footballer plays as a forward for La Liga club Atletico Madrid and the Portugal national team. He was given the Golden Boy and Best Young Player of the Year awards in the Primeira Liga.

Atletico Madrid splashed out $130 million for Felix's transfer fee from Benfica in 2019, per Euro Sports. This was the second-highest price ever spent on a teenage footballer, per Rarest.org.

Felix also holds an impressive net worth of $25 million, per Celebrity Net Worth, which he likes to spend on high-end cars like the BMW X3M, as seen on his Instagram. 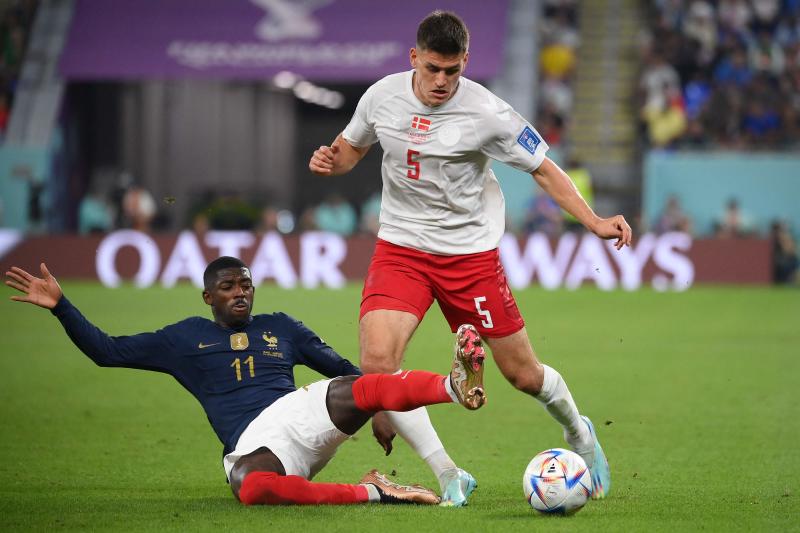 Ousmane Dembele kicked off his football career in 2016 with an international debut for France. After making a splash by hitting five goals, per Rarest.org, Barcelona paid a good $150 million to get him on their team, as per ESPN. It was said that the base fee was supposed to be $125 million with added payments of another $31 million.

Since joining his new Spanish team, the 25-year-old has made 32 goals and won two La Liga championships, as per Rarest.org. His current bank balance sits at about $35 million, per Celebrity Net Worth.

He currently owns a mansion in Barcelona and drives multiple Mercedes, according to FirstSportz. 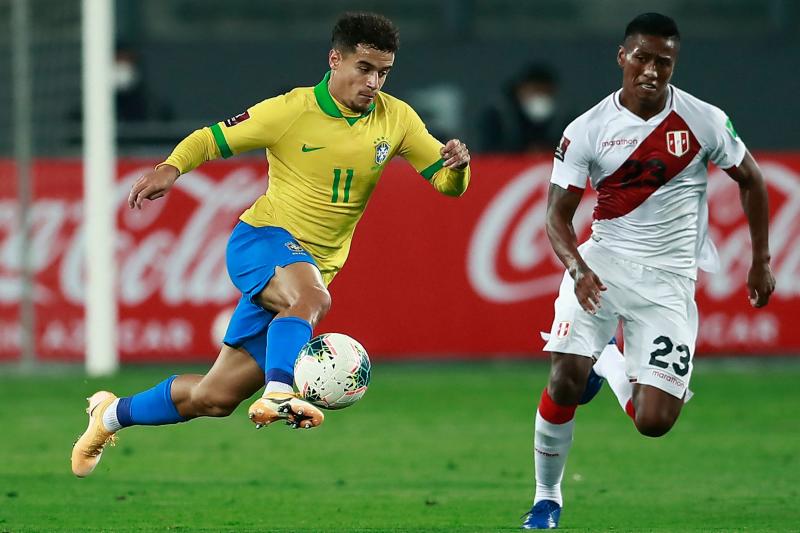 In 2018, Coutinho transferred from Liverpool to Barcelona with a gigantic $170 million deal, per The Guardian. The 30-year-old has a net worth of $60 million, as per Celebrity Net Worth. 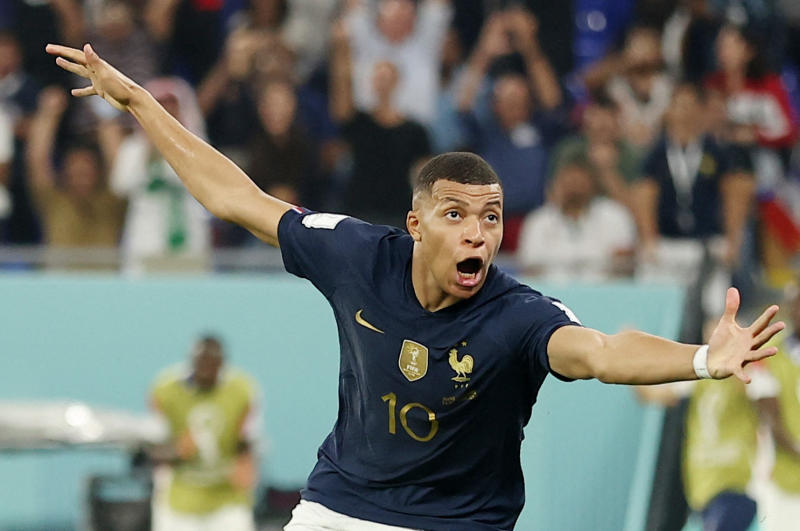 France's Kylian Mbappe celebrates after scoring a goal during a match between France and Denmark on Nov 26, 2022. (Photo: Reuters)

Kylian Mbappe made headlines in 2017 by becoming the most expensive teenager in football, per Planet Football, when he shifted from Monaco to French side Paris St Germain for a jaw-dropping $186 million, per Rarest.org. This amount has proven to be worthwhile as the athlete has scored multiple records and achievements since. This includes scoring four goals at the 2018 Fifa World Cup in Russia and becoming the youngest French goal scorer in World Cup history, per ESPN.

Thanks to his career, the 23-year-old enjoys a net worth of $150 million, per Celebrity Net Worth. He is said to own high-end rides like the Ferrari 488 Pista, Mercedes-Benz V Class and multiple Volkswagens. Despite these lavish purchases, he also said that he would give his World Cup 2018 bonuses to the Premiers de Cordees charity, which aims to organise sports for children with disabilities, states Goal. 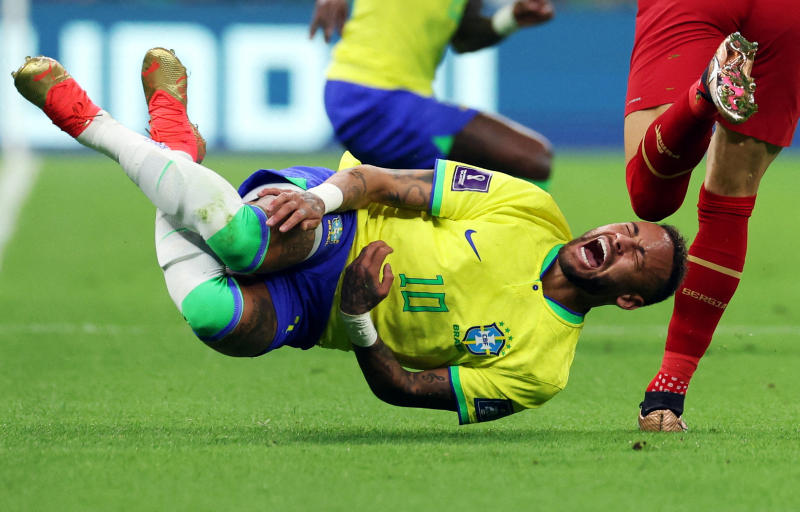 Brazil's Neymar reacts after a challenge from Serbia'a Sasa Lukic during a match between Brazil and Serbia on Nov 24, 2022. (Photo: Reuters)

The Brazilian native has previously held records in expensive transfers, but his most lucrative one yet was in 2017 when he moved from Barcelona to Paris Saint-Germain (PSG) for a whopping $230 million, states Rarest.org.

The 30-year-old also holds multiple football records including a Guinness World Record for the fastest goal in Olympic history, per BBC. He also became the first Brazilian athlete to appear on Time magazine's cover in February 2013. 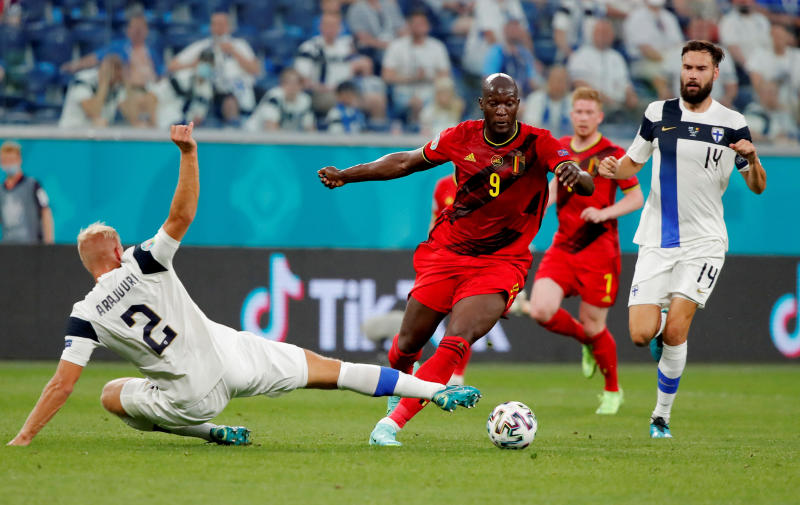 Lukaku overtook Neymar's world record of highest transfer fees when he achieved a combined transfer fee of $350 million as of February, per Football Transfers. The 29-year-old Belgian footballer has transferred between Anderlecht, Chelsea (twice), Inter Milan and ManU.

In June, according to Eurosport, Lukaku returned to Inter Milan for $8.3 million, less than a year after signing with Chelsea for $116 million.

These transfers have seen his net worth grow to $60 million in 2022, per Sportskeeda.

Lukaku splurges his cash on an expensive garage, which includes collections of Rolls-Royce models and various Mercedes, states Football Transfers. The article also claims that the footballer bought neighbouring flats in Milan to keep his mum and his son close while he concentrates on his games.