Morocco are in confident mood after their unbeaten run in the group stage. While all eyes will be on their forward Hakim Ziyech, their defence has played a vital role in Qatar. The Atlas Lions conceded only one goal with two wins (against Belgium and Canada) and one draw (with Croatia) in the opening round. Spain will try to bounce back from their shock loss to Japan in their final group game. With in-form striker Alvaro Morata, who is supported by the likes of Dani Olmo, Gavi and Pedri, the 2010 world champions should be able to get past Morocco, as long as Luis Enrique's men can stay focused for the entire game.

Many critics label Switzerland as an "ordinary team" without big-name stars. But consistency is their key as the Swiss often grind out a narrow win. They qualified for Qatar 2022 at the expense of European champions Italy and knocked out France at Euro 2020. Star-studded Portugal feature a large number of household names including Cristiano Ronaldo, Bruno Fernandes, Joao Felix and Bernardo Silva. It is likely to be Ronaldo's last World Cup and the superstar and Co will not allow this to be his last finals game. 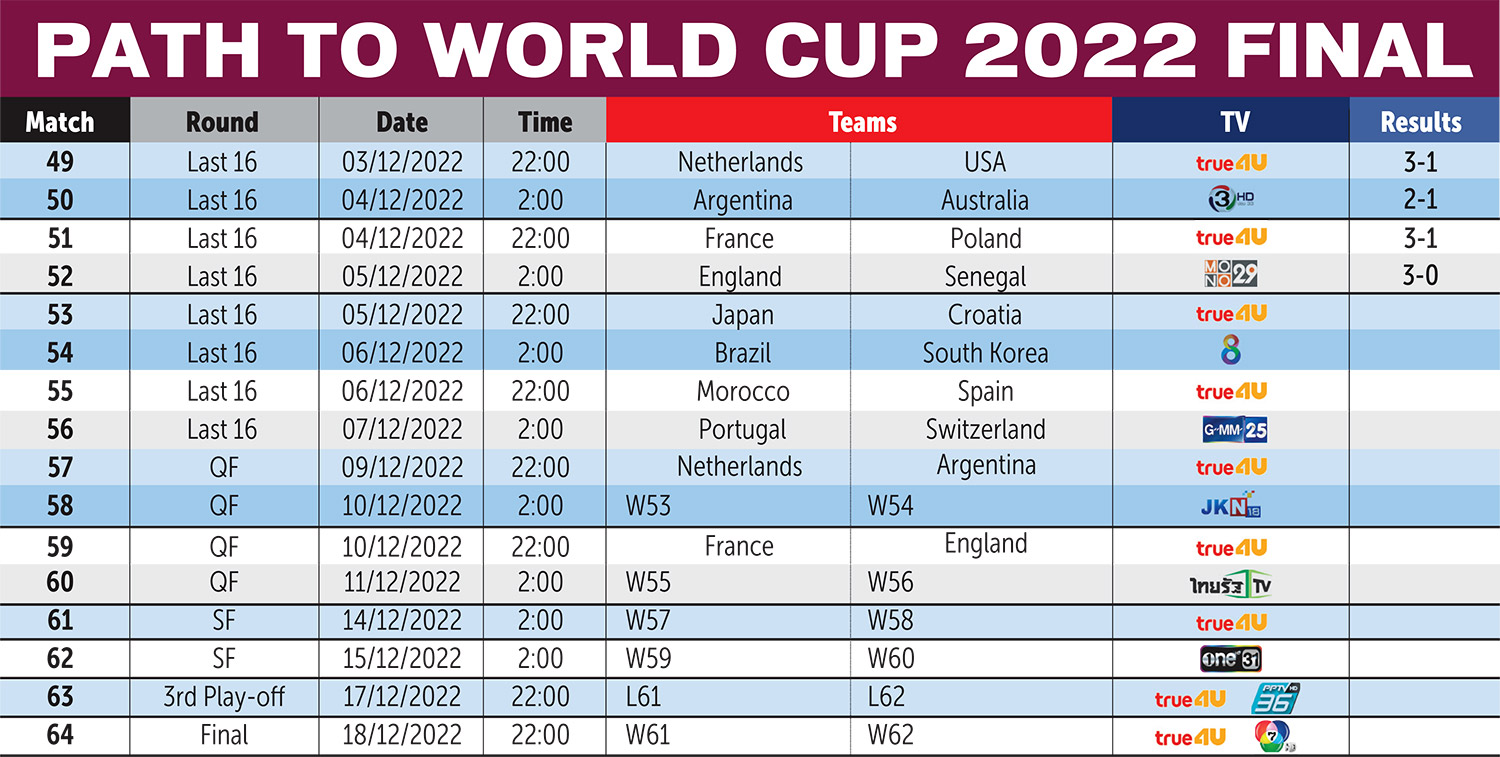