England have an unbeaten run in Qatar and look strong at both ends, scoring 12 goals and conceding just two in their first four games. Led by teenage midfielder Jude Bellingham, rated the most expensive player at the 2022 World Cup at about €200 million, the Three Lions thrashed Senegal 3-0 in the last 16. France feature in-form forward Kylian Mbappe who has scored five goals including two against Poland in the team's 3-1 win the last 16. Reports ahead of this quarter-final match has focused on "how can England stop Mbappe?" But the defending champions have several other players who can terrorise England's defence. They include the country's record goalscorer Olivier Giroud, Antoine Griezmann and Ousmane Dembele who could cause trouble for England defenders Kyle Walker, John Stone, Harry Maguire and Luke Shaw. France's defence, led by Raphael Varane, is not rock solid but their attackers will help Les Bleus move a step closer to their second title in a row.

Undefeated surprise package Morocco eliminated Spain on penalties after a scoreless draw in the last 16. The Moroccans' steely defence, which has conceded only one goal so far, is key to their run to the quarter-finals. But Portugal will be different opponents after their mesmerising attacking display in their 6-1 win against Switzerland in the previous round. Controversial superstar Cristiano Ronaldo was dropped to the bench and his replacement Goncalo Ramos became an instant hit when he scored a hat-trick against the Swiss. Ronaldo is expected to start on the bench again today, but Morocco will face the likes of Bruno Fernandes, Joao Felix and Bernardo Silva who have been impressive in Qatar. If things don't go as planned, Portugal coach Fernando Santos still have game changers on the bench such as Ronaldo and Rafael Leao. 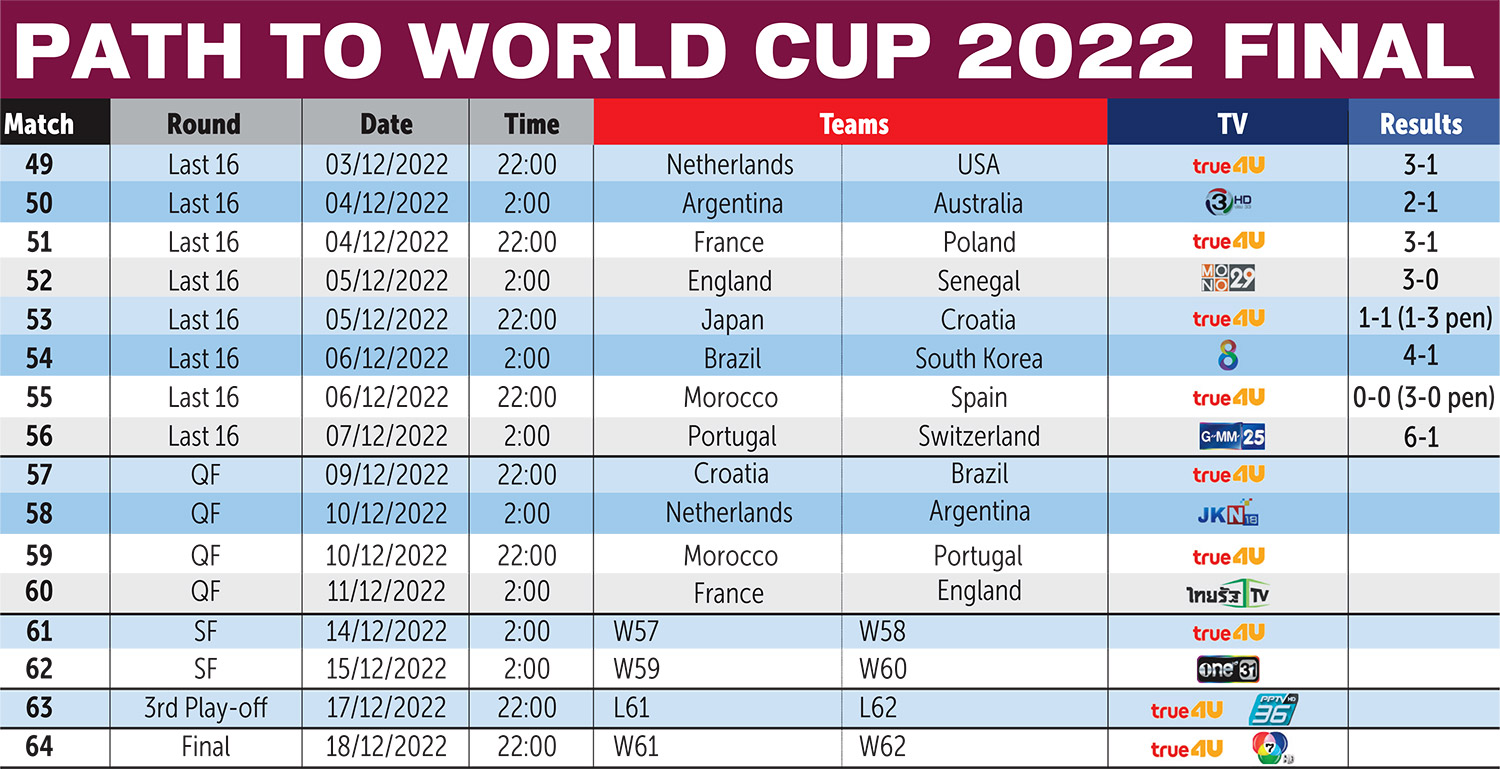