Bodin "Art" Issara, who was caught on tape chasing and beating his former badminton partner, Maneepong "A" Jongjit, during an international tournament in Vancouver, Canada, on Sunday issued a public apology, saying he lost his temper after A hit him with his racquet. 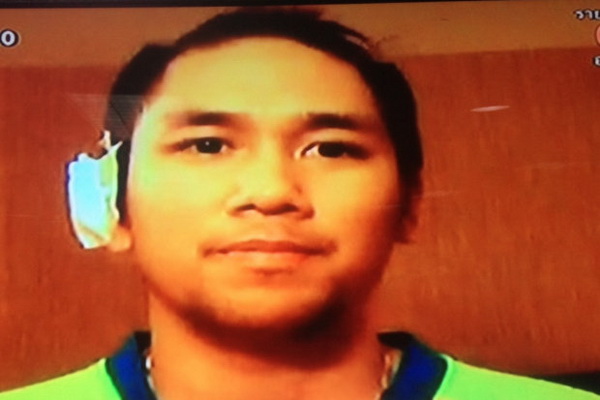 In his apology, which aired on Channel 3 late Monday afternoon, Art said he became angry, claiming A hit him hard in the right ear with his racquet.

“I’m Bodin Issara. I apologise for the incident that has occurred. It was because I was hit in the ear by a racquet, [so hard that] it bled and was ripped. This resulted in me losing my temper.

"I apologise to all Thai people for bringing disgrace on the country. I take all the blame and I would like this issue to end here. Thank you,” Art said.

Later, in his interview with the Channel 3, Art alleged that A provoke him several times and he exchanged heated words with him until a referee called them over and gave them a warning.

"After the first game, I told A to play nicely but he gave me the finger. I then lost my temper and ran to punch him. After that, the incident was just like what was shown on the video clip.” Art said.

Art admitted that he has feuded with A and not spoken to him after he left the Badminton Association of Thailand in January.