Judging system, safety standards, governance and status of women must first be addressed

The International Federation of Muaythai Amateur (Ifma) is working hard to meet requirements for a sport to become an Olympic discipline, according to the body's president Sakchye Tapsuwan. 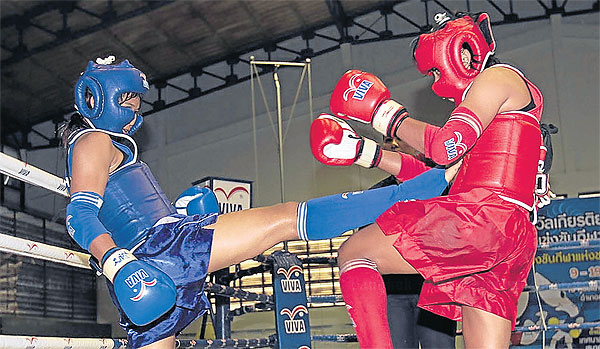 Ifma is working hard for Muay Thai to become an Olympic sport.

To feature at the Olympics, a sport must first be recognised by an international sport federation and then the International Olympic Committee (IOC). It can be a candidate to be included in the Games only after that.

As the 'governing body' of Muay Thai on the international stage, Ifma applied in June to be recognised by the IOC. Unfortunately, the application was rejected, but Ifma plans to make another attempt in December. "The IOC told us that they feel Muay Thai as a sport is quite good," said Sakchye.

"But they also said that we were short of something. One of the things is the sport's integrity, and that is why we are working hard on that."

According to Sakchye, the IOC cited several additional reasons when it turned away Ifma's application. A lack of a proper judging system, safety issues, conflicts of interest and insufficient opportunities for women were among the committee's primary concerns.

Also, another obstacle is an ongoing conflict between Ifma and its rival organisation, the World Federation of Muaythai (WMF), which claims to be the "leading representative of international Muay Thai".

This conflict came to a head last month, when the Amateur Muaythai Association of Thailand (Amat) announced it would not be sending any Thai fighters to compete in the muay [Thai] tournament at the SEA Games in Myanmar in December.

Hosts Myanmar have assigned one of the WMF's affiliate organisations to run the SEA Games tournament, and Sakchye, who is also Amat chief, said the decision was improper.

However, Sakchye dismissed suggestions that the problem with the WMF would impede Ifma's chances of being recognised by the IOC.

"No, that is not a problem, because we are the recognised Muay Thai body," he said. "Who recognise us? The Sport-Accord. For us to get recognition from the IOC, you have to first be a member of the SportAccord for at least five years. That body [WMF] has never come close to the Sport-Accord."

The SportAccord is one of the five international sport federations recognised by the IOC to collectively represent other sport governing bodies in order to maintain the integrity of the Olympic movement _ a broad term used to describe the principles and mandate of the Olympic Games.

Ifma does have the required membership. However, it is unclear as to whether or not it has taken enough additional steps to make its new application in December successful.

After Ifma's initial attempt failed earlier this year, Thailand's IOC member Nat Indarapana said the organisation had a long way to go before it would be successful.

"We will not see Muay Thai at the Olympics in the near future. It is a long process and Ifma must work harder," Nat said.

As for Ifma's planned application in December, Sakchye was measured in his outlook. "We will try our best. That is all I can say," he said.

SINGAPORE: After a drastic reduction in wildlife trafficking during the pandemic, authorities in Southeast Asia must act swiftly to stop smugglers getting back in business once border controls are relaxed, according to a forthcoming UN report.

The daily fatality rate is up again, to 143 from the previous 106, but new infections are down.

Security agencies have been instructed to again step up vigilance along the border with Myanmar, this time to prevent weapons smuggling.

Fewer Europe fans no worry for Harrington at Ryder Cup