NAY PYI TAW : Thailand will renew their football rivalry with hosts Myanmar in a Group B match in Yangon today.

But the match may not be as fierce as it normally is because both could reach the semi-finals together with a draw. 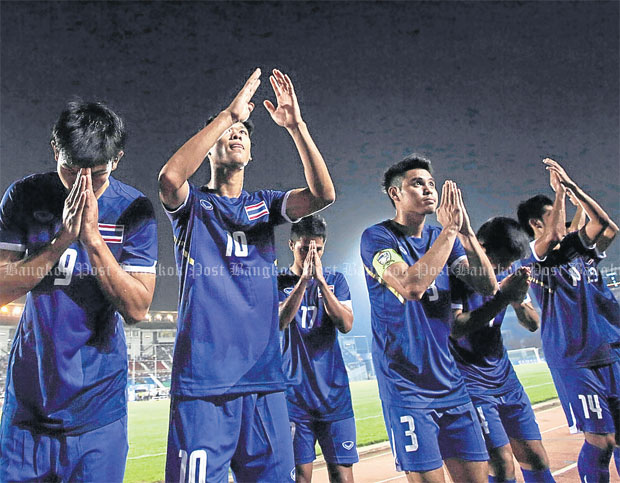 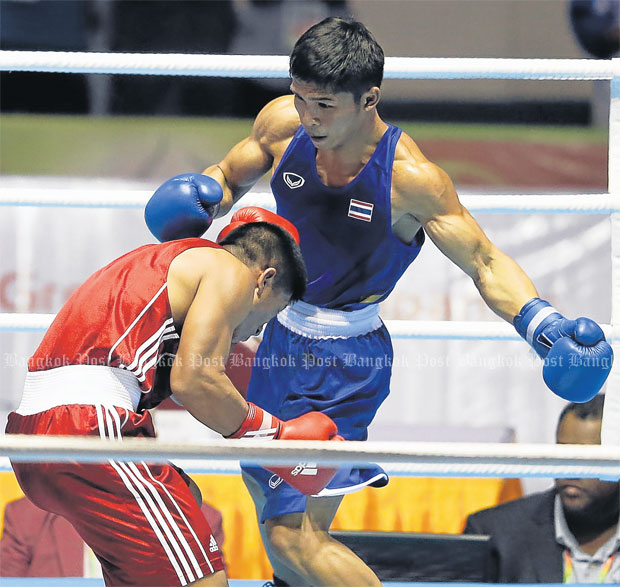 Thailand and Myanmar both have six points from two games with the other teams in the group being Indonesia, Timor Leste and Cambodia.

The top two teams of each of the two groups advance to the semi-finals.

Fresh from beating Timor Leste 3-1 and hammering Indonesia 4-1, Thailand are now confident they will reach the semi-finals after suffering two first-round exits at the 2009 and 2011 tournaments.

Thailand coach Kiatisak Senamuang yesterday said he may make wholesale changes to his starting line-up, depending on the outcome of today's first game between Indonesia and Timor Leste.

Indonesia, with three points from their narrow 1-0 win against Cambodia, will be eliminated if they lose to Timor Leste.

Kiatisak said he did not care much about who his men meet in the last four.

"Our aim is to win the gold medal," said Kiatisak, who won several SEA Games gold medals during his playing days.

A loss to Myanmar may be irrelevant as Thailand are expected to beat Cambodia in their final group game on Dec 16.

Worawi Makudi, president of the Football Association of Thailand, said yesterday the team would get 500,000 baht for a win plus another 100,000 baht for each goal they score.

Thailand are desperate to win back the gold medal. They won the title eight times in a row until 2007 but have since been eliminated in the first round twice.

People queue under monsoon drizzle for subsidised cooking oil in Yangon, waiting for one of the many commodities that have become scarce as economic misery strikes the city.