NAY PYI TAW : Thailand have won the overall title but failed to reach their goal of taking home 110 gold medals at the 27th SEA Games. 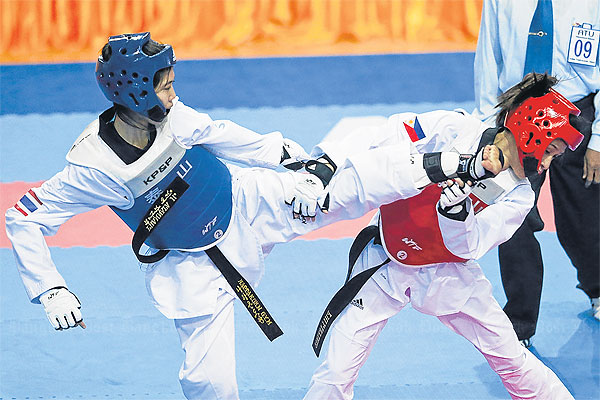 Thai taekwondo star Panipak Wongpattanakit, left, had to settle for silver after her controversial loss.

On the penultimate day of the biennial event, Thailand had 107 gold medals to hosts Myanmar's 84.

There are only two golds up for grabs in sepak takraw on the final day today and Thailand did not take part in the event.

Thailand targeted 110 gold medals from a total of 460 on offer. 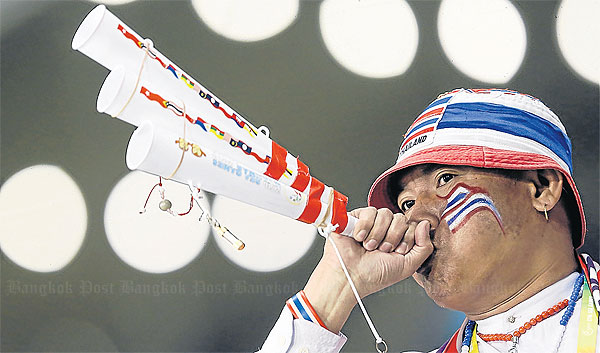 Panipak was leading 5-4 when her opponent was awarded three points for a head kick in the dying moments to win 7-5.

The decision was booed by Thai fans at the stadium. Thailand coach Choi Young Seok lodged a protest but the result stood.

A tearful Panipak, 16, said the kick landed on her shoulder. A kick on the opponent's head or face is three points while a kick on other parts is one point. 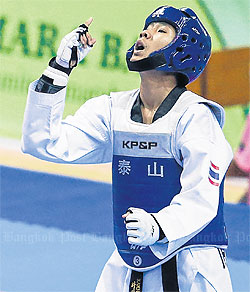 "It hit my shoulder and not head or face," said the Grade 10 student from Thepleela school. "I was really disappointed by the decision."

She said she felt under pressure throughout the fight because she was afraid of possible biased judging.

"Some people told me that the hosts really wanted this gold medal," she said. "I knew what I would face in the final. But it is hard to accept such officiating because I worked so hard for this tournament but was treated unfairly."

Ruengrit Saengkaew, secretary-general of the Taekwondo Association of Thailand, insisted the kick did not land on Panipak's head.

In yesterday's other matches, Ramnarong Sawekwiharee beat Francis Agojo of the Philippines 11-9 to win gold in the men's 54kg division, while Nattapat Tantramart got bronze in the men's over 80kg.

In all, Thailand took home six out of 21 gold medals in taekwondo with the other titles going to Vietnam (five), Myanmar (four), the Philippines (four), Laos (one) and Cambodia (one).

In muay, Thailand also complained about biased judging in their own martial art normally known as Muay Thai.

Panupun Panjad lost on points to Myanmar's Maung Too in the men's 67kg final as the Thai camp was upset by the decision.

Earlier in the Myanmar Games, Thailand threatened to stage a walkout from the tournament following what they claimed to be unfair treatment.

There were 14 gold medals up for grabs in the sport and Thailand won four from their six finals.

Having targeted five golds, the muay team was one short of their goal. 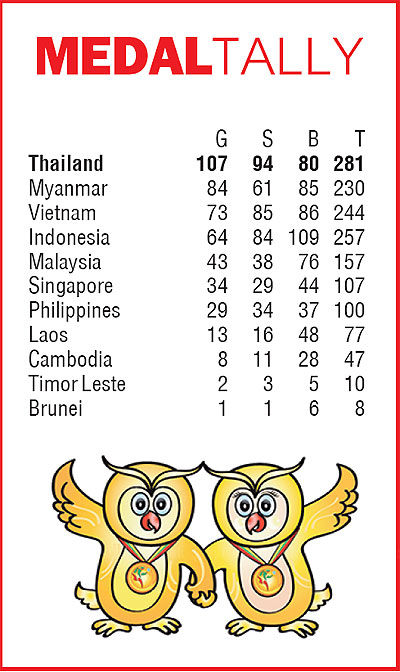 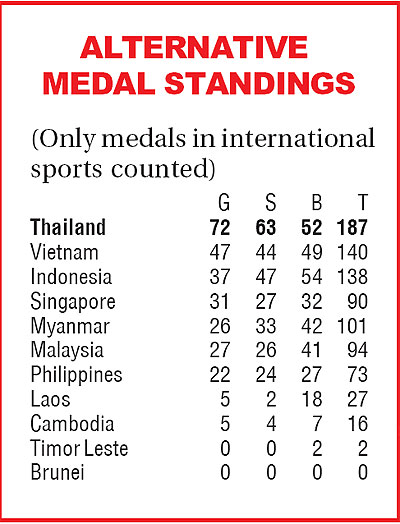