First strike for Ogier in Rally of Portugal
Sports

First strike for Ogier in Rally of Portugal

World champion Sebastien Ogier claimed the opening super stage of the Rally of Portugal on Thursday in a Volkswagen cleansweep. 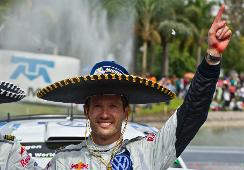 French driver Ogier, in a Volkswagen Polo, finished ahead of teammates Jari-Matti Latvala of Finland and Norway's Andreas Mikkelsen by 0.3sec and 2.2sec respectively.

Six stages will be held on Friday's first full day in the south of the country, in and around Faro.

US, Iran face off in winner-takes-all World Cup showdown