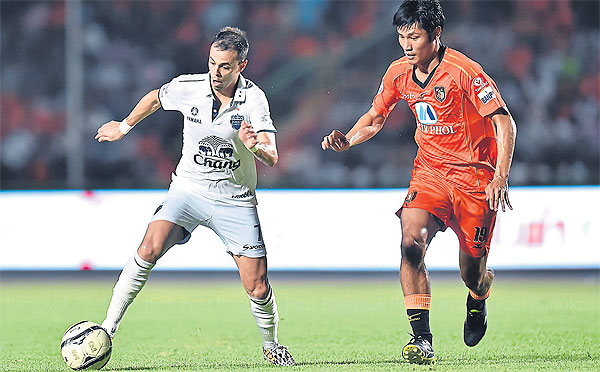 Midfielder Gonzalez was initially banned for the rest of the season for unsportsmanlike conduct when he kicked a bottle after being sent off in a League Cup match a few weeks ago.

Buriram then filed a suit with the Administrative Court against the FAT.

After yesterday's talk, organised by the court, the FAT agreed to reduce the ban to seven matches.

It means the Spaniard can play in Buriram's remaining six games in the Thai Premier League this season.

Gonzalez has already been sidelined for six matches and he will not be able to play in the League Cup final.

In return, TPL leaders Buriram agreed to withdraw their suits against the FAT filed with the Administrative Court and the Court of Arbitration for Sport (CAS).

Buriram manger Thadthep Pitakpoolsin said: "Indeed a ban of six or seven matches in such a case is still too harsh but let this be a thing of the past.

"Carmelo wants to return to help us retain the TPL title.''