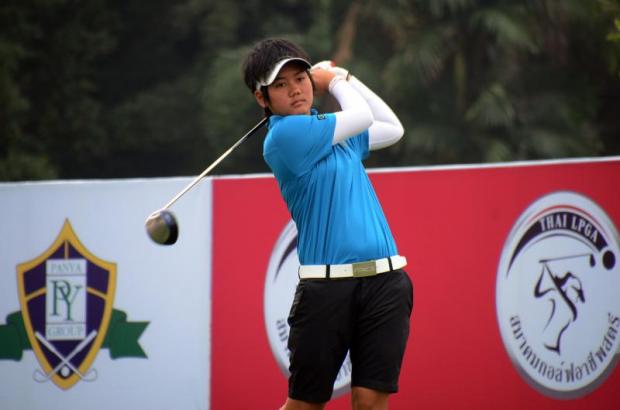 Pavarisa credited her putter for her good round and said she was confident that she would lift the trophy tomorrow.

"I putted really well today. I can look forward to winning the title if my putter remains hot," said the 20-year-old.

Pavarisa added that this year, she would play both in Thailand and China to gain experience and would try to qualify for the LPGA Tour again after reaching the second stage at the Q-school last year.

Sherman, 18, has won at the course as an amateur but she was cautious about her chance this time as she changed her swing recently. "I am a bit nervous hitting the ball with my new swing,'' she said.

Sherman, who failed in the third stage of the LPGA Q-school last year, will start her campaign at the Symetra Tour next month.