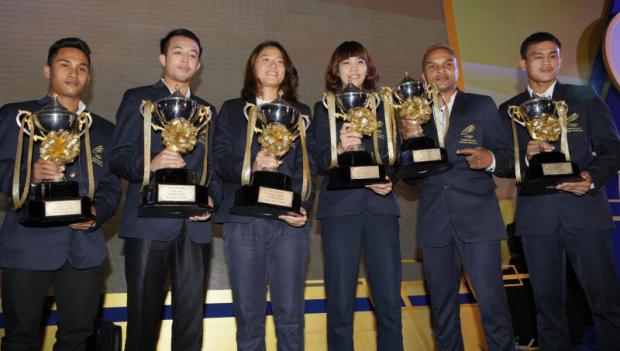 However, there were no shocks in the professional category as boxer Amnat Ruenroeng walked away with the honours at the annual award ceremony at Hua Mark Indoor Stadium.

The Sports Authority of Thailand surprisingly opted for Supak ahead of boxer Wuttichai Masuk and soccer star Chanatip 'Messi Jay' Songkrasin in the race for the best male amateur of the year award.

Supak made the list of probables after his victory in the amateur runabout stock division in the world championships in Florida. 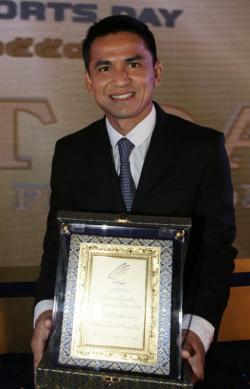 Wuttichai, who won the award last year, is currently the only Thai boxer to have qualified for the 2016 Olympics.

Chanathip, who cuts a popular figure with the fans, was instrumental in helping the U23 side retain the football crown at the SEA Games and has been a key figure in the full national team as well.

The full national football squad were voted the best and their coach Kiattisak Senamuang took the best amateur coach prize.

Sutiya, 29, became the first Thai to qualify for the 2016 Rio Games where she will be attempting to win an Olympic medal for the third time.

Thanyakorn is also guaranteed a place in the Rio Games while world No.5 Ratchanok, who is also the reigning Asian champion, is almost certain to win her second Olympic appearance.

The 36-year-old former inmate started the year with an impressive win over China's Zou Shiming in Macau in March and went on beat John Casimero of the Philippines in Bangkok and Lee Myung-Ho of South Korea in Hua Hin.

Thepchaiya became the first Thai to win the Six-red World Championship in Bangkok in September.

Surprisingly, Thongchai Jaidee, 46, who is up to No.28 in the world golf rankings, was not a finalist for the award.

Thongchai this year won his seventh title on the European Tour and became the first Thai player to make the International team in the Presidents Cup.

Newin Chidchob, whose Buriram United won a record five titles this year, and Chutinant Bhirombhakdi from the Thailand Paralympic Committee were picked as the best sports administrators.