PARIS - French tennis federation (FFT) managing director Gilbert Ysern, who is also director of the French Open, has been officially fired from his job, the FFT confirmed on Saturday. 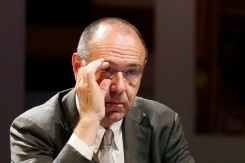 FFT vice-president Jean-Pierre Dartevelle told AFP that Ysern, who had held his position since 2008, had received a letter officially terminating his contract.

Ysern had been requested to leave the federation's headquarters on February 4 after weeks of disagreement with president Jean Gachassin.

The 59-year-old suggested that his dismissal was the result of internal disagreements within the federation's hierarchy.

"Several factors lead us to believe that it was the only and the right decision. Gilbert Ysern overstepped his role and went beyond the mission entrusted to him," FFT official Stephan Post told AFP.

Ysern's ouster has divided French tennis with Gilles Simon stating he felt "uneasy... at a brutal decision" with Julien Benneteau taking to Twitter to back his Davis Cup teammate's view.

Ysern's sacking is the latest in a series of controversies to shake the FFT with Davis Cup captain Arnaud Clement also evicted and replaced by former French Open winner Yannick Noah, a Sports Ministry report into the federation's management and the controversial choice of Guadeloupe as venue for the Davis Cup tie against Canada in early March.