The United Arab Emirates arrived in Bangkok on Tuesday for this week's King's Cup tournament. 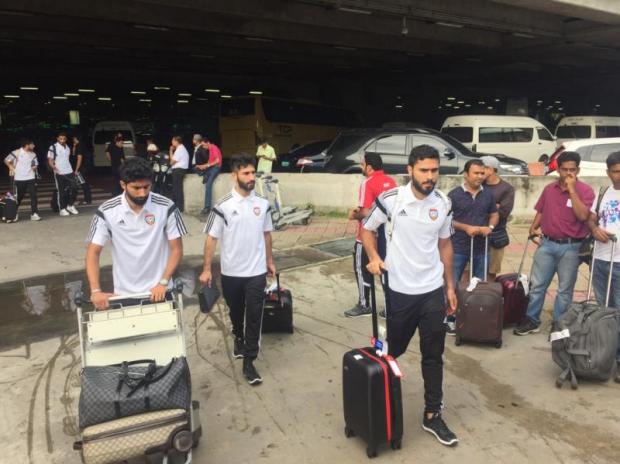 The UAE players arrive at Suvarnabhumi airport on Tuesday.

UAE coach Mahdi Ali said: "I'd like to thank the Football Association of Thailand for inviting us to play in the King's Cup tournament. It is a good opportunity for us to test our new players.

"I hope our team play Thailand in the final. We want to study their style."

On the opening day of the King's Cup at Bangkok's Rajamangala National Stadium on Friday, the UAE meet Jordan at 5pm and Thailand take on Syria at 8pm.

The winners will meet in the final of the four-team tournament on Sunday while the losers will play in the third-place play-off match on the same day.

The UAE and Thailand are in the same group in Asia's final qualifying round for the 2018 World Cup.

Apart from the UAE, Kiatisak Senamuang's men will also face Australia, Japan, Saudi Arabia and Iraq in the World Cup qualifiers for Russia 2018.

Somyot talked to several players and later told reporters that they looked fit physically and mentally.

"They told me they are ready for the King's Cup, and I told them to do their best for the country,'' he said.

"This will be a good experience for them before the World Cup qualifying round [which begins in September]."

TOKYO: More than 80% of Japanese oppose hosting the virus-postponed Olympics this year, a new poll published on Monday showed, with just under 10 weeks until the Tokyo Games.