A new animated series, based on a classic illustrated text, makes Buddhism accessible for everyone

No more learning about Buddhism through thick, ancient religious textbooks, thanks to Mind City -- an animated feature on Buddhism written by the late supreme patriarch Somdet Phra Nyanasamvara. 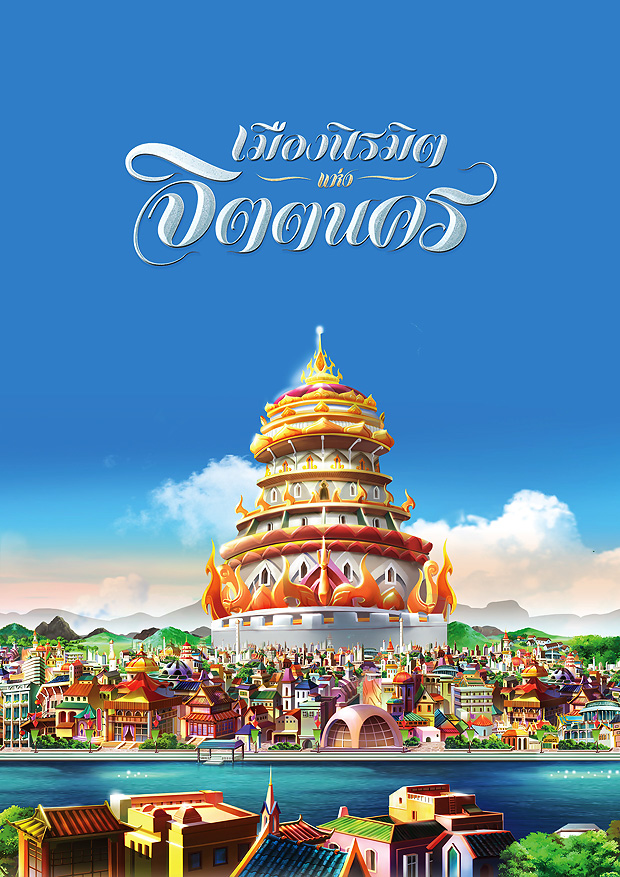 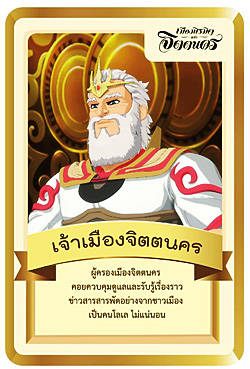 Developed by the Software Industry Promotion Agency (SIPA), the digital version of Buddhism learning aims to promote Dhamma teaching principles among adults and children alike, making them more enjoyable and easier to understand.

Written during the 1970s, the story of Mind City was once selected by HM the King to be published on the occasion of HM the Queen's 50th birthday in 1982. It is a story about an analogy between a city called Chittanakorn and the human body, with the heart as the city's ruler and the six senses as the city gates -- namely, the eyes, ears, nose, tongue, body and mind. The city's ruler also has two advisers -- Dhamma and Injustice. Each adviser has his own troupe. Dhamma has Consciousness, Reason, Precept and Modesty while Injustice has Anger, Wrath and Greed.

As the story develops, the two troupes start to fight. And to keep calm, the city's ruler has to practise mindfulness to set himself free from both the good and the bad powers. 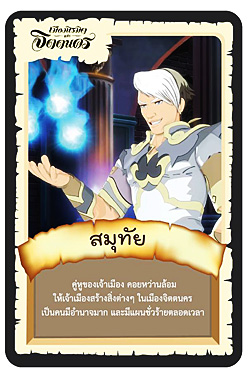 In commemoration of the late Supreme Patriarch, and to encourage the general public to learn the practice of mindfulness stressed by His Holiness in his writings, Wat Bovoranives Vihara decided to turn his teaching into an animated series. The 30 episodes of animation are designed for application in schools and academic institutions, for students and those interested in learning and comprehending the principles of Buddhism.

Buddhist monk Phra Anil Sakya, a professor at Mahamakut Buddhist University and assistant secretary to the late Supreme Patriarch, also plays a role in the production of Mind City, by sharing his opinion on important processes such as content verification, copywriting and character design. The animation series is scheduled to be completed by September 2016. The first five episodes, each taking around 20 minutes, have been done as pilot episodes and been promoted in over 20 schools nationwide. 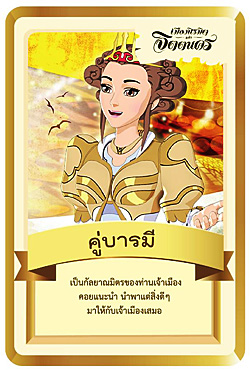 The good adviser speaks for dhamma.

The introduction episode starts with two kid characters learning about the story of Mind City told by their grandfather. At this point, the ruler is the centre of the city. Then in the first episode, viewers are introduced to the ruler's advisers -- the good and the bad. While the good one brings peace and happiness to the city, the bad one brings entertainment and beauty, but all have a hidden agenda to destroy the city.

The two kids have an adventure in Mind City because the ruler was warned by the good adviser that something wrong is happening. The kids thus follow the ruler to explore the city and they meet the village children, who were possessed by three bad conducts: misconduct in action, misconduct by mind, and misconduct by speech. These three things transform them into bad kids, leading the city to chaos.

As the story progresses, the audience learns through scenes and characters about dhamma principles.

Sipa has a plan to broadcast the Mind City animation series on free TV channels, and is working with organisations such as the Department of Religious Affairs and the Ministry of Culture. The animation series will be on school shows throughout the country, with the official launch in September. It will have English subtitles for broadcast overseas.