A visit to Affinity apps developers

One of my favourite apps released in the last couple of years is Affinity Photo: a full-featured graphics editing program for the Mac aimed at home users who need something more than basic tools, but who may not want to use Adobe Photoshop because of pricing models.

While on vacation in the UK last week, I drove up to Nottingham where I had once lived and called in at the offices of Serif, creators of Affinity Designer and Affinity Photo, not far from Trent Bridge. I spent some time with Ashley Hewson, the managing director.

The offices are open-plan and there is an infectious enthusiasm among all those working there, with development upstairs and a smaller telephone support line section downstairs. Some remodelling is taking place with a smaller warehouse area planned. The move from boxed sets to online delivery has generated several changes in the way software is handled. This is a forward-looking company, not sitting on past successes. 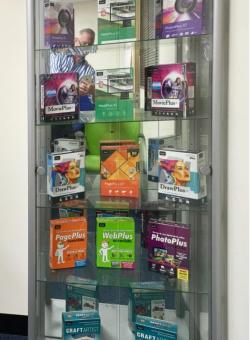 The company was set up almost 20 years ago with the Serif desktop publishing application for PCs. Several other PC applications were developed in the coming years. A few years ago, chief developer Tony Brightman put forward a new approach, which involved creating totally new core software modules that could work in scalable applications that could be ported to any platform.

The first result of this strategy was Affinity Designer. The company produced this for the Mac to put a stake in the ground. In 2015 it won an Apple Design Award. At the same time, work on Affinity Photo was going well. I was so impressed with the beta version, that when Affinity Photo was released I bought my copy from the Mac App Store right away. This was Apple's best Mac App of 2015.

Currently, a version of Affinity Designer for Windows is in beta and Ashley thinks it should be ready for release in a few months. Also coming soon is a Windows version of Affinity Photo which should be in beta in about three months. There is no specific timetable for the release of these (or other) products: when good and ready, I was told.

I was lucky to have a look at an early version of Affinity Photo for the iPad. This was running on an iPad Pro and took full advantage of the Apple Pencil. Even in its pre-beta state, this was amazingly fast. Most of the features of the desktop version should be available. It uses the same basic engines as in the desktop, so is a good example of the way the early development of these applications can be ported to other platforms -- it is the User Interface that differs, not the underlying engines.

Because the app runs on Metal, it will not work on earlier iPads and will be suitable for the iPad Air 2 and above. From what I have already seen, this goes to the top of my must-have list. 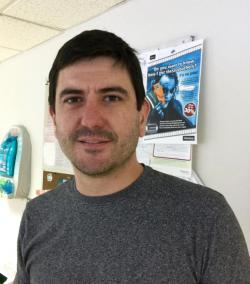 There are other products being developed for the future, including Affinity Publisher which is planned for some time in 2017 and a new Digital Asset Manager application. Referring to this, I compared Aperture, which I use, Lightroom and the Phase One application, each of which not only manages image libraries but also allows a good level of editing. Ashley said he also liked Aperture and that this was the sort of direction they were intending. There is no date for this as yet, but they are aiming at around the end of 2017 or the beginning of 2018.

Also in the pipeline is a version of Affinity Photo for Windows. This is the most popular Mac application of those the company produces, so putting this on to the more widely-used Windows platform is a smart move. Of his own preferences, I asked Ashley Hewson if he had a favourite from other developers. He told me he liked ProCreate because it was nice to use. It was so well written he had a good appreciation of the application and respect for what had been achieved.

For users who do not need the full range of features that Adobe Photoshop provides, Affinity Photo is an excellent substitute. Its popularity has been enhanced since Adobe moved to a subscription model, which did not please all of its customers. Another strength is workflow integration between the applications -- all products share the same file format. An image can be edited in Affinity Photo and then adjusted some more in Affinity Designer, with any alterations and layers recognised by Affinity Photo when used again. The same will apply to other applications in the range.

I know some here use Affinity Photo, but full details of all current output can be seen at www.affinity.serif.co, where free trial software is available, including the beta for the Windows version.

Graham K. Rogers of Mahidol University's Engineering Faculty, has OS X-flavoured web pages at www.extensions.in.th/index4.html and he can be followed on Twitter (@extensions_th). 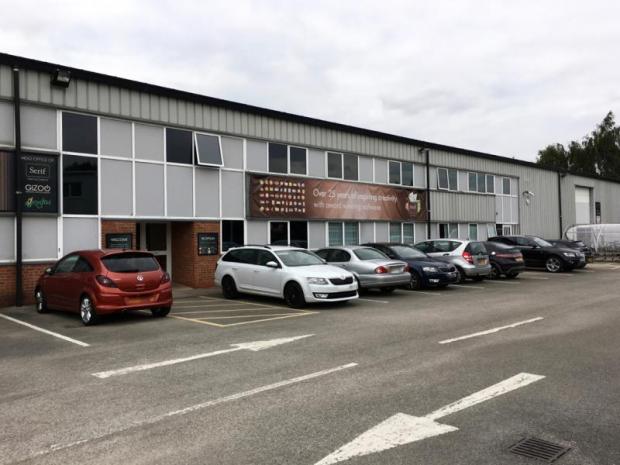 The 'factory' where Affinity products are developed. photo: 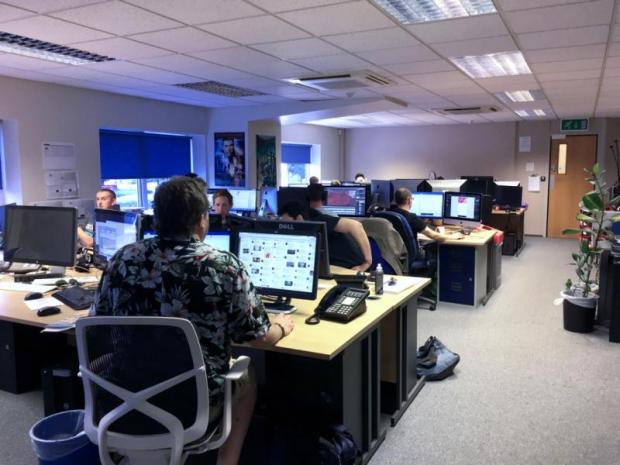 Majority worried by removal of marijuana from narcotics list: Poll

A majority of people say they are worried about negative impacts which may follow the removal of marijuana from the narcotics list, according to a survey by the Suan Dusit Rajabhat University, or Suan Dusit Poll.

Paetongtarn "Ung Ing" Shinawatra, the youngest daughter of former prime minister Thaksin Shinawatra, has emerged to be on top of other potential rivals for the post of prime minister in a popularity rating of political figures by the National Institute of Development Administration, or Nida Poll.

GENEVA: The World Health Organization's chief said Saturday that the monkeypox outbreak was a deeply concerning evolving threat but did not currently amount to a global public health emergency.