VENICE - Even having Jesus as its central character could not save a virtual reality biblical epic from the bile of slightly nauseous critics at the Venice film festival. 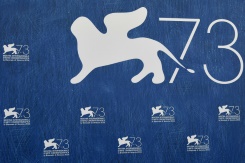 "Jesus VR, The Story of Christ" was shot in 360-degree 4K video so viewers can see everything going on around them from all angles

"Jesus VR, The Story of Christ" is billed as the first feature-length flick made for a virtual reality platform, allowing viewers to be present at both birth and crucifixion in a 90-minute re-enactment of the key events of the New Testament.

Headsets strapped on, critics at the world's oldest film festival were given a taste of the film, which was shot in 360-degree 4K video so viewers can see everything going on around them from all angles.

"We saw this not as much as a movie, as a way to travel back in time," said producer Alex Barder, from virtual-reality production firm VRWERX.

The film was shown in a new VR Theatre on Venice's Lido, built complete with pivoting seats.

Shot on location in Matera, the Italian village where Mel Gibson's violent drama "Passion of the Christ" (2014) was filmed, the experience takes you through the defining moment's of Christ's life: his birth in a stable crib, his baptism, the last supper with his apostles and his death by crucifixion.

Except that the technology is still in the teething stages.

So rather than having the sense they are walking alongside Christ, the viewer's perspective is that of being a spectator standing or sitting near the blandly-portrayed prophet.

"I was hoping you'd have a sense of Jesus as a kind of mystical apparition, something a bit more than a low-quality actor in a robe," said one disappointed critic.

"A startling, bizarre, often weirdly hilarious experience," was the verdict of Britain's Guardian, which spared no punches over the production's "dire" acting and "awful" direction.

The end product, directed by David Hansen, is expected to become available by Christmas on all major mobile and premium VR platforms from Google Cardboard to PlayStation VR. But it is a film strictly for believers.

The vaguely sea-sick sensation caused by swivelling around in chairs to see what's happening behind would - in the view of AFP's reporter - have been a price worth paying for running with the dinosaurs or dodging maces swung by Attila the Hun.

With the quality of the images no higher than that of a magnified cell-phone screen, even Christ's agonising death on the cross failed to engage the preview audience.

As it was, viewers found themselves distractedly wondering why they appeared to be sitting on the hut's cooking fire as Jesus washed feet, or turning round to stare at the extras in case they did something.

"The technology is still in the early stages," Barder admitted, though he defended the subject choice, saying the majority of people canvassed (in the US) had said Jesus's life was the period they would most want to be able to visit.

"It's the most important story told in a way a story has never been told," he said, before refusing to reveal who had stumped up the funding for the venture or how much it had cost.

"Jesus VR" can be watched in chapters and also as a full-length experience. The festival's director Alberto Barbera had earlier said the project showed the new platform's narrative and technological potential.

Venice's new film market, the Production Bridge, is presenting six VR projects among the 40 films, television series and documentaries looking for financing at this year's festival, which runs until September 10.