Words that live on
Tech

Words that live on

While a lot of bookworms and collectors are hunting newspapers, magazines and special publications printed in tribute to His Majesty King Bhumibol Adulyadej, some digital channels are also available to keep memories about the late King alive. 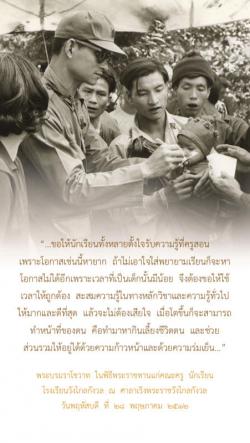 (Father's Teachings) was developed by Jack Siraprop and released last month. It's basically a text-based app featuring a number of His Majesty's words of wisdom. Each of his teachings is accompanied by information as to when and on what occasion it was said.

Upon clicking each of His Majesty's teachings, users will be allowed to share them via message, email, Twitter and Facebook, or to save them on their smartphone. All the text is in Thai, however, and the app is available only in the App Store for now.

Then we have Phra Achariyaphab Kong Paen Din (The Land's Genius), released last month by Cloud Innovation. This app compiles the works of His Majesty as well as his royal initiatives in the form of a video documentary. The app also features still images of the late King from his childhood up to his hospitalisation at Siriraj.

The application also compiles his musical compositions, including but not limited to Candlelight Blues, Love At Sundown, Falling Rain, Near Dawn, H.M. Blues and many more. The app is available in both the App Store and on Google Play.

Suk Por Tee Por Sorn (Happiness From Father's Teachings) was developed by the Office of His Majesty Principal Private Secretary, in collaboration with the Electronic Government Agency (Public Organisation), under the Ministry of Digital Economy and Society to mark His Majesty's birthday in 2014.

The app is divided into nine sections: Education, Justice, Harmony, Responsibility, Public Benefits, Development, Sufficiency, Virtues and Happiness. Each section is comprised of teachings from the late King, accompanied by old photographs featuring works from all through his reign. The interface is easy to use. Upon entering, users are required only to select the section they want to visit and swipe the page to read the next teaching.

Suk Por Tee Por Sorn is available in Thai only, and can be downloaded from the App Store and Google Play. 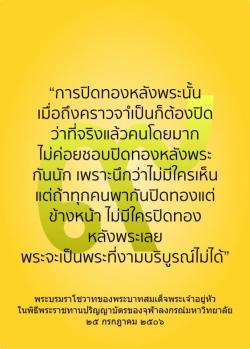 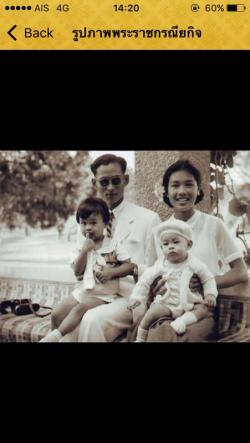 Staff members of Thai embassies in Bahrain and Saudi Arabia have contracted the novel coronavirus, according to the Foreign Ministry.

US health chief arrives in Taiwan on trip condemned by China

TAIPEI: US Secretary of Health and Human Services Alex Azar arrived in Taiwan on Sunday as the highest-level US official to visit in four decades, a trip condemned by China which claims the island as its own, further irritating Sino-US relations.