Blockchain technology is headed for widespread adoption in Thailand within two years, necessitating legal amendments to support its use, say academics and technology experts.

"The adoption of blockchain technology is expected to be widely seen here by 2018, thanks to its capability of transferring valued assets with trustworthiness, transparency and security," said Bhume Bhumiratana, a blockchain specialist.

Globally, the three sectors that have seriously adopted blockchain technology are finance, healthcare and government. Thailand lags behind global peers but is still a leader in Asean in the use of the technology.

Blockchain might be complicated to understand but it is not expensive to implement, said Mr Bhume, adding it requires programming skills but costs less in terms of systems maintenance. This will encourage many businesses to adopt blockchain technology very fast, depending on different business objectives and models, he said. 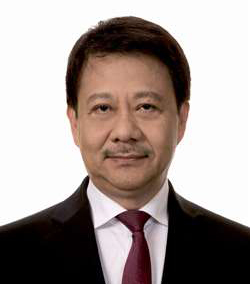 "Policymakers need to understand this technology and consider relevant regulations before adopting it," he said.

Moreover, the upcoming data privacy law should take into account the sharing of personal data for public use via blockchain, such as for patient records in hospitals.

"There are also data residency/sovereignty laws to consider, where certain countries do not allow the transfer of sensitive data outside the country of origin," said Mr Dhiraphol.

For the banking and finance sectors, he said blockchain would allow international money transfers without financial institutions, so banks and financial institutes will have to prepare for fiercer competition. The regulators should think about laws for the changing markets as well.

WASHINGTON: President Joe Biden on Thursday stepped up actions to combat the spread of Covid-19's surging Delta variant, asking every US federal worker to either declare they are fully vaccinated or wear masks and be tested.

With a new shirt, Thai badminton star Ratchanok Intanon comfortably beat Gregoria Mariska Tunjung of Indonesia 21-12, 21-19 to reach the quarter-finals of the women's singles at the Tokyo Olympics on Thursday.