Travel at your fingertips
Tech

Travel at your fingertips

Comparing air ticket prices from site to site can sometimes be full of hassles. But mobile application Penguint provides travellers with a more convenient way of air ticket reservation with the best deal.

"We can offer lower prices than other airline booking platforms because we change the way of selling the ticket by creating a platform that pools the best prices of every airline and we use algorithms analysing the best deals -- all run by a robotic system," said Asia One Click CEO and co-founder Kittikorn Kunnalekha.

Asia One Click is a brainchild of AI Soft team, who developed online travel solutions more than 15 years ago. In 2005, the company teamed up with Amadeus and launched Thailand's first internet booking engine, which was sold to many travel agents in the Asia Pacific region in 2010.

The team at AI Soft founded Asia One Click because they consider tourism a huge market and saw the need for a Thai company. The online tourism market is dominated by foreign companies.

"In 2014, we believed that online travel market in Southeast Asia would be huge," said Taxsa Bunnag, COO and co-founder, citing figures from Google that e-commerce and travel will make up more than 90% of total online retail spending in 2025. 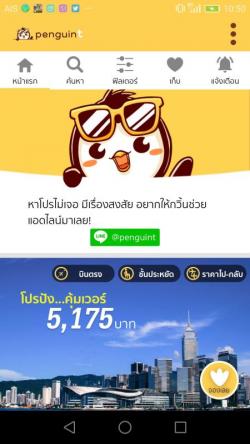 The total market of online hotels and airlines market in Thailand in 2015 was around $3 billion and will increase to $19.8 billion in 2025, about 18% of a 10-year compound average growth rate. In the online travel market, airlines and hotels will earn the highest proportion.

"We believed that this is a great potential and opportunity of online travel market in Thailand and in this region," Taxsa said.

Penguint was developed based on the company's expertise and experience of integration with the back-office system of airlines worldwide.

"Integration in the back office with airlines is a barrier advantage and this is our strength," the COO said.

"In the online world of travel, most people only know Agoda and Booking.com. Penguint is a newcomer. If we do the same thing, we will be never discovered, hence we chose not to cover the hotel market," said Vachara Aemavat, chief security officer and co-founder.

Vachara added that the Thai travel market is not completely online, but a combination of online and offline. The purchase of air tickets has evolved greatly. Customers search for information online and call the airline. However, if they don't want to make many calls, they prefer to do it online.

"The app development is based on user feedback. Some request low-cost airlines, hotels or want it in English. Once feedback is clear, we usually put it to use almost immediately," he said, adding that air ticket prices are very much fragmented and even on the same route, prices may vary.

"In future, we will do a monthly report as to where people like to go so that travellers can plan more efficiently. For example, if customers know that in April air ticket prices to Japan are more expensive, they can plan to travel prior to that period."

Having launched unofficially two months ago, the app has 20,000 downloads. 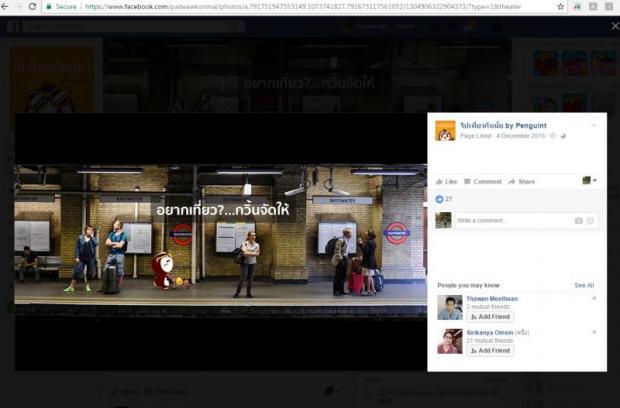 Cardiac arrest was determined to be the cause of death of the volunteer rescuer who died after receiving a third shot of the AstraZeneca Covid-19 vaccine in Ratchaburi, doctors said on Sunday.