Depa hopes to build smart cities in EEC next year

The Digital Economy Promotion Agency (Depa) says it can begin implementing an action plan for the development of a digital ecosystem conducive for innovation-driven enterprises in three eastern provinces in 2018. 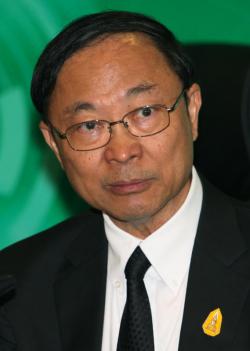 The development is part of the government's efforts to transform the three provinces -- Rayong, Chon Buri and Chachoengsao -- into smart areas in the Eastern Economic Corridor (EEC).

The move is also aimed at promoting investment in new S-curve industries in the EEC, said Depa president Nattapol Nimmandpatcharin. These industries are meant to drive growth and consist of robotics, aircraft, digital business, biofuels and biochemicals.

Depa was assigned by the Digital Economy and Society (DE) Ministry last month to draft an action plan for the development of smart areas in the EEC.

"We expect to complete the action plan in July this year and submit it to the EEC committee chaired by Prime Minister Prayut Chan-o-cha for consideration," said Mr Nattapol.

The plan is expected to be implemented in 2018, he said.

Mr Nattapol said the plan will focus on the development of a digital data management platform, entrepreneurship promotions, a data analytics centre, a skilled digital workforce, and a digital community.

In addition, it should offer e-government service, incentives for foreign direct investment, and a strategy for innovation in the logistics industry and transport systems, he said.

Depa is also in charge of the development of high-speed broadband internet infrastructure and free WiFi access in smart cities development areas.

Mr Nattapol said the development of three smart areas in the EEC is part of the government's smart city roadmap that started with Phuket as the pilot programme in 2016, followed by Chiang Mai in early 2017 and Khon Kaen by this year-end.

The government initially planned to spend 386 million baht to turn Phuket into a smart city. The investment budget for Chiang Mai is 36 million and Khon Kaen 15 million.

DE Minister Pichet Durongkaveroj said the government learned from the development of Phuket as a smart city that collaboration with the private sector has proved a success, especially when it comes to sources of funding.

He said the establishment of city development companies through the public-private joint venture model is the most effective strategy for developing smart cities in the long run.

"Development of smart city projects will not be implemented effectively solely by the state because of their large scale," said Mr Pichet.

He urged local businesses in other provinces across the country to establish a city development company to enhance the use and management of digital infrastructure assets, paving the way for smart cities in the future.