Nostra Map, provider of a map data and location content service on smartphones and tablets, has released its new updates in time for Songkran.

GlobeTech, the solution provider of Nostra Map Thailand, launched the new layer on the Nostra Map app which includes interesting tourist attractions to visit during the Songkran festival.

The new version features the identification of over 35 water splashing events nationwide through a navigation service.

Wichai Saenghirunwattana, general manager at GlobeTech, said activities on the app include sprinkling water onto Buddha images, flower alms offerings to Buddhist monks, pouring water on the hands of revered elders to ask for blessings and more. They all are the great traditional activities that have been inherited from ancient days.

You can explore recommended popular locations nationwide today by logging on to the application and tapping "Songkran Festival 2017". Nostra Map is compatible with both iOS and Andriod devices.

The app is available for free at Google Play store for Android and iTunes store for Apple devices. 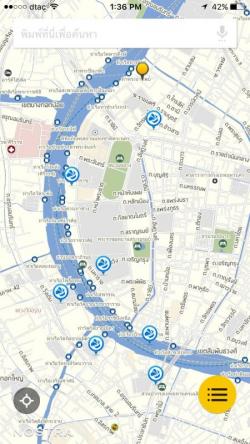