Mr Tewit shows a customer how to pay for their meal with bitcoin. (Photos by Pawat Laopaisarntaksin)

Lim Lao Ngow, a fishball noodle shop, has been running for more than 80 years in Bangkok's bustling Chinatown. It remains a lucrative and vibrant business.

Even with six busy branches, Tewit Boriboonchaisiri, 28, the third-generation owner is not complacent. He is changing the character of the restaurant by opening up a new branch to attract a younger group of customers. 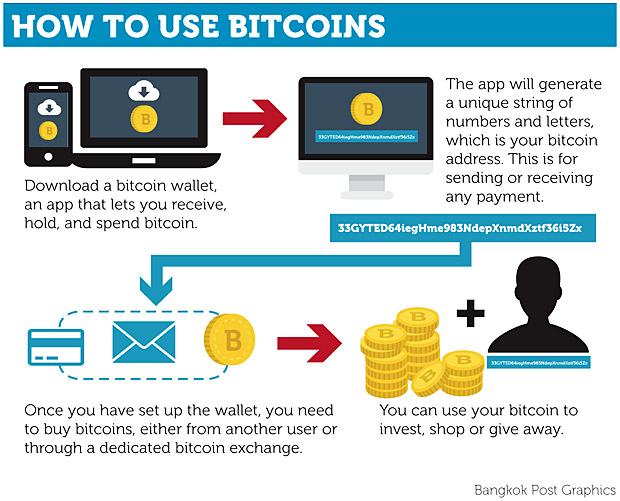 "To prevent our restaurant from becoming stale we need to rebrand it to become more modern," says the tech-savvy Mr Tewit. "This new branch, located in Siam Square One, has a more modern character, operating as a bistro with variations of the original menu and using the latest technology."

Orders are taken on tablets at the new branch, and marketing and collecting customer information are done through Line messages.

But the restaurant has received the most attention because of a post on its blog that it will start accepting bitcoin, a cryptocurrency used around the world, for payment at the branch. It claims to be the first noodle shop in Thailand to accept bitcoin. 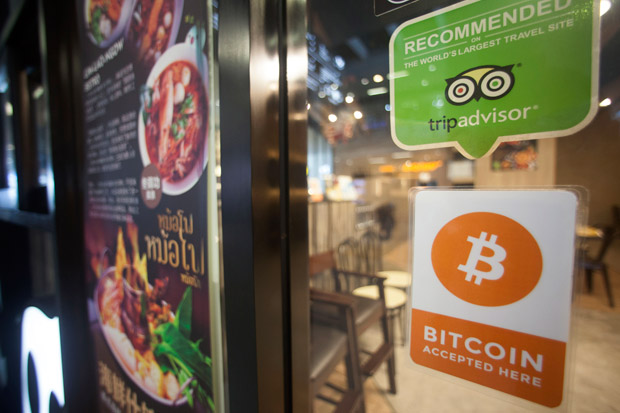 "I think cryptocurrencies or digital currencies will become a very important technology in the future," he says. "These technologies will definitely change the way we make financial transactions."

Mr Tewit says the first week after it started accepting bitcoin only around 10 customers paid their bill with it, though a lot of people visited the restaurant to check out the new technology.

"It's still not a normal part of life for Thais to carry bitcoins and spend them in their daily life," he says.

Mr Tewit says though a lot of Thais trade and mine bitcoins, only a small number of shops and restaurants in Thailand accept it for payment. 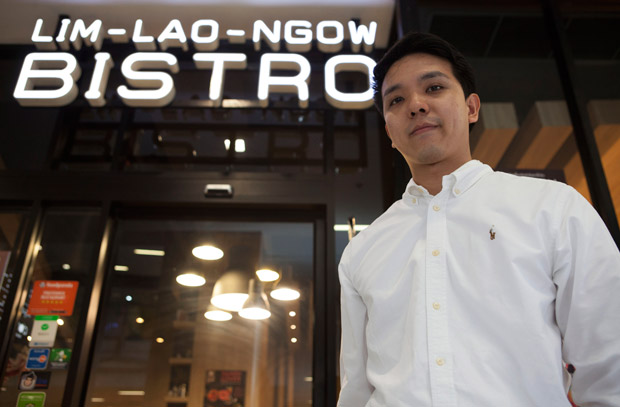 According to Coinmap.com, a website for locating shops that accept bitcoin for payment, there are only 49 shops, restaurants and hotels in Thailand, including Lim Lao Ngow, that accept it.

"The main reason I decided to accept bitcoin in our restaurant is to send the message that it can work. I hope other restaurants or shops realise they can also do this," he says.

Bitcoin is a type of cryptocurrency, a digital asset designed to work as a medium of exchange using cryptography to secure transactions and to control the creation of additional units of the currency.

Bitcoin became the first decentralised cryptocurrency in 2009. Since then, numerous cryptocurrencies have been created, ranging from clones of bitcoin to others that are fundamentally different.

The total market value of global cryptocurrencies has skyrocketed to more than US$100 billion from $50 billion at the beginning of this year thanks to some of them being legally accepted by governments in many countries including Japan and South Korea.

The major players are bitcoin and ethereum, accounting for $46 billion and $36 billion, respectively, or more than 80% of the total market capitalisation.

How does bitcoin work?

First, a user must install a bitcoin wallet on his or her computer or mobile phone. This will generate your first bitcoin address. You can disclose your address to your friends so they can pay you or vice versa. This is pretty similar to how email works, except bitcoin addresses should only be used once.

"It is quite easy to set up the system and make payments with bitcoin," says Mr Tewit.

Shops will have to download a blockchain merchant application on their electronics devices such as smartphones or tablets, then register for the bitcoin wallet to store the currency.

When making a payment, the restaurant will fill in the amount in baht terms, then the application will convert the amount into bitcoin terms with the current exchange rate and generate a specific QR code for the transaction.

Customers scan the QR code through their bitcoin wallet app, wait for confirmation from distributed ledgers, and then payment is made.

"The confirmation takes a few minutes, but I think it's not a very big deal," he says.

Like most Southeast Asian countries, the legal status of bitcoin remains a grey area in Thailand. The central bank in 2013 briefly banned trading in bitcoin.

Early in 2014, the Bank of Thailand lifted the ban on its usage, but would not be held responsible for any losses incurred in digital holdings. It also issued a statement warning consumers bitcoin is not a currency and it comes with inherent risks.

Mr Tewit is a technology enthusiast who regularly surfs crowdfunding sites such as Kickstarter.com and Indiegogo.com to look for new, innovative products.

Bitcoin caught his interest and because he has zero experience with cryptocurrencies, he researched the regulations and risks associated with bitcoin before deciding to accept it for payment in his restaurant.

"I found the Bank of Thailand hasn't legalised bitcoin as a method of payment, but that doesn't mean it is illegal to use it," says Mr Tewit.

He says the central bank's stance implies that transactions made with bitcoin will not be protected under Thai law, meaning users of bitcoin assume all risks associated with it, the main one being price fluctuation.

Ivan Chupis, the owner of One Love Dome, a unique dome-shaped bungalow on Hin Kong Beach on Koh Phangan, recently decided to accept bitcoin for payment. He likes it and considers it an investment.

Mr Chupis gives a 15% discount to guests who pay by bitcoin.

"Bitcoin is sort of a new investment," he says. "Once it is transferred to me, I do not immediately convert it into cash, holding it for perhaps two months. This allows the bitcoin rate to possibly appreciate."

His bungalow welcomes three cryptocurrencies for payment, which he believes helps diversify the foreign exchange risk because when one of them falls, others may appreciate to offset the loss.

Jirayut Srupsrisopa, a Thai bitcoin guru and the founder of coin.co.th, said the bitcoin price, like other investment assets, is a combination of speculative value and intrinsic value.

"The current price of bitcoin is too high because of speculation and the limited supply, plus the expectation that many people will use this currency in the future," says Mr Jirayut.

Bitcoin is admired because it helps companies cut transaction costs caused by other payment methods, helps retail vendors transfer small transactions cross-country without fees or time delays, and allows communication in one language, he says.

Mr Jirayut says the development of bitcoin and other cryptocurrencies is likely to happen in three stages -- as an investment asset class in the short term that allows investors to speculate for returns similar to gold; as a "transactional protocol" in the medium term when more governments accept it as legal currency in exchange for goods and services; and as a currency over the long term that is widely used in countries instead of cash.

Institutional investors, hedge funds and Wall Street mostly see cryptocurrencies as an investment asset class, with some US retirement funds allowing their members the option to allocate investment choices to bitcoin.

In 2018, cryptocurrencies are expected to be known by global retail investors, and they might be used as a transaction protocol in the medium term, he says.

Central banks in Singapore, Britain, Russia and China are creating their own digital currencies on blockchain technology, and these might lead to changes in the global monetary system over the long term.

"History shows the global currency system changes every 50 years. The basis for currencies has migrated from silver to copper, the gold standard, the Bretton Woods system, and finally US dollar currency backing. A digital currency, or a non-cash society, could be the future," says Mr Jirayut.

Thai society has been familiar with digital currency for decades, he says. Bank loans are just entered on keyboards, with millions of baht transferred electronically, not with real paper cash, says Mr Jirayut.

"The digital money system has existed for many years, but with a centralised ledger owned by banks," he says.

Bitcoin is a decentralised system where everyone writes down on the ledger, says Mr Jirayut.

He believes Thailand's payment systems are getting ready to accept digital currency based on their infrastructure, technology and human resources, as many people are familiar with bitcoin and blockchain technology.

"If the Bank of Thailand takes action or sends a message on whether they will support bitcoin, the grey area will become clearer, which should lead to new financial technology innovations," says Mr Jirayut.

Mr Tewit, the noodle shop owner says: "One of the main conditions of the currency is people have to believe in its value or otherwise it could lose all its value."

"Normally when a new technology is invented, there are no laws to support it. Once it is used widely, institutions must follow. For that reason, I want to support bitcoin in Thailand."