Asia is embracing the likes of Uber and Grab as Thailand continues to grapple with regulating the surging industry.

Five years in, ride-sharing continues to be a point of contention for regulators and consumers alike -- passenger safety, car insurance and dynamic pricing are still heavily debated.

Taxi associations have taken the fight against these transport startups' purportedly unfair advantages to the streets, blocking ride-sharing vehicles and bullying their drivers.

The association believes Thailand should not condone an unregulated ride-hailing industry as its digital economy plan calls for a regulatory system that adapts to the dynamic nature of the transport industry, not one that promotes tension within it.

The technology is developing quickly -- passengers can now choose between a variety of vehicles or price points, or even hop in self-driven vehicles. The latest trend is perhaps the move from individual bookings to carpooling.

"Governments around Asia are increasingly embracing ride-sharing because they can see the benefits it brings for riders, drivers and cities," says Damian Kassabgi, Asia-Pacific head of policy at Uber Technologies Inc.

"Thailand risks being left behind by its neighbours if it continues to block and ignore the hundreds of thousands of citizens who use Uber. We would like Thailand to join the scores of countries that have successfully regulated ride-sharing."

Indonesia, Australia, the Philippines and Singapore have enacted ride-sharing regulations. Malaysia, New Zealand and Bangladesh are in the process of doing so.

According to Uber data, over 100 governments and cities have responded to the emergence of ride-sharing with regulations that promote growth, public safety and consumer protection.

Uber continues to work with the Thai government to develop a regulatory environment. Policy experiments worldwide indicate that among the necessary elements for a framework are stringent passenger safety regulations and flexible economic rules that allow part-time drivers to participate, he says.

"The project will open new doors for ride-sharing in Thailand," says Ms Siripa.

According to a study by Temasek and Google entitled "E-conomy SEA", the total value of e-payments in Southeast Asia will reach US$500 billion (17 trillion baht) in 2025. For its part, Uber's revenues in Thailand will grow by 20% to 2 billion baht in that same time frame.

Grab co-founder Tan Hooi Ling says Grab is working with the Thai government to legalise ride-sharing services. The Philippines has already authorised such services, while Vietnam has implemented a pilot ride-sharing programme.

"Grab is working closely with governments around Asia as it believes a new ride-hailing regulatory framework can benefit all stakeholders. Our dialogue with Thai authorities continues," says Yee Wee Tang, head of Grab Thailand.

Liu Feng-Yuan, a member of the Government Technology Agency of Singapore, said the island state is promoting an intelligent transport system that will reduce traffic jams and improve the economy.

"For example, we developed Beeline, a platform of tools and services for shared, flexible transport operations. The application's open programming interface allows private firms to develop their own services and use the platform's data to find more efficient routes," Mr Yuan says.

Beeline users can suggest routes that are activated once enough commuters agree to them. People can pre-order routes and share a link to get their friends to join in. The service then reimburses people whose routes were rejected.

Singapore is the first government to approve fixed-fare taxi service in conjunction with five taxi operators. It was also the first to launch GrabShare, and the first to introduce Beeline's open platform in partnership with GovTech.

Agachai Sumulee, professor and director of the smart city research centre at King Mongkut's Institute of Technology Ladkrabang, says the university is collaborating with Burapha University's faculty of logistics to develop "Taxi OK".

The mobile app, still in the prototype stage, will allow the Department of Land Transport (DLT) to track taxis' locations to improve their safety and reliability.

Like Uber or Grab, the app will allow passengers to book reservations, rate drivers and file complaints. It will also include an emergency push button that can be used by both passengers and drivers to flag harassment, improper charges, or to ban drivers or passengers from the service.

The programme's car readers and cameras will verify the driver's identity. The driver's behaviour will also be recorded in the system, he says.

DLT will manage the fleet of taxis on which the system will launch. Existing taxis still have to wait two to three years for the tracking and identity verification devices to be installed.

Singapore is the first government to launch GrabShare. 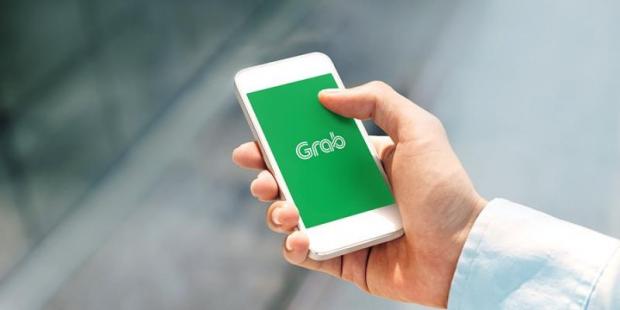 Grab is working closely with governments around Asia as it believes a new ride-hailing regulatory framework can benefit all stakeholders.