NBTC approval for use of IoT spectrum imminent
Tech

NBTC approval for use of IoT spectrum imminent

The final draft for using Internet of Things (IoT) on the 920-925 megahertz spectrum will be approved by the board of National Broadcasting and Telecommunications Commission (NBTC) on Nov 8 after completing the public hearing process on Aug 31.

The move is to initiate a spectrum standard setting of machine-to-machine connectivity and respond to the application of new technologies, the increasing use of IoT devices as well as improving the execution efficiency in every sector of the country.

According to NBTC vice-chairman Col Settapong Malisuwan, the draft of IoT utilisation on the 920-925MHz is expected to be published in The Royal Gazette in early December, after which companies who want to operate IoT businesses can apply for type three licences from the NBTC.

Type three licences govern telecom operators who do not have their own telecom network but rent other facilities for providing services.

"Although the 920-925MHz is unlicensed in the country, IoT operators need to hold the telecom licence type three."

In July, NBTC board officially assigned the 920-925MHz spectrum for IoT utilisation as the unlicensed band will not need to be auctioned.

The draft announcement for IoT utilisation covers three significant dimensions: abrogating the NBTC's announcement of the use of RFID (radio frequency identification), which has been effective since 2006; approving the 920-925MHz frequency range only for non-voice communications usage; and classifying the criteria for approval of telecommunications equipment usage on the 920-925MHz frequency range into RFID devices and non-RFID devices.

There are a great number of organisations and startup businesses worldwide that are improving IoT applications, noticeable from the increasing use of IoT and big data as well as the rising popularity of artificial intelligence (AI) and machine learning.

Some types of IoT products are subject to market drive, including room temperature controllers, smart-light-bulb systems controlled via smartphones, smart cars, and smart refrigerators, all of which will be interconnected in the future.

He said as IoT usage becomes widespread, there will also be increasing demand for frequency ranges to support such technological application, especially on the 920-925MHz spectrum.

For Thailand, the 920-925MHz frequency range is available for RFID. Therefore, the NBTC has to revise related regulations to allow the use of new technologies as well as IoT devices.

He said the 920-925MHz frequency range is part of industrial, scientific and medical radio range that is specified to be generally shared among various applications.

The RFID devices are used for self-identification and transmission of identity data, and comprise readers/integrators and tags that store identity data of objects with the active operational distance of 1-100 metres and power of up to four watts (a licence is required when devices are above 500mW).

It is important that the 920-925MHz frequency range has to be allocated to support the demand for utilising RFID devices and other general telecom equipment.

"This is considered an improvement of the country's telecommunications regulations, which will in line with technology advance and international regulations," Col Settapong said. 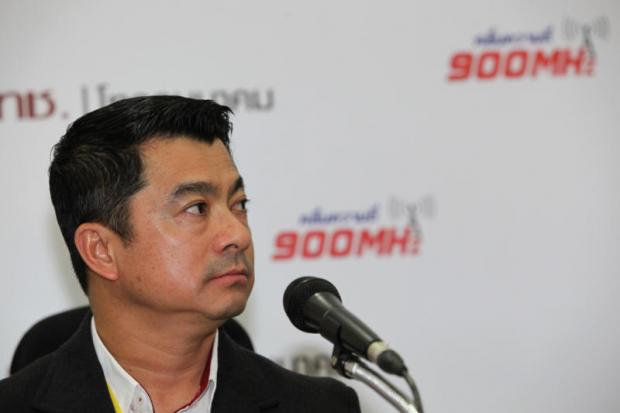