Peer-to-peer energy trade via a ledger

BCPG wants to introduce its new blockchain technology via the Internet of Things with its strategic partner, Perth-based Power Ledger, to bring peer-to-peer renewable energy trading to Thailand. 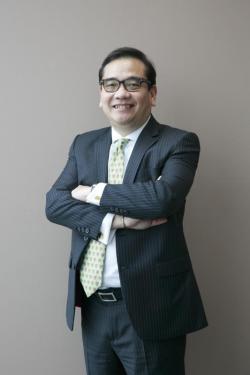 Bundit Sapianchai, BCPG's managing director, said it is ready to fully implement blockchain, which is becoming popular across the global power market.

The T77 project, which is under property developer Sansiri Plc, will be the first micro-grid in Southeast Asia, spanning 80 rai.

The project consists of residential and commercial buildings, including a shopping mall, an international school, apartments and a hospital with solar rooftop installations, generating a total of 1-2 megawatts.

BCPG recently signed an agreement with the Industrial Estate Authority of Thailand (IEAT) to apply blockchain in the IEAT's industrial estates.

The Eastern Economic Corridor will be the initial site to set up a smart industrial park and production facility platform to attract investors across the world.

The project will scale volume for power demand and supply to be greater than expected at the housing projects, but any further details will not be concluded until the end of this year.

Mr Bundit said BCPG plans to focus more on human resources to tap into new innovation and disruptive technology because the company has been preparing for this upcycle trend for a long time.

BCPG has approached at least three housing projects to develop its blockchain technology.

"We believe blockchain technology will automatically induce policymakers to deregulate the country's power supply and decentralise this supply into provincial sites," he said.

"There will be major transitions this year and BCPG has to be well prepared."

He said the majority of the budget has gone towards generating capacity of at least 200MW by this year, from an acquisition for productive assets.

BCPG's ongoing development projects will begin operating in 2018, including a 12MW solar farm in Thailand, two solar power farms in Japan with 24MW each, a 14MW wind farm in the Philippines and a 158MW geothermal power plant in Indonesia.

As of last December, BCPG had 400MW in renewable energy.

Another 200MW is under construction, so BCPG expects to have a combined capacity of 800MW by 2018, including ongoing development projects.

BCPG shares closed yesterday on the Stock Exchange of Thailand at 23 baht, down 1.40 baht, in trade worth 1.87 billion baht.

Growth in IT spending set to dwarf global rate