Your food waste can power a thousand (or more) lightbulbs
Tech

Your food waste can power a thousand (or more) lightbulbs

On a hot afternoon on the Asian Institute of Technology (AIT) campus just north of Bangkok, Lukman Hakim walks up to the students' cafeteria to assess the volume of that day's food waste. Weeks of experience help him arrive at an estimate.

Yes, because after two years of work researchers at the AIT have developed a food digester that eats the leftovers and turns them into electricity; enough to power 1,000 15W LED lightbulbs for 12 hours.

"Food waste accounts for nearly half of municipal solid waste in Thailand," reveals Prof C Visvanathan of AIT's School of Environment, Resources and Development (SERD), adding that a major challenge confronting the country is waste segregation and adequate food waste management. At community level, the 133 hectare AIT campus produces about 1,680kg of waste every day, of which 60% is food waste. The campus thus provides a near-perfect setting in which to run a pilot project on harnessing the potential of food waste, which could then be replicated by other communities in Thailand.

"A sample of the community food waste revealed a mixture of raw, cooked and overripe food, with no formal method of segregation for disposal," says Prof Visvanathan. After sampling food waste from housing, eateries and the cafeteria, the AIT team, which included Prof Visvanathan and Prof Abdul Salam, decided to create an anaerobic digester on the campus. Aided by funding from the British Council's Newton Fund, AIT and in partnership with Loughborough University (UK), the team took about two years to develop, test and unveil an "Anaerobic Digester with Centralised Monitoring System".

Hakim, along with his Thai friend Watchiranon Chuenchart, affectionately addressed by everyone as "Boss", have worked out a regular plan. The two Master's students organise the food waste collection from the central AIT cafeteria and have it transported to the project site located a few hundred paces away. The process of segregation involves the removal of plastic bags, bones and other solid non-degradable material; subsequently the waste is pulverised and fed into a reactor for digestion. The digester produces biogas and a nutrient-rich bio-fertiliser from this waste.

"What we have successfully demonstrated is producing 100m³ of biogas from the daily food waste generated at AIT, which is an equivalent of 60 litres of kerosene or 167kg of firewood or 73kg of charcoal," Prof Visvanathan says. "Power generation from our plant will be 187kWh, which can power about 1,000 15W LED lightbulbs for 12 hours."

What distinguishes this digester from others is the incorporation of a centralised monitoring system. A network of such digesters can provide real-time data to a central monitoring authority. Any pressure buildup or rise in temperature in the plant can be identified for remedial action. Temperature, acidity and oxidation reduction potential of the plant along with the quality of biogas generated can be monitored from a PC anytime, anywhere. The dashboard developed at AIT provides information about the plant in a user-friendly way.

At a larger scale, the centralised monitor can track numerous community-based biogas plants dotting the landscape, with university campuses, hospitals and gated communities having the greatest potential for adoption. Prof Visvanathan says that this joint UK-Thailand collaborative research is also in tune with Thailand's Alternate Energy Development Plan (AEDP), which calls for a decreased dependence on imported sources of energy and for the decentralised generation of energy at a community scale.

The pilot project seeks to convert waste to energy, thereby ensuring localised energy availability that can substitute for fossil fuels. At the same time, it ensures the sustainable management of organic waste and on-site waste segregation while reducing carbon emissions and waste management expenses. Connecting community-based plants to a central monitoring system is an example of how biogas production can be linked to the Internet of Things. 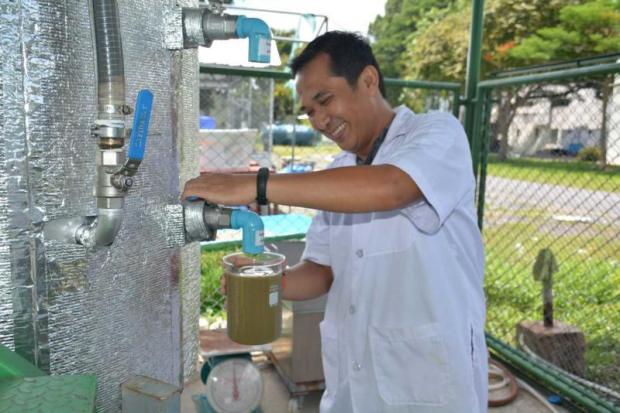 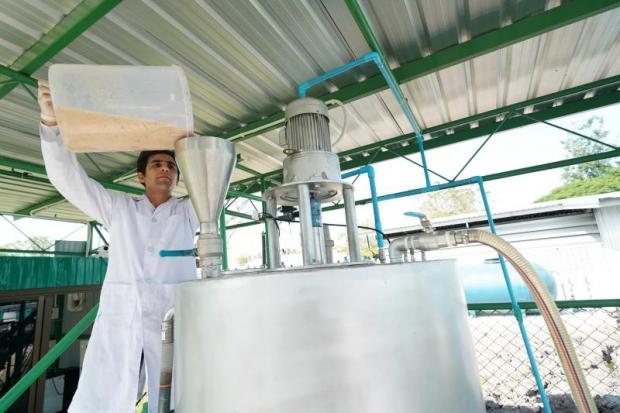