The extraordinary origins of Ticketmelon.com began with a high school student getting locked out of a local party. Story: Apipar Norapoompipat

If you attended a concert or event in the past four years, chances are you would have encountered a little ticket-selling website called Ticketmelon.com.

Simple and easy to use without the complications of other major ticketing distributors (like standing hours in line or waiting for online queues), Ticketmelon seemed to appear out of nowhere -- selling tickets to everything from coffee brewing classes and small indie concerts to giant EDM festivals attended by the tens of thousands.

The brainchild of 26-year-old Panupong Tejapaibul, the website has given a platform for small- to medium-sized event organisers -- creating the huge influx of amazing line-ups these past years that Thailand has never experienced before. 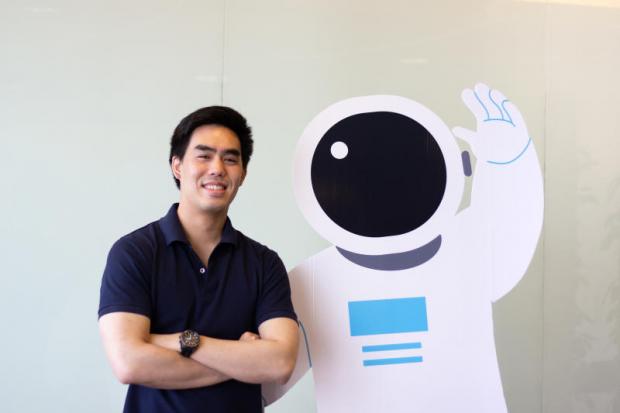 "The idea came up in high school -- grade 11 or 12," said the young CEO, a graduate of Ruamrudee International School. "There were a lot of parties that the seniors would organise and it was very difficult to get presale tickets. You had to travel physically somewhere to get the tickets and I just basically didn't understand why you couldn't buy it online. You could book hotels online, flights online, and I didn't understand why you couldn't do the same things for events."

With this nagging question in mind, Panupong started looking into the ticket distribution market in Thailand while studying for his bachelor's in finance from Chulalongkorn University. There was only one ticketing company available, and they only focused on big, international events.

"We just saw this white space of small- to medium-event organisers not having the technology to do these kind of distributions, and so that's how it started," he said. "The idea was from a personal pain point and I really worked on it on the third and fourth year of college."

Creating initial mock-ups, designing the website and doing market research in parallel to his studies, Panupong realised that there was a gap in the market as most distributors required a large initial fee, regardless of whether the organiser sold any tickets or not.

"So that made it a barriered entry towards the small-medium market," he said. "I understand why that's the case. A lot of these players have physical brick and mortar stores. They had to maintain all of this. We basically have no brick and mortar store, so we can pass all of our savings to our customers." 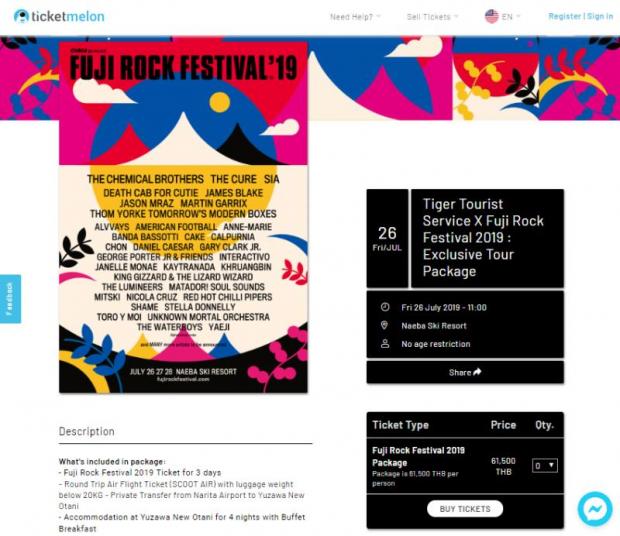 Ticketmelon.com has started selling packages to international events such as the Fuji Rock Festival 2019.

Here's how Ticketmelon works. It's kind of like Facebook. You can create an event on the platform, upload images of your event posters, create tickets, ticket types, the price, the quantity. So in about five minutes, you can sell tickets like other professional players. Ticketmelon also collects data to see who's buying and which market channel works best for you. Once the day of the event arrives, Ticketmelon provides a tool to validate the tickets to separate the genuine from the fake. And most important of all, they only charge you upon successful ticket sales, and you get your money within two to three days -- unlike the month it takes for other players in the market.

Setting up meetings with event organisers, Panupong then wanted to confirm if his solution was something that they would actually use.

"We sat one by one with event organisers -- these two-hour in-depth interviews confirming that one, this problem we see is real. Two, they believe that our solution actually solves that pain point. Three, they're willing to pay the price that we are offering to solve that problem.

"We spent months, almost years working on these mock-ups and cash flows with a hypothesis that this would work. It takes a lot of mental fortitude to go through that then validate it, because if you spend all that time and find out no one really cares, you basically waste a lot of time."

Being validated by customers and having the evidence that the website will definitely work, Ticketmelon was funded by his fourth year of college. And by 2016, his business model was being picked up by large international events such as Arcadia.

"Even though we started off focusing on just small-medium organisers, what happened was a lot of the big organisers started to use our solution as well, which was something that we didn't plan. They came organically and they were very determined to use us. Once those bigger ones came on board, when they did their marketing [Ticketmelon] became much more public." 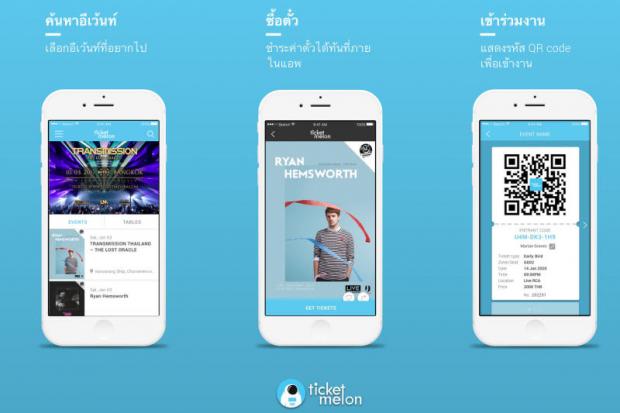 Now, Ticketmelon sells tickets for over a thousand events per year from every industry and technology to arts and crafts. And with Thailand in the palm of their hands, they are now looking beyond.

"We've done several [events] already outside of Thailand, so we want to make sure that we serve our customers outside Thailand the same way we've been able to serve them here."

And any advice for young entrepreneurs looking to create their own business?

"The biggest thing is don't do it because you want to own something," he said. "Don't do it because you want to get fame or get wealthy from it. Because if you're coming from that perspective in most cases it's not really going to work out. We did it because we wanted to solve this thing that we felt hit us, and to create a company was the most effective format to solve it. We wanted to make a genuine difference in the industry. We understand that's what most companies say, but sincerely meaning that and taking action different from other companies. Do it because there's a genuine problem you want to solve and if creating a company is the best format to do it, to solve it most effectively, great. Then you should do it in that format."