Huawei, even though in hot water in many countries, produces outstanding phones year after year with unique features in nearly every one of their top phones. The Huawei P30, the cheaper version of their top-of-the-line P30 Pro series, has an on-screen fingerprint reader and a 5x optical zoom capability.

Phone manufacturers seem to find new ways to let you unlock your phone every year. Last year was the year of using your face to unlock them. This year, we're going back by using fingerprints again, but right on the frontal screen, instead of via a dedicated fingerprint panel on the back of the phone.

P30's new on-screen fingerprint reader is surprisingly accurate and quick to recognise the correct thumbprint without the need to pick the phone up, since the reader is right at the lower centre part of the front screen, which is usually how the phone is laid down on your desk. But most of the time, the phone actually automatically unlocks by detecting your face (the 2018 way) when I pick the phone up, well before I put my thumb down on the on-screen fingerprint sensor. It sure is way cooler to show your friends that you can unlock the phone using your thumb right on the screen, though.

If you're into photography, this P30 has the whole photography package with zoom, slow-mo, AI scene-assist and 4K video, with plenty of options to tweak the way you take them. Being able to do 5x optical zoom without losing much picture quality is remarkable. It's perfect for zooming in to take photos from across busy roads or to snap shots of really small text on bottles then zoom in to read, very useful for a person whose eyesight has started to deteriorate, like me (sigh). You can also do wide-angle shots for times when you can't back away to get everyone in the frame as well. I find that slow-motion video-taking needs some time and practice to adjust to and is not so easy to use, like Samsung's or Apple's.

The phone can be considered small by today's standards, when compared to the "big boy" phones from all manufacturers nowadays. But the screen-to-body ratio is really good, and you'll be getting a big screen with a relatively small phone. The bezels are slim but not so thin that they are non-existent, which may cause frequent mis-touches with your palm, as with many "no-bezel" phones. This phone is not waterproof, so avoid rain and swimming pools at all cost. 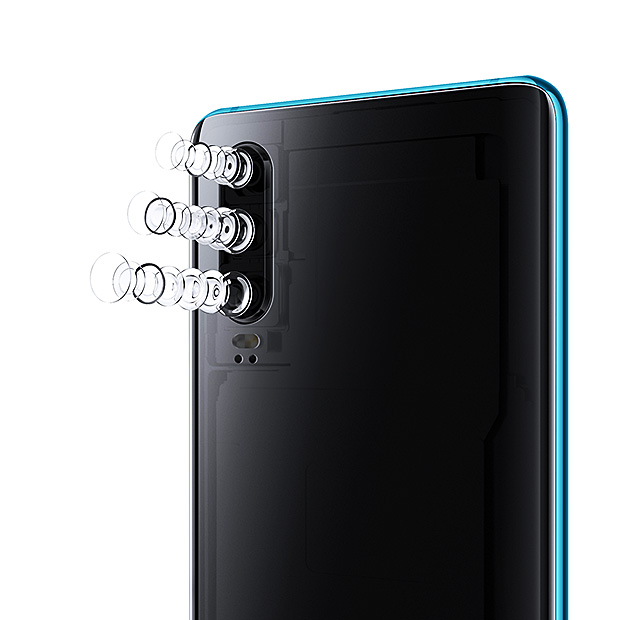 Huawei really likes to have unique gradient colour combinations, just like this "breathing crystal" under review here. The pearly white that fades to bluish purple with a pinkish reflection is the first I've seen on the market.

Huawei's own Kirin chip set has blazing-fast processing power and no problem running any apps fast. Coupled with ample RAM means that you can have 10-plus apps running in the background without any of them being forced closed. 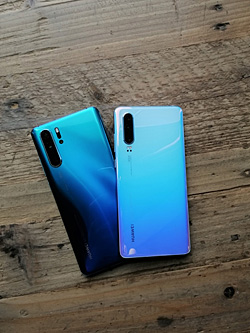 But, as experienced in many Huawei phones, this phone still has weird graphical glitches in many games, like some obtrusive transparent black bars covering bits of the screen, light streaks twirling in places, and many funny particles popping unwarranted. These graphical glitches seem to appear randomly and are not usually too irritating. But OCD gamers who can't stand any stray blips or blops may find this unacceptable.

I find the top pull-downable menu way too big in many circumstances. Especially when using in horizontal mode, like when watching YouTube, when the pull-down menus cover more than 60% of the screen, leaving very little room to see notifications and whatnot.

Also, as a person who is used to stereo speakers, going back to a mono bottom-firing speaker phone like this can feel like a major downgrade if you like to listen to music or watch videos on phones.

It's quite puzzling that Huawei chooses to let people double-press the volume-down button to snap a photo instead of just calling the camera app up. It's nice that I can get to the camera fast, but most of the time I get an extra blurry photo before I can have full control of the camera.

Opting for a proprietary expandable memory card, instead of the popular microSD card to expand the storage even further, might be a downer for non-Huawei owners.

A headphone jack is present. All power to wired-headphone freaks out there (me included)! 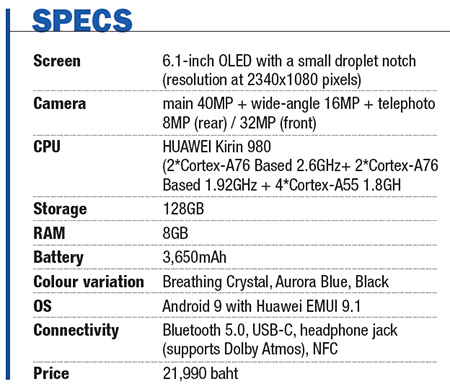