Tom Clancy's The Division had a concept that got gamers excited and though the game was generally well-received, it didn't exactly live up to all our expectations. We're learning more and more not to trust so-called "in-game footage" shown at events like E3 anyway. Its sequel, Tom Clancy's The Division 2, promised a more satisfying story and endgame. So did it deliver? 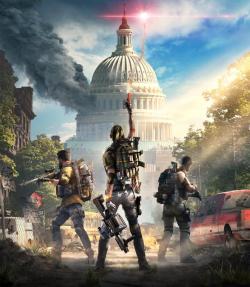 While its predecessor has its setting in New York, the sequel brings the action to the nation's capital: Washington, D.C. Seven months after the Green Poison outbreak where a flu passed through dollar bills left the nation at a standstill, leaders of the USA are nowhere to be found. It's up to you, the Agent, to help taking back D.C. from a number of factions that have controlled the city, setting up the network that's gone down for your other fellow agents, rescue the President -- if he's still alive that is -- and restore order in the capital.

The short version is this: Tom Clancy's The Division 2 improves a whole lot on the mechanics and concepts of its predecessor. There's a lot of things from the first one that have made a comeback which makes this game feel a little familiar but with improvements. For example, roaming around the city still means encountering enemies, but this time around it occurs more often and they aren't just simply patrolling.

If you're lucky, you might stumble into enemies taking supplies back to their base and you can get it for your own. Combat, which is the main thing you do for the entire game, has also improved. Enemies aren't that non-vulnerable anymore though they get a little bullet-spongy at the endgame but still manageable. There are also a number of new skills that you unlock and play around with like the Drone and Hive, as well as new iterations of old ones like the trusty and lethal flamethrower turret. While you still do the same thing from the first game, which is going on missions/side missions all over the map, there's also the new aspect of taking back territories from new factions.

The endgame is better though a bit odd. You're able to pick and choose a specialist, which equips you with a special weapon and gives you perks, and the great thing about it is that you can switch from anytime from the three specialist classes they offer. It's once again all about raising your gear score and going from one tier to the next, but the game allows you to do it in a weird way: once you've finally cleared the map of all factions and done all the missions, the endgame resets as another faction basically takes over D.C. and you have to clear them out again. It's strange but it wasn't necessarily annoying. Graphics-wise, it's obvious the sequel looks aesthetically better than its predecessor. The change of setting was also nice, leaving the drab, grey New York winter for the summery feel of D.C. 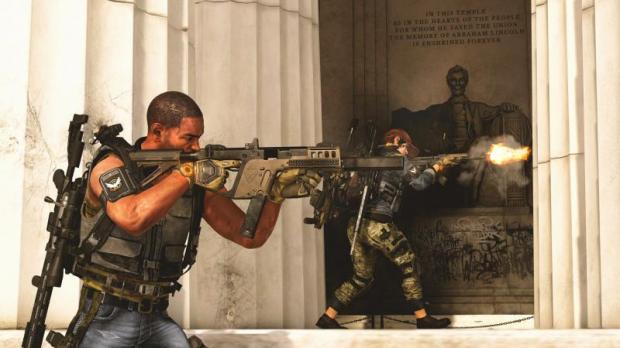 Tom Clancy's The Division 2 takes everything the first game did right and improves on it while correcting mistakes and avoiding pitfalls its predecessor made and fell into. While there is a grind involved, which is to be expected in a game like this, it's satisfying and not tedious. Blasting away enemies is fun but doing it with the help of buddies is even better. I'm definitely going back for more.