Thailand can develop into a major e-sports destination in Southeast Asia thanks to the huge popularity of video games and revenue generated in the market, says Garena Online (Thailand).

"Thailand is the 19th biggest market in the world in terms of game revenue at US$667 million [20.8 billion baht], according to a NewZoo research firm study in 2018, which reflects an attractive market for e-sports," said Allen Hsu, regional head of strategic partnership and e-sports development of Garena Thailand.

Garena Thailand is a subsidiary of Sea Company, a Singapore-based digital entertainment company listed on the New York Stock Exchange.

In Thailand, there are a reported 18.3 million gamers, of which 67% watch video game content.

"This is why the rising number of e-sport players in Thailand, as well as enhancing their capabilities to compete professionally, are crucial to push Thailand forward as a hub for e-sports competition within Southeast Asia," he said.

Krit Pattanateacha, head of Garena Thailand, said the most popular e-sports genre is Multiplayer Online Battle Arena (MOBA). Garena's Arena of Valor (RoV) mobile game, developed by Tencent but brought to Southeast Asia by Garena, is categorised as MOBA and the company predicts the game will earn it major profit. 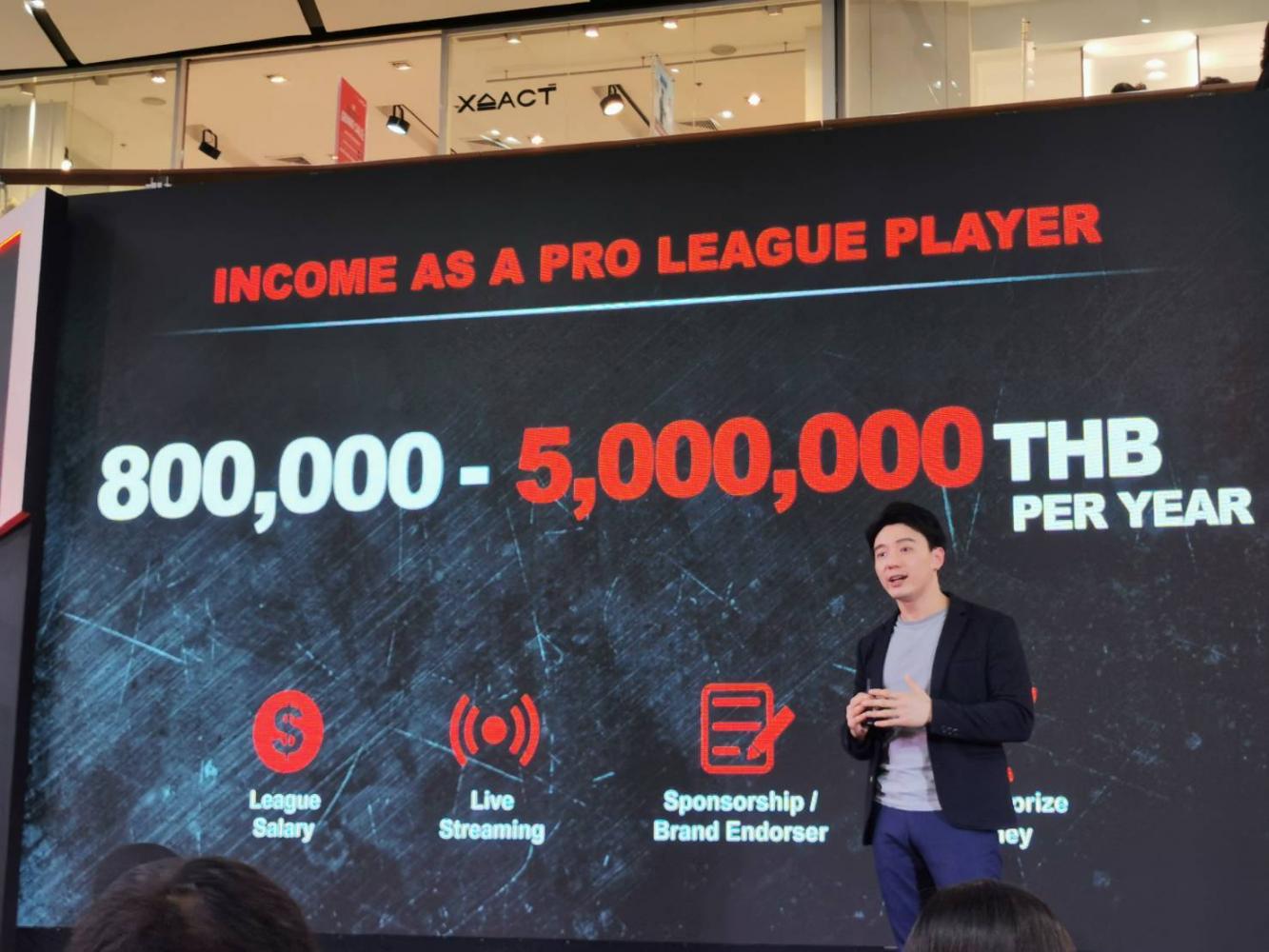 Mr Hsu sees Thailand as a hub for e-sports competition.

Mobile gaming e-sports has surged in popularity in Asia in recent years, unlike in the West where e-sports competitions are done almost exclusively on PCs and consoles.

Mr Krit said RoV encourages good values suitable for e-sports competition as each member of the team is assigned a specific role and responsibility, and they must work together to win the match. RoV is a game that is continuously under development, and players have to adapt to updates to the game.

RoV featured in the SEA Games 2019 e-sports competition. Garena is aiming to push for a national, professional tournament for RoV under its "Beyond e-sports" concept.

Mr Hsu said Garena will soon host RoV Pro League Season 4 tournament to draw attention to the game and promote it as a professional sport.

There are 31 million registered RoV accounts in Thailand, 55 million views of Season 3 videos and 11 million watch hours. There are 36,000 participant teams with a 20-million-baht prize pool from tournaments from Seasons 1-3.

He said the average income of a pro league player varies from 800,000 baht to 5 million per year from a league salary, live streaming, sponsorship and brand endorsement opportunities.

The company wants to encourage support from parents, the government and the private sector to motivate young people to become professional e-sports players and represent Thailand in world-class RoV competitions, said Mr Hsu.