Over-the-top platforms like YouTube will be subject to new viewership ratings next month. (Photo by Pattanapong Hirunard)

The broadcasting regulator plans to unveil a new system for TV viewership ratings in August that will combine traditional forms of viewership with the more modern digital and on-demand channels, partly as a way of boosting ad revenue in the struggling digital TV industry.

The new system will combine TV viewing via all platforms, including terrestrial digital TV, satellite TV and over-the-top (OTT) platforms such as YouTube and Netflix, showing the results in real time.

Additionally, the move is to create an alternative trustworthy system to Nielsen, the nation's long-dominant standard for TV ratings.

Takorn Tantasith, secretary-general of the National Broadcasting and Telecommunications Commission (NBTC), said his agency is calling on all related parties of TV business and associations, media buyers, big enterprises, TV rating companies and academics to participate in a special discussion on July 25 to provide feedback on the details of the new system.

The event will also be the first time the new system is unveiled to the public.

"We [NBTC] need to clarify the TV ratings info ecosystem and allow participants to discuss whether they would trust information provided by the new rating system or not," Mr Takorn told the Bangkok Post in an exclusive interview. 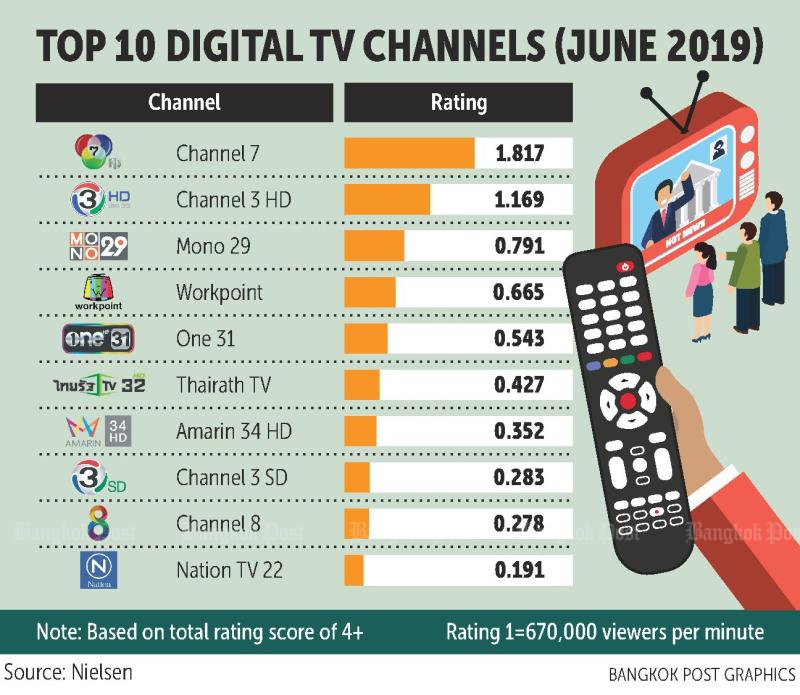 Particularly, the NBTC needs opinions from big corporations and ad buyers that issue the marketing budgets which drive revenue for most TV channels.

Mr Takorn declined to elaborate on which companies developed the new TV rating system, but he clarified that the NBTC itself has not invested in creating the new system.

"The discussion on July 25 will open all details about which parties would be responsible for handling the new rating operations in the long term," he said.

According to Mr Takorn, TV ratings are one of the most contentious issues among related parties in the TV business in terms of the trustworthiness of information, especially when digital platforms and mobile apps have become the preferred means for most viewers.

The Association of Digital Television Broadcasting proposed that the regulator request a budget of 460 million baht to create the new system.

The NBTC has yet to receive the budget despite the previous government's Section 44 initiative in April, which partly included support for a new TV ratings system.

An NBTC source said the new ratings system has collected viewing data from 130,000 households nationwide via satellite TV set-top-boxes and will increase that number to 200,000 by the end of this year. 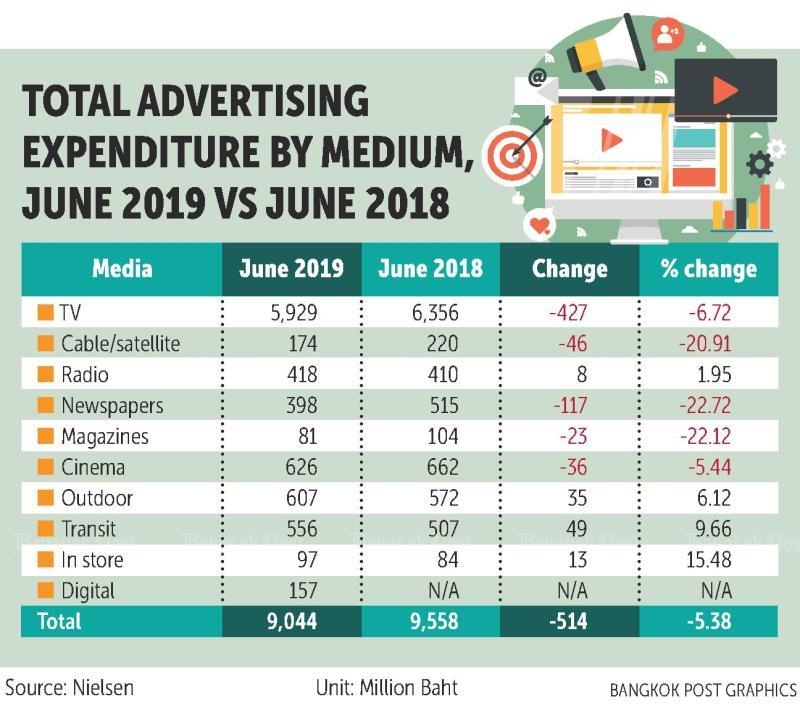 The new system has also collected data on TV viewing through other platforms, such as internet TV and OTT, for a significant number of viewers and reported the ratings in real time.

The TV ratings for the top 10 will likely differ from Nielsen's findings.

The top channel for TV viewing is satellite boxes, accounting for 60%, followed by terrestrial digital TV boxes or antennas at 30% and other devices at 10%.

"More precise information on TV ratings would help the industry cope with digital disruption, while TV operators could use digital ratings information to better benefit from advertising revenue in the long term," said the NBTC source, who asked not to be named.