Let's address the elephant in the room before going any further: no matter how good the Mate 30 Pro phone is, it's directly affected by this year's US-China trade war and was stripped of the right to have Google services pre-installed from Huawei's factory. This means no YouTube, no Line (well, the full-function one), no Google Play store to download any of your typical apps, and you can forget about Gmail. If you're OK with that, read on.

The design of this top 2019 Huawei phone is radical. The phone is very pretty. Having a huge 6.53-inch screen doesn't mean that the phone must be big, since it has a wraparound screen that curves to both sides using all the surface area it can while having very small bezels at the top and bottom, making the phone small compared to the competition. If you don't count the notch, the phone is all but a bright vivid screen. The Mate 30 Pro has a whopping 94% screen-to-body ratio.

The design has gone even more overboard by ditching the usual volume buttons and implementing a double-tap gesture on the top half of the screen to call up volume control.

Since it's all screen on the side, I was sceptical about how the phone would handle side-edge accidental input (like many curved-edge-screen phones, such as those of Samsung's S series). But this phone was programmed to neglect all touches on the radical curved edges, except the double-tap gesture to call up the volume control. 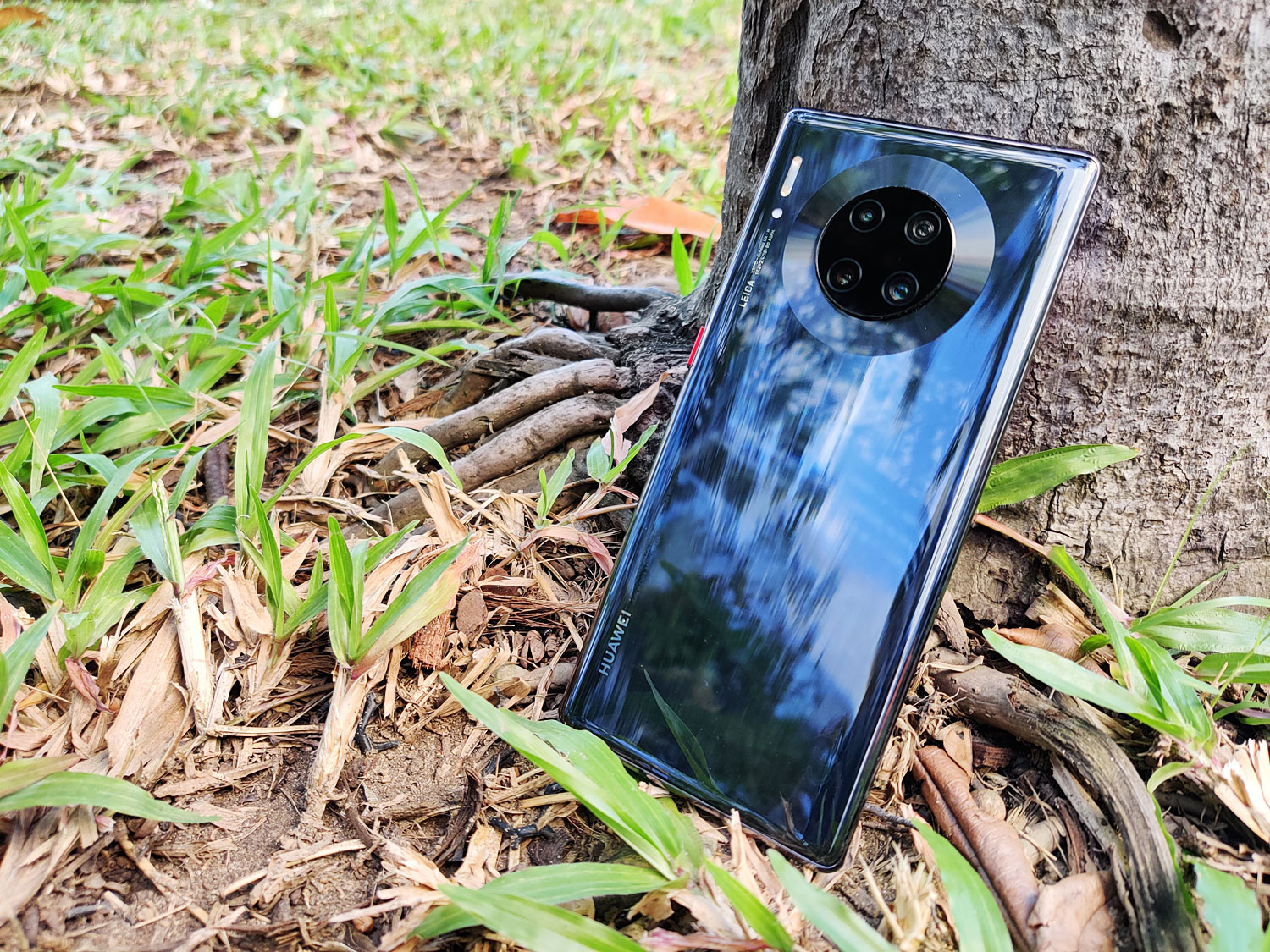 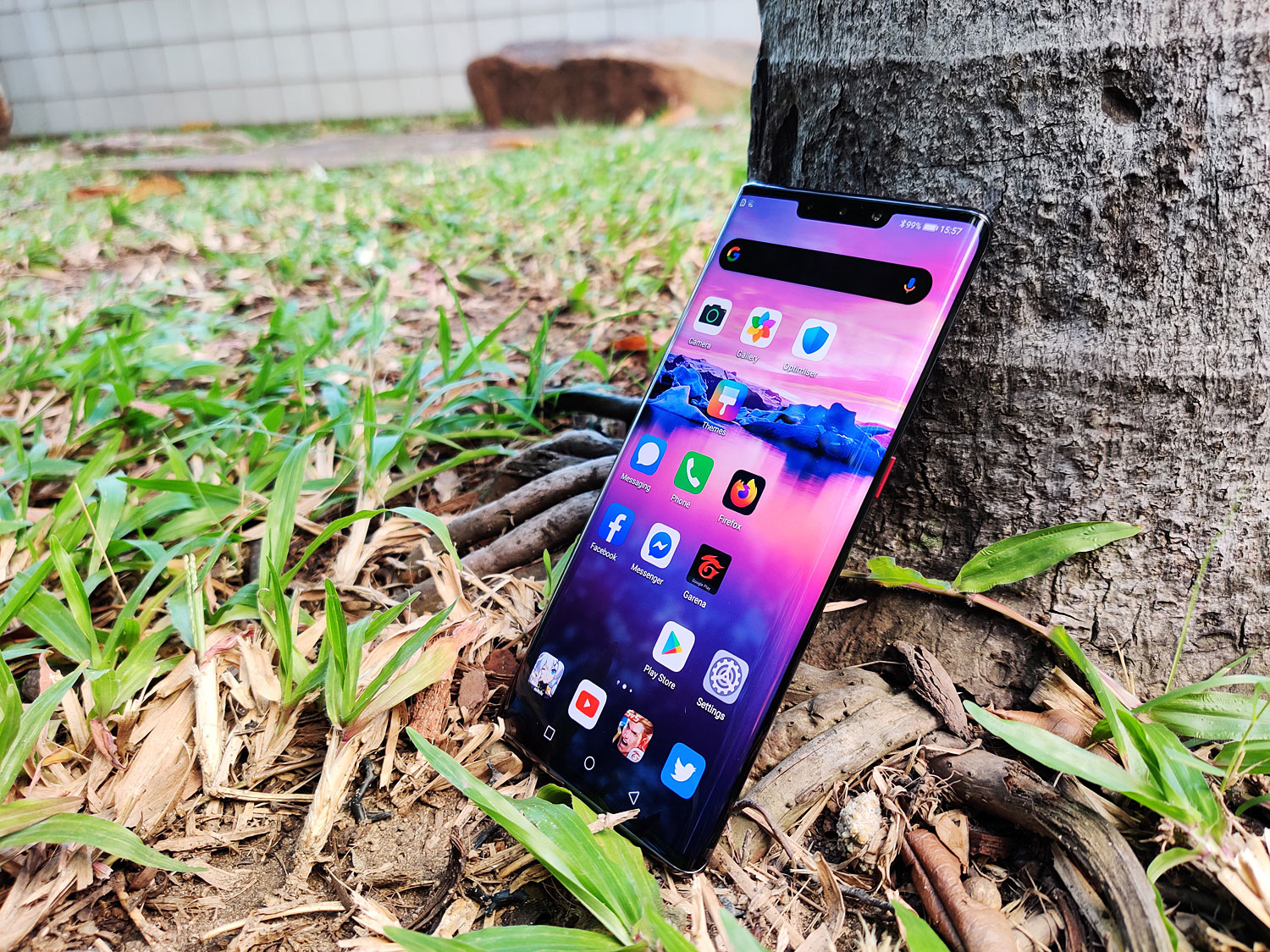 Yes, the phone looks great and has plenty of frontal real estate. But if you play games a lot, the absence of a physical volume button can result in slight difficulties to call up the volume control or may cause accidental volume adjustment during hectic game sessions (since you'll be tapping like a maniac all over the screen).

Speaking of gaming, the phone's innards can handle any game thrown at it at high-definition settings, no problem. I played ROV: Arena Of Valor and Honkai Impact 3 at maximum settings with every graphical effect turned on and the games ran flawlessly, except for the occasional accidental volume-control presses. And the phone may get a little warm after hours of use, but that's to be expected.

Maybe this is to be expected for phones in 2019, but I'm still sour about the lack of a headphone jack. 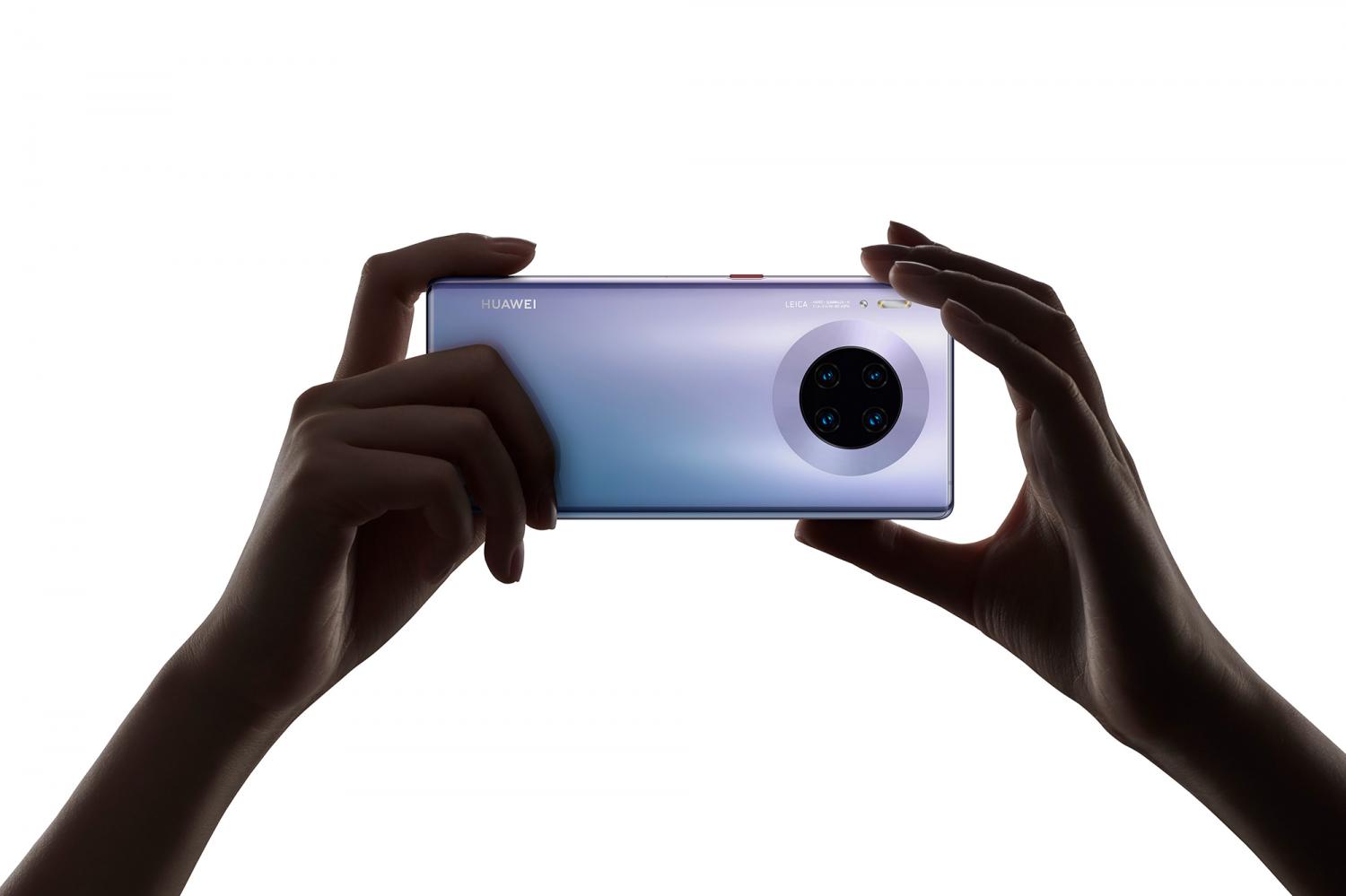 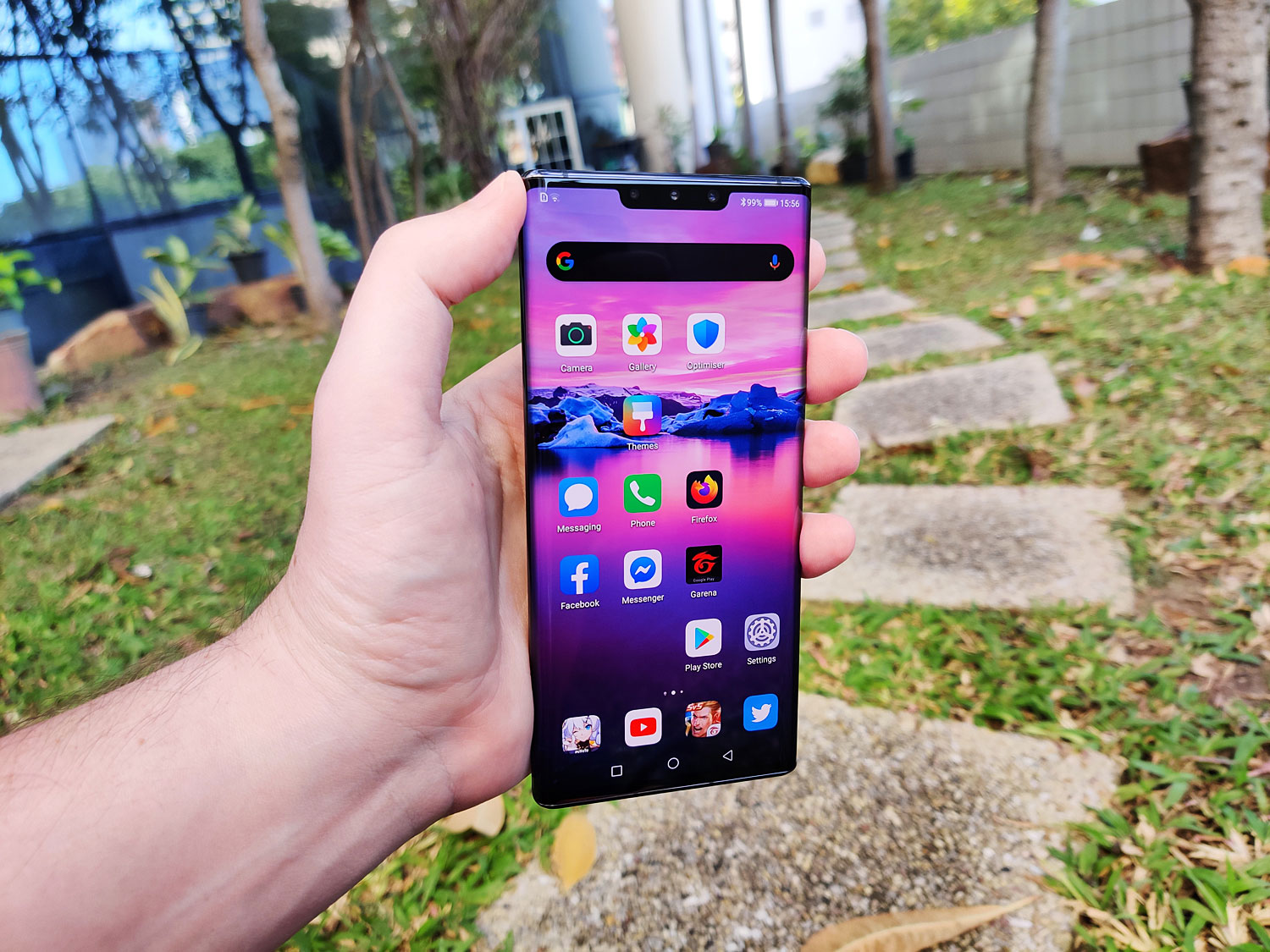 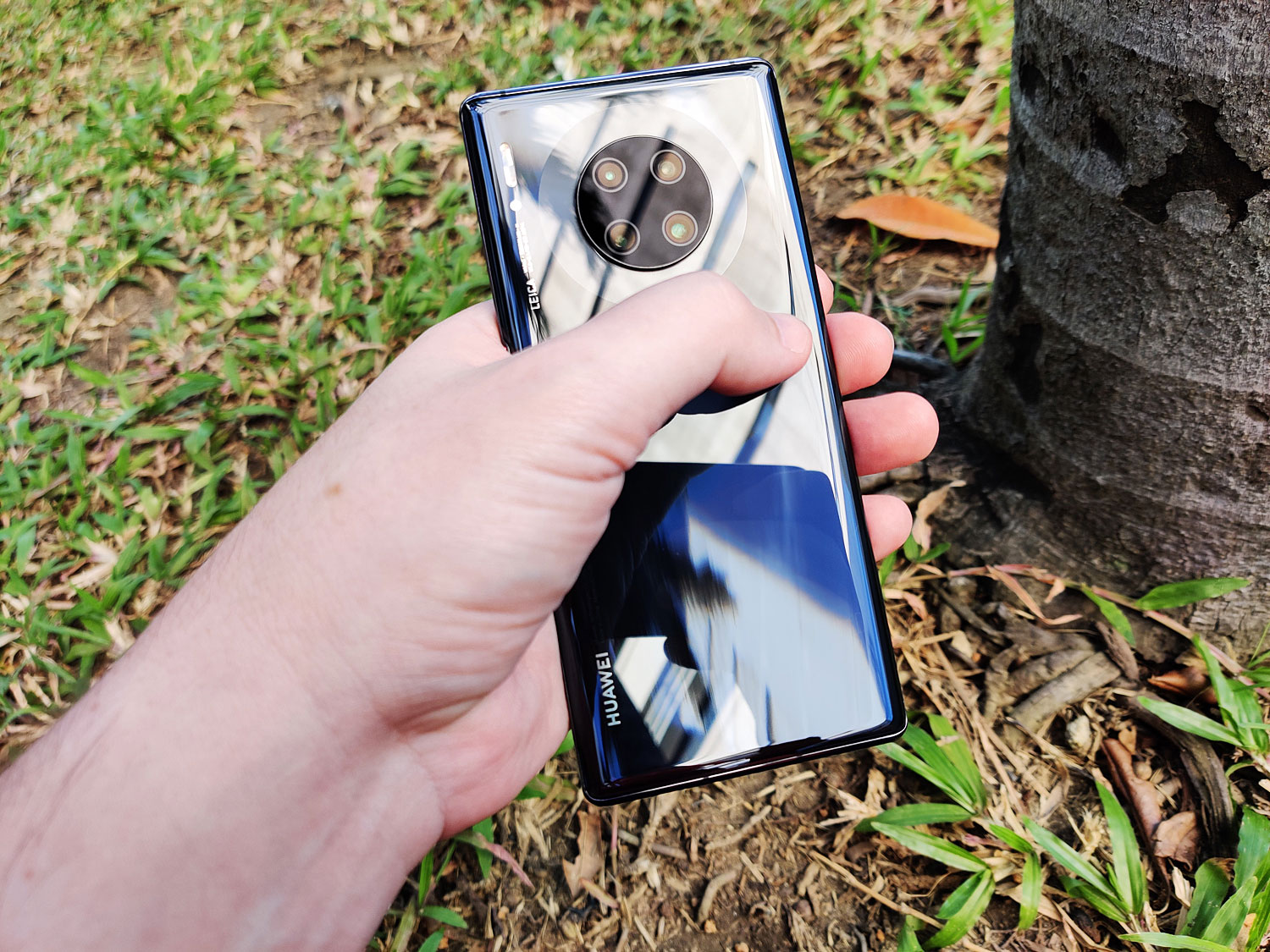 The Mate 30 Pro's camera layout looks good with its four lenses symmetrically placed in a circle area in the centre of the back, preventing wobbles when used flat on tables. When compared to Apple 11's "boba tea" camera layout, it's like night and day. Since all top-end phones can take superb photos in broad daylight, with some slight difference in tones and vividness (in general, iPhones take real-to-life colour photos, while Samsung, Oppo & Huawei phones take more-colourful-than-life photos), I'll just skip to how the phone takes photos in lowlight settings. The Mate 30 Pro's camera can make photos bright and sharp even in a candlelit setting. Party photos and roadside night shots will be easy-peasy.

Always-on display is also here, letting you see the time and notification alerts even when the phone is locked. I wish all phones had this, since it's so useful to know there's no need to turn the phone on.

I find that the mono channel bottom-fire speaker is loud but too easy to cover with one hand. The sound is not tinny by any means, but stereo is always better.

The option of having both under-screen fingerprint unlock and 3D face unlock that can access your phone in a fraction of a second is very nice. However, to have this 3D face-unlock feature means the phone needs a noticeable top notch on the screen, which may annoy some (me included). Luckily, this notch holds a 32MP front camera that nearly always takes very crisp selfies.

It's hard to find phones with an IR blaster to control your TV, but this one has it. Quite a rare breed and useful for someone who likes watching TV and loses their remote controls often.

I'm not sure why Huawei chose to use their own proprietary NM memory card to expand their 2019 phone's storage instead of the widely used microSD cards. Maybe it has slightly better read-write speed, but I can't find any places that sell them.

Now, before I wrap this review up, there are workarounds to get Google services running on this phone. I tried a few methods and found that following the steps at bit.ly/2Oz1UZ3 works fine. However, I would still not advise doing any sensitive communication or money transfers with this phone, if you decided to use these unauthorised methods.

The Mate 30 Pro has phone-of-the-year pedigree, but with no Google services, it has been crippled from its full potential. If you're not willing to tinker with the software a bit, I think you should pass on this one. 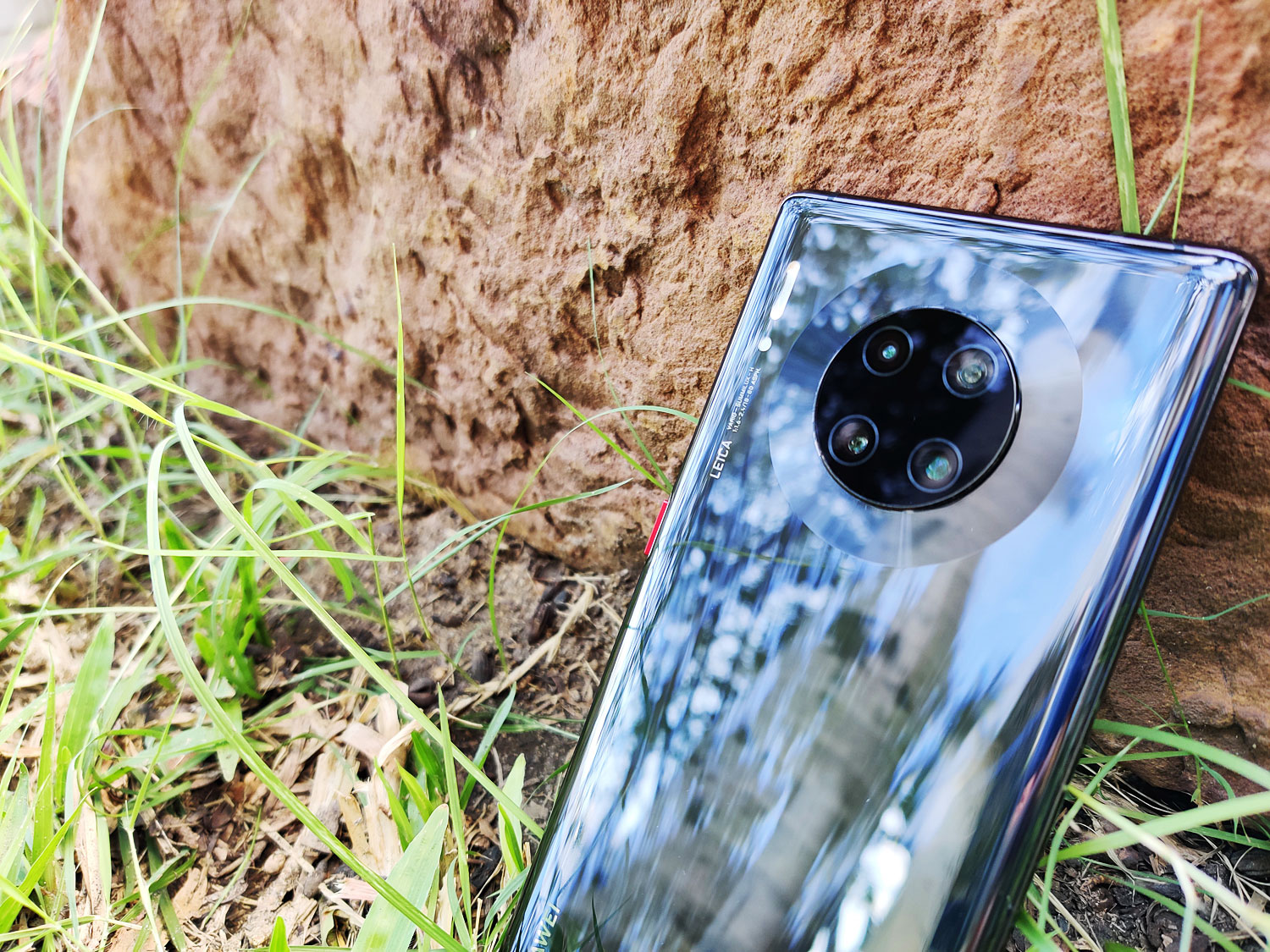 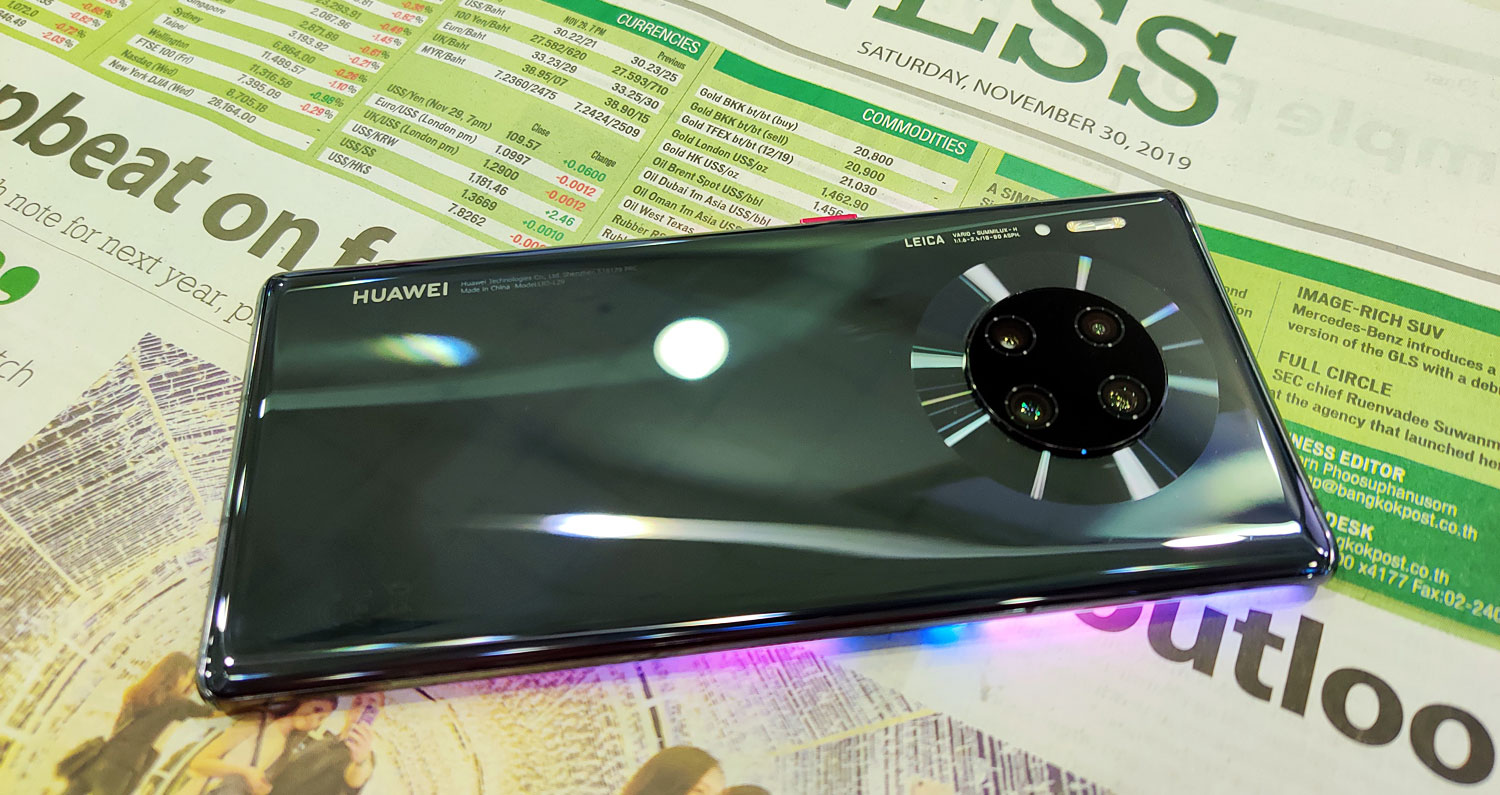 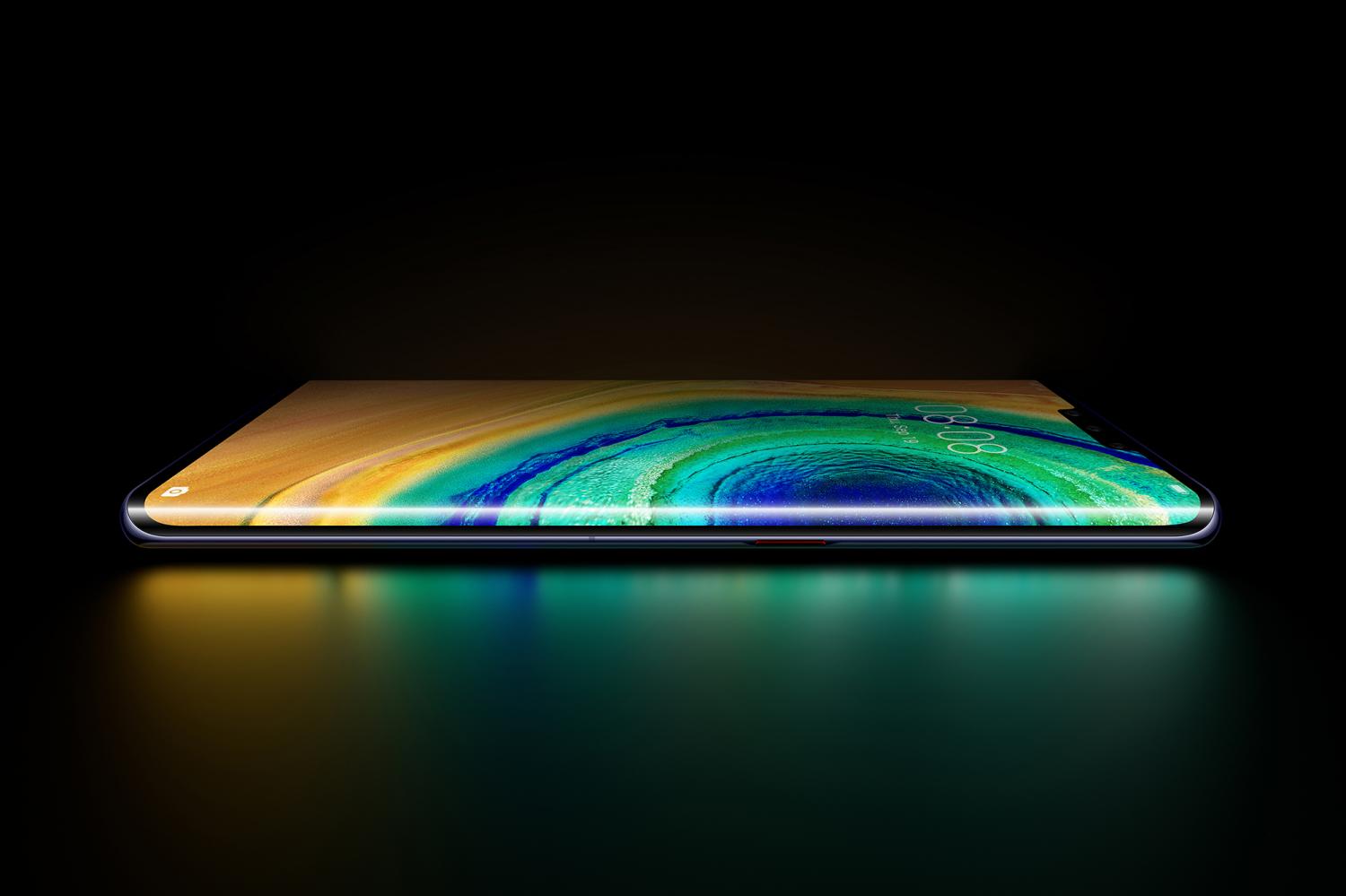