Serenity in the force
Tech

Serenity in the force

Star Wars Jedi: Fallen Order  will test your skill, patience and ability to prove yourself worthy of being called a Jedi

Let's all be real for a moment: we all secretly want to be a Jedi or Sith with awesome Force powers and a really cool lightsaber. No? Just me? Despite your denial, Star Wars Jedi: Fallen Order is a game that lets us live out that fantasy. Despite not being the first of its kind (we're not about to forget Force Unleashed), it may just be that Fallen Order will be the game that ushers in a whole new single-player Star Wars experience.

For those of you familiar with Star Wars lore, the Jedi Purge is something you definitely know about it. For those who aren't, this basically takes place between Episode III and IV. With the Jedi Order having -- ahem -- fallen, the Empire has risen to power all the while trying their best to wipe out any survivors of the Purge and Cal Kestis, the character you play, is just that. He was just a Padawan (Jedi in training) when the Purge happened and is now living in hiding. However, a turn of events makes him expose himself as a Jedi and puts an Inquisitor -- someone who's tasked to hunt down surviving Jedi and also works directly under Darth Vader himself -- hot on his tail. Thankfully, he meets new allies who save him but who also need his help in acquiring something that may restore the Jedi Order and, in turn, bring down the Empire. 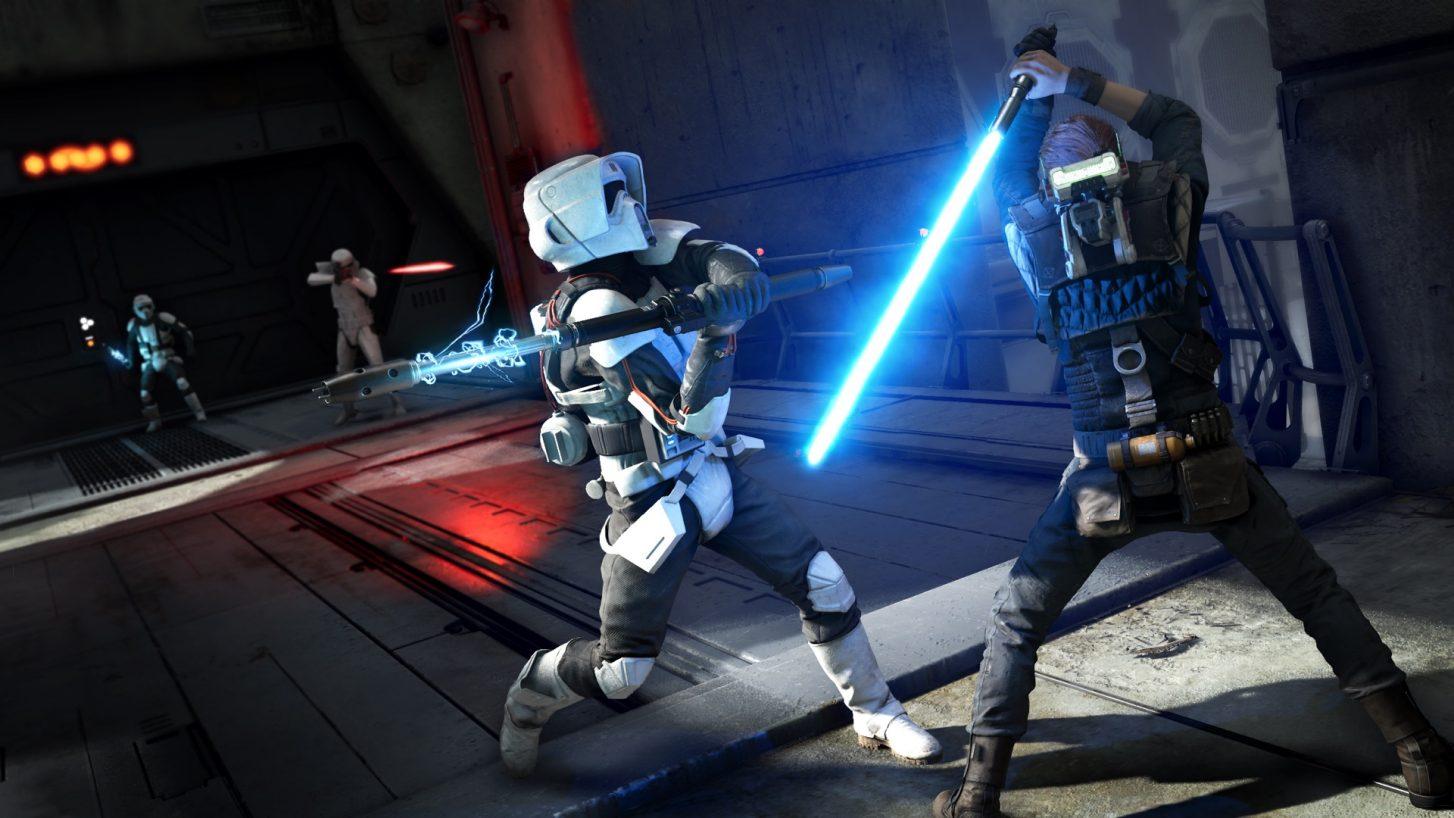 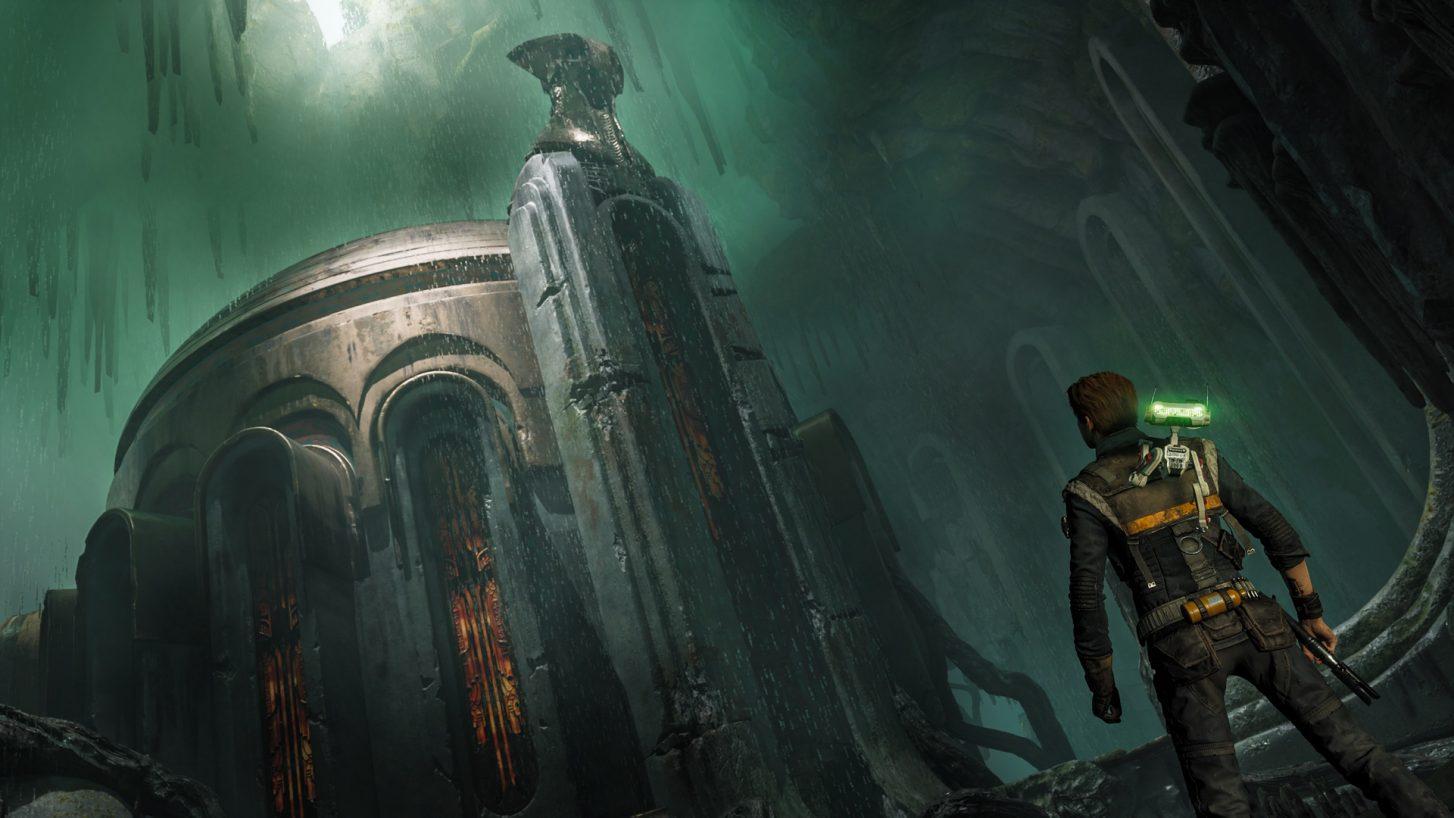 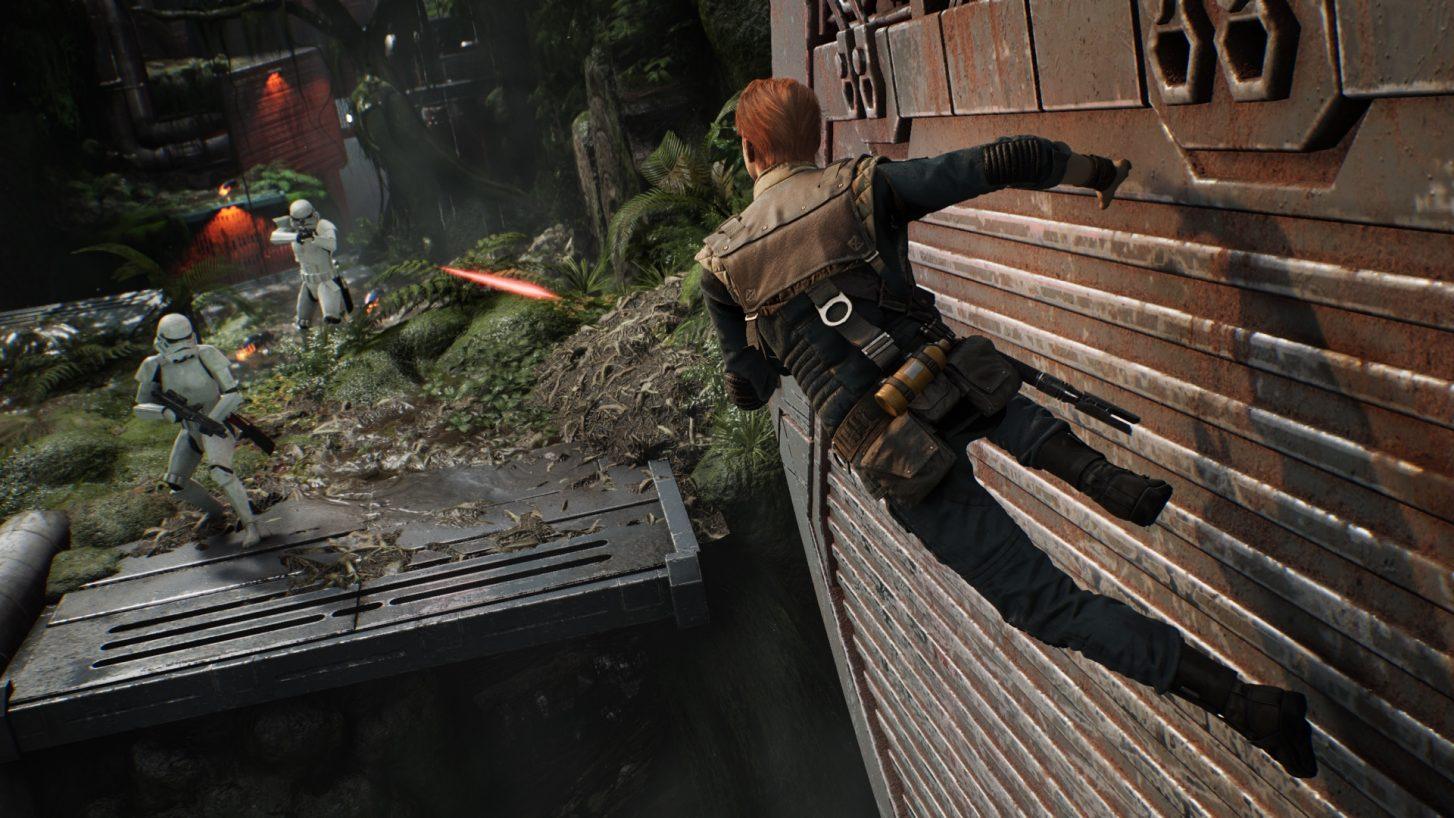 I have to admit that when I started playing Fallen Order, I was pretty frustrated. The combat system eluded me and I kept dying over and over again. The simplest of enemies seemed to get the better of me and I was pretty much set on giving up gaming because it made me feel like trash, but a bit of research, understanding and patience made me realise what I was doing wrong. If you're a fan of games like God Of War or the Batman Arkham Asylum series and you approach combat in Fallen Order the same way then you're going to end up like me -- pissed off and dead with every enemy encounter. If you've been reading up on the game then you'll know it's been likened to Dark Souls or Sekiro: Shadows Die Twice, games which I've never played so I finally understood why I was so annoyed. Button mashing whether for attacks or blocking are not going to help at all, but instead, in a very meta kind of way, patience and serenity much akin to a Jedi is the way to be able to dispatch your enemies efficiently and most importantly be able to survive.

But combat is just a thin slice of the pie for Fallen Order. While there's nothing like slicing through storm troopers or going head to head with Inquisitors, you'll spend most of your time platforming on this game. The different planets you visit all have their own set of environmental hazards, as well as quirks to help you traverse around. The swinging, wall-climbing and puzzle-solving hearkens back to games like Prince Of Persia and even Tomb Raider because surprisingly, you'll be spending some time in tombs. Getting from Point A to Point B and opening up passages or shortcuts is as crucial as the combat is in Fallen Order. That being said, there were times when the controls got slightly annoying though admittedly not as annoying as when I was mashing away at the square button during combat. I played this on a PS4 and I found myself having difficulty controlling Cal as he slid down certain portions of the world which sometimes led to that increasingly frustrating "Respawn" screen that seemed to goad me every time it showed up.

Gameplay aside, it was wonderful to be able to explore the beautifully designed planets, some of which may be familiar to fans. Even the combat animation is utterly exhilarating. Going up against storm troopers is one thing and battling an Inquisitor head to head is another, but there's an encounter at the end of the game that's so well done that will have you crapping your pants. 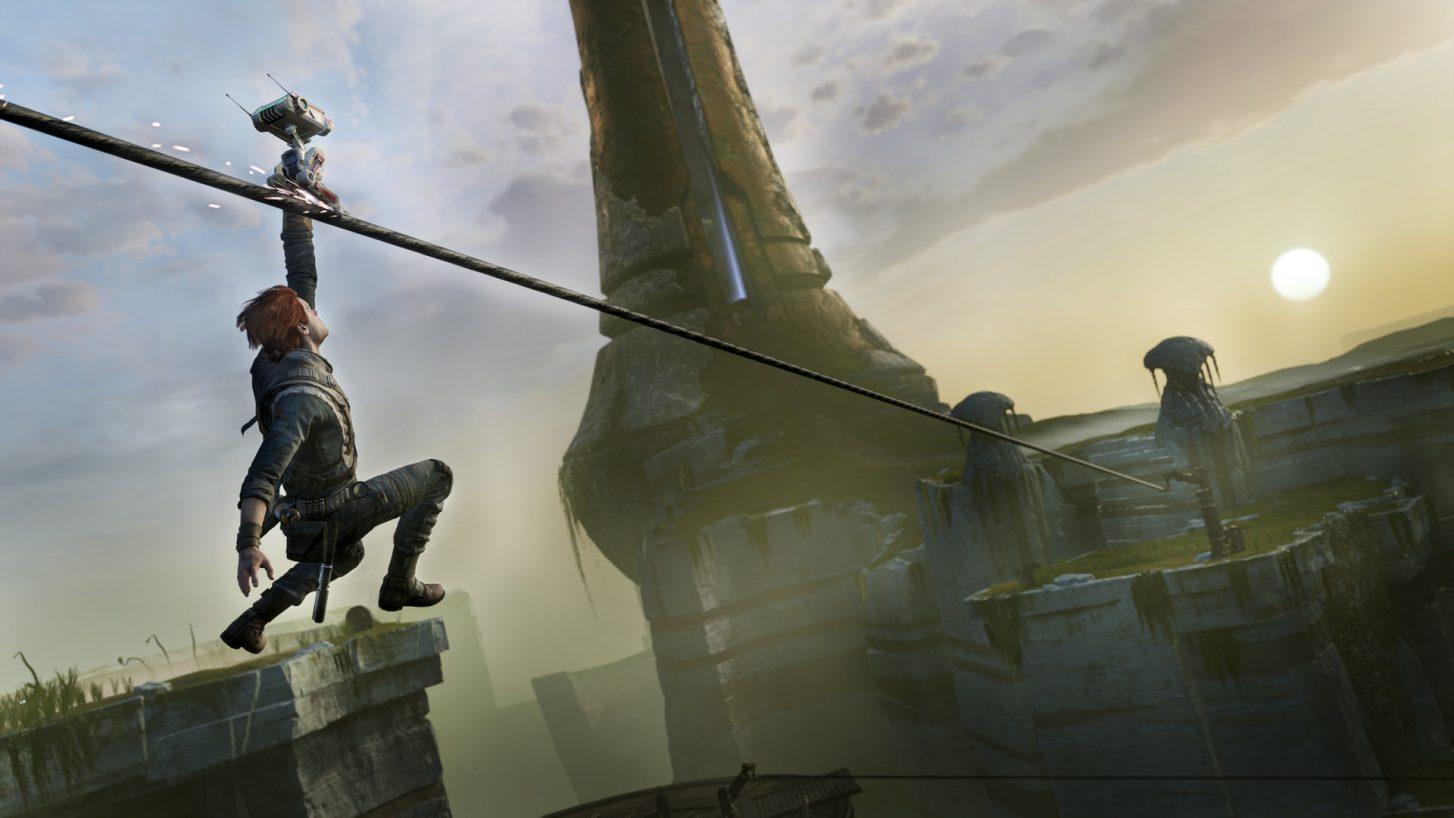 It's going to take some time to get acquainted with the way the game's combat system works but if you take Qui-Gon Jinn's advice and be patient, you'll eventually get there and find that Star Wars Jedi: Fallen Order is a challenging yet enjoyable game. I'm hoping a sequel is in the works because I am looking forward to see Cal in more adventures.

RATING: 4 AND A HALF STARS 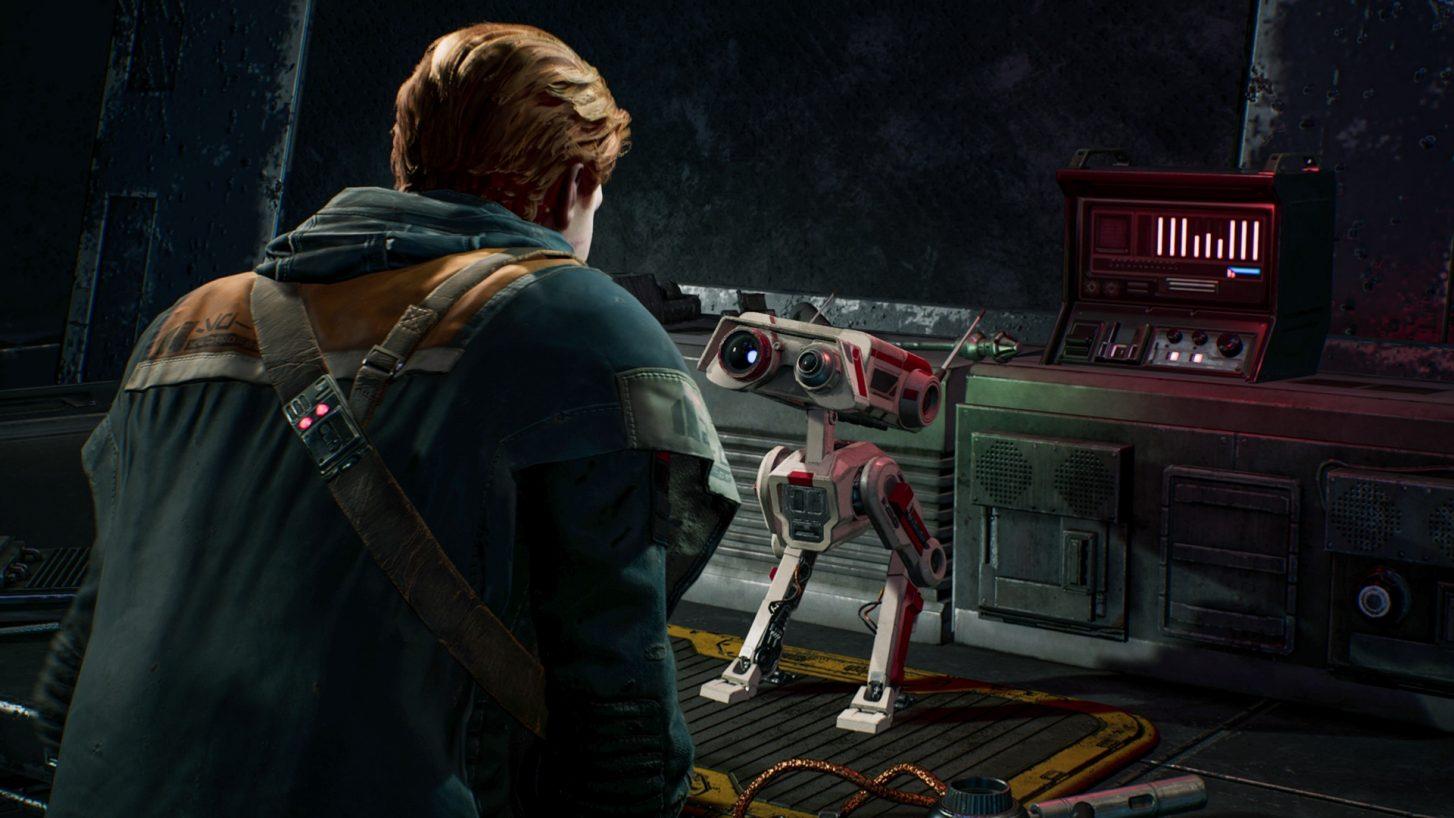