The odd one out
Tech

The odd one out

The Samsung Galaxy Fold is pretty cool at first glance, but is there more to it?

As the holiday season draws near and your family probably begins to make plans for a family get-together, you may be reminded of that quirky relative you have that you'll probably meet. You know, that uncle or aunt who's bordering on cool and weird, the one who's vegan and who's your go-to person when asking about how to live a more sustainable lifestyle but who also uses those weird products like those from Gwyneth Paltrow's company. This is probably the best way to describe the Samsung Galaxy Fold.

The Samsung Galaxy Fold is a sight to behold. I hadn't seen anything like it, and the unfolded 7.3in-display looked pretty sleek and cool. Just one look and you know that this screen will give you some great hand-held viewing pleasure, as well as some good mobile gaming sessions. Unfurled in all its glory, it's moderately slim which makes it easy to be handled though you will have to use two hands. It also comes with a case so that its glass-like surface won't be scratched or tarnished, which in this case is a must because there's not a lot of Galaxy Fold cases out there.

While it may be pretty cool unfolded, folding it up makes it look... well, weird. It's long and bulky once folded with a narrow screen that you can't really do much with. You also can't really carry this phone in your pocket. It's too big to be carried unfolded and too bulky and heavy to be placed in a pocket. So while people may watch in awe and jealousy as you unfold your screen, they'll be chuckling when you fold it up and put it in your pocket where there'll be a huge, um, thing awkwardly protruding from your jeans. 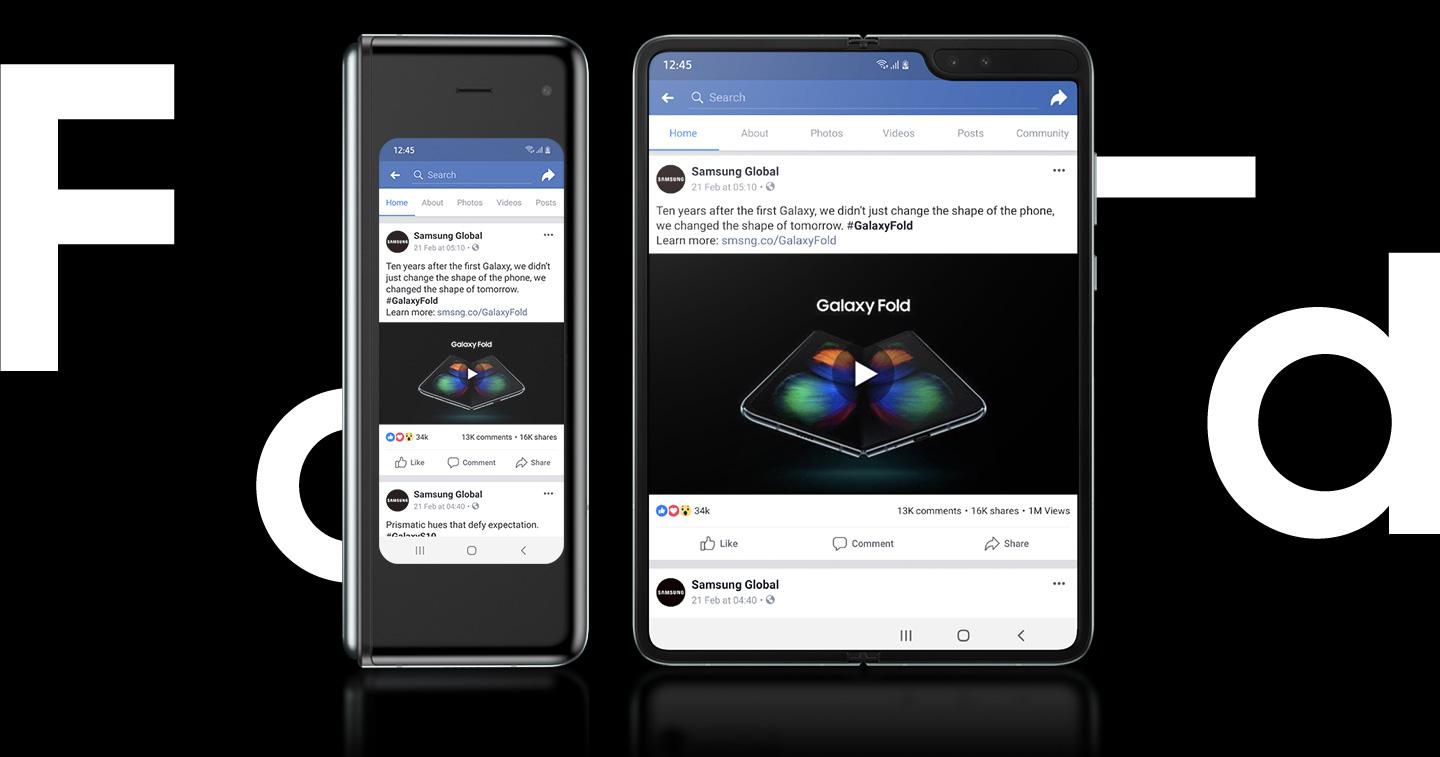 I immediately tried mobile gaming on this bad boy and I'm glad to say that it didn't disappoint. Coupled with its huge screen and 12GB RAM, this phone delivers seamless, HD-quality graphics when it comes to gaming. I played numerous rounds of COD Mobile on here and lost the time. Of course, that powerful RAM doesn't just help in gaming but in multitasking, as well. With the Fold's screen, multitasking is easier. It was a little weird to find that Samsung didn't include an S-Pen with the Fold because it seemed like a no-brainer with the Fold being a hybrid tablet-phone. Anyway, you'll have to settle using your good ol' thumbs.

Nowadays with smartphones, the competition is heavy when it comes to cameras and the quality of photos they produce. The Fold has six pro-grade cameras with three main cameras, two 12MPs and one 16 MPs. Specs-wise, the camera seems to be on par with the latest cameras on other recently released smartphones, but the quality of the photos it produces isn't really that great. Don't get me wrong, it's not horrible either, but it's just okay. Then again, the main draw of the Fold isn't the camera anyway but its display.

The Samsung Fold can be perceived as quirky and cool, but unfortunately, its novelty lasts only for a while. Unfolding that big display will satisfy you in terms of gaming and watching vids but aside from that, that's pretty much all the Fold has to offer. If you're willing to shell out B69,900 for that, go for it.