AirAsia will launch a super app to offset negative impacts from the pandemic on sales revenue. (Photo by Pattarapong Chatpattarasill)

AirAsia Group announced on Thursday that it is building a super app off its existing mobile application and website to provide services such as e-commerce, delivery and payments. The app is to be available next month in Thailand and Asean.

AirAsia chief executive Tony Fernandes said the idea to build a super app came before the pandemic, but new revenue streams are desperately needed after most of AirAsia's fleet has been grounded for months because of travel restrictions.

The company suffered losses of US$238 million in the second quarter of this year.

"This journey didn't start during the pandemic -- this journey started two years ago -- but it was accelerated because of the outbreak," Mr Fernandes said. "This is not a Plan B, this was always our Plan A, but we still think aviation will definitely come back."

The new platform will be accessible through AirAsia.com and AirAsia's mobile app on Oct 8, including digital services under subsidiary AirAsia Digital.

These services include BigPay, a digital payment app; Teleport, a wholly owned logistics, e-commerce and delivery business; and Santan, a food and beverage franchise.

Mr Fernandes said these services are already earning revenue for AirAsia except for BigPay, which is in negotiations with regulators to set its rates.

Teleport came to Thailand in 2019 through a joint venture, while BigPay is available in Thailand and can transfer money to Thai bank accounts.

Santan is only available in Malaysia or on AirAsia flights.

"AirAsia's roots are from moving people from A to B and moving cargo from A to B, and that is the basis of AirAsia Digital and the basis for our platform AirAsia.com," Mr Fernandes said.

The app will also allow users to book hotels and flights (from airlines other than AirAsia) and offers a travel and lifestyle rewards programme. The company ended its partnership with Expedia and is offering its own travel booking service.

AirAsia's new venture will face stiff competition from existing super apps Grab and Gojek, which are both spending billions in venture capital to expand their presence in Southeast Asia. Grab and Gojek are in talks for a merger, which if completed would create a virtual monopoly for ride-hailing and food delivery in Asean.

Grab is valued at about $14 billion, while Gojek was valued last year at almost $10 billion. Neither company is publicly traded.

AirAsia, which is listed on the Malaysian stock exchange, has a market capitalisation of $624 million. 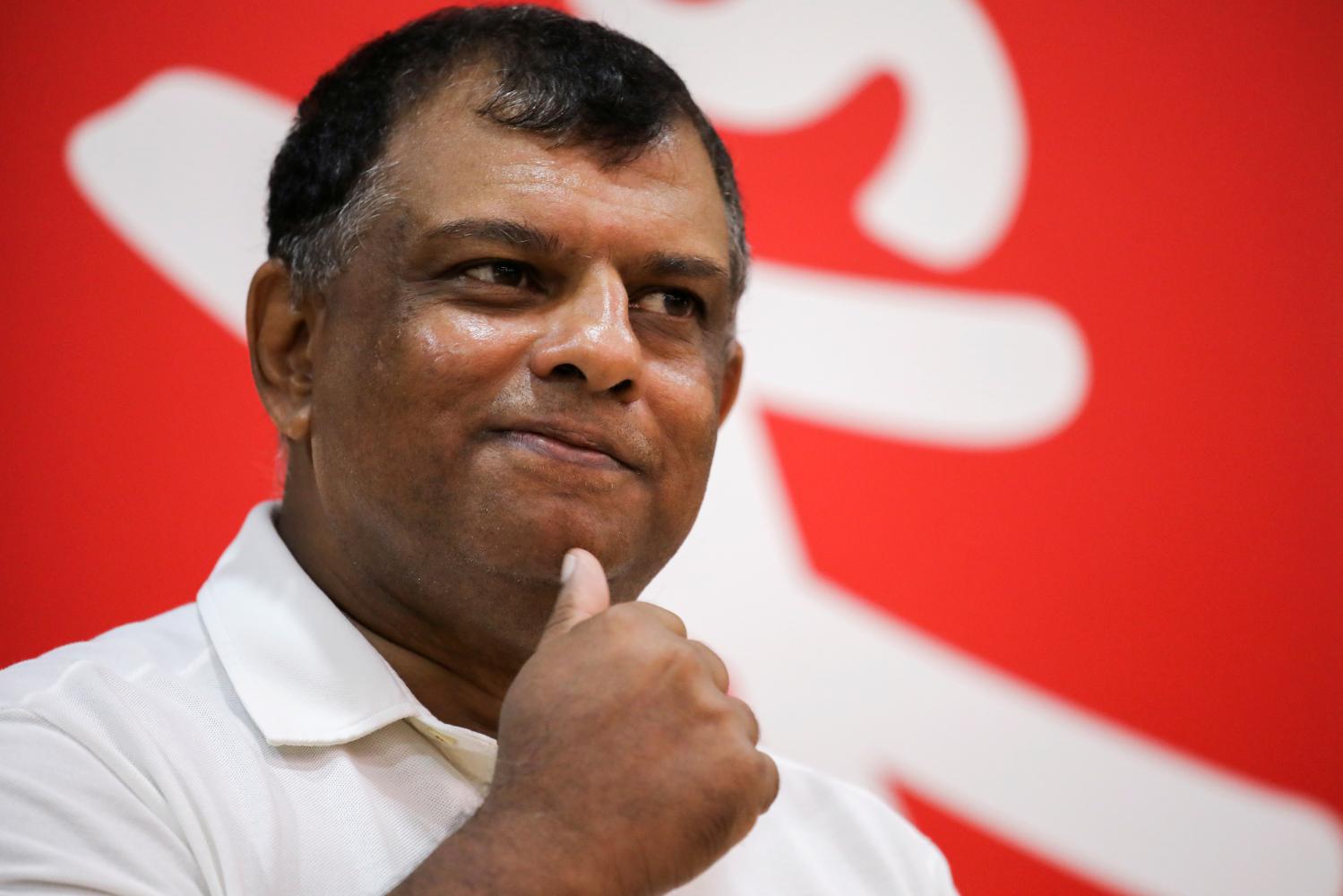 "We are nowhere near the size of Grab or Gojek, but AirAsia's not about being dominant in one country, but providing an Asean product." — Tony Fernandes, Chief executive, AirAsia

"We are nowhere near the size of Grab or Gojek, but AirAsia's not about being dominant in one country, but providing an Asean product," Mr Fernandes said.

The AirAsia app hopes to differentiate itself by leveraging the data it has collected from millions of passengers, while also stressing its cross-country appeal for cross-border travellers in Asean.

"I don't believe we are here to compete, but here to complement," Mr Fernandes said. "Airlines always see us as competitors, but we complemented the full service and created a new market that was not there -- before, only a few people could fly, now everyone can fly, and in the same way we will complement the market."

He said the platform will also be open to new partners and services, not just those owned directly by AirAsia Digital.

"AirAsia has shifted to being a lifestyle company and already has spent considerably on developing technology," he said. "The company might not need to invest a substantial [additional] amount to turn their tech offerings into a super app."

During a pandemic, users cannot take advantage of these flight privileges as much.

Mr Araneta said a winning super app is one that leverages considerable real-time data and various partners to provide relevant benefits to its customer base.