Thailand is setting its sights on boosting its digital infrastructure and creating an ecosystem that will position it as the digital hub of Asean, a seminar was told on Wednesday.

Technology is at the core of Thailand's development as the country moves into the era of Thailand 4.0, Deputy Prime Minister Prawit Wongsuwon said. Thailand, he said, is developing its technological infrastructure to pave the way for becoming a digital hub in the region.

The deputy prime minister was presiding over the Powering Digital Thailand 2021: Huawei Cloud & Connect event co-hosted by the Bangkok Post and Huawei Technologies Thailand. The event is being held until Saturday at Convention B2, 22nd Floor, Centara Grand at CentralWorld. There, Huawei is presenting the latest Cloud, AI and 5G technologies all in one place. These technologies will increase value in various industries and stimulate the economy. More than 800 people attended the event yesterday. 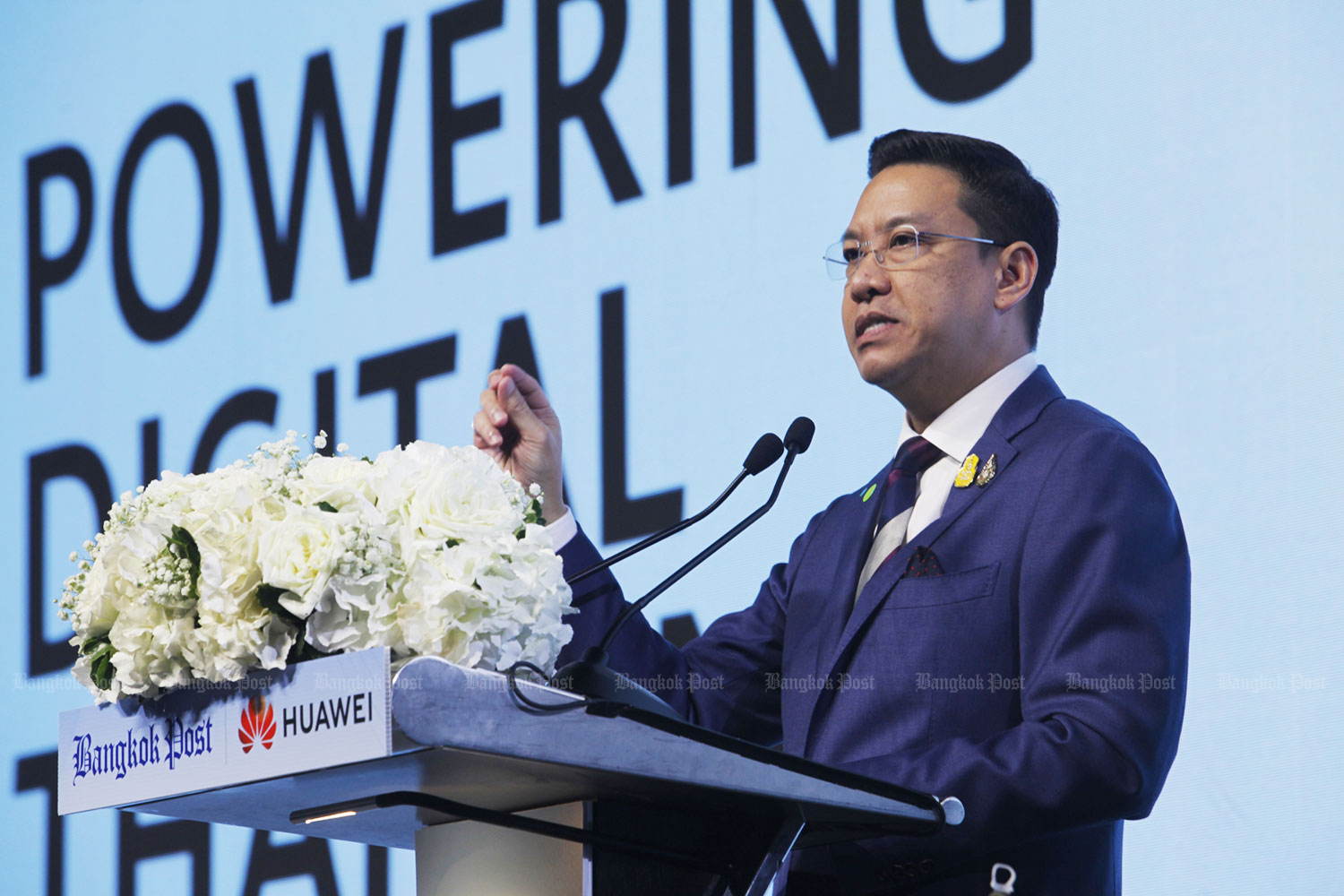 "Thailand is one of the first countries in Asean that developed 5G technology for commercial use. Many areas in the Eastern Special Development Zone or Eastern Economic Corridor (EEC) have already adopted this technology. Digital technologies like 5G, Cloud and AI technologies are crucial infrastructure that can turn Thailand into the digital hub of the region," Gen Prawit said.

The government recognised the importance of technological development, he said. It therefore drew up its Digital Economy and Society Development Plan in cooperation with the public and private sectors, he said. Its aim was to develop infrastructure, innovation, data, human capital and other digital resources that will ultimately drive the country towards stability, wealth and sustainability, Gen Prawit said.

He said Thailand is regarded as the first 5G mover in Asean in terms of 5G commercial services thanks to the 5G licence auction held on Feb 16. The mobile operators which won 5G spectrum licences are obliged to deploy their network in the EEC in the first year of their 5G services, he said. 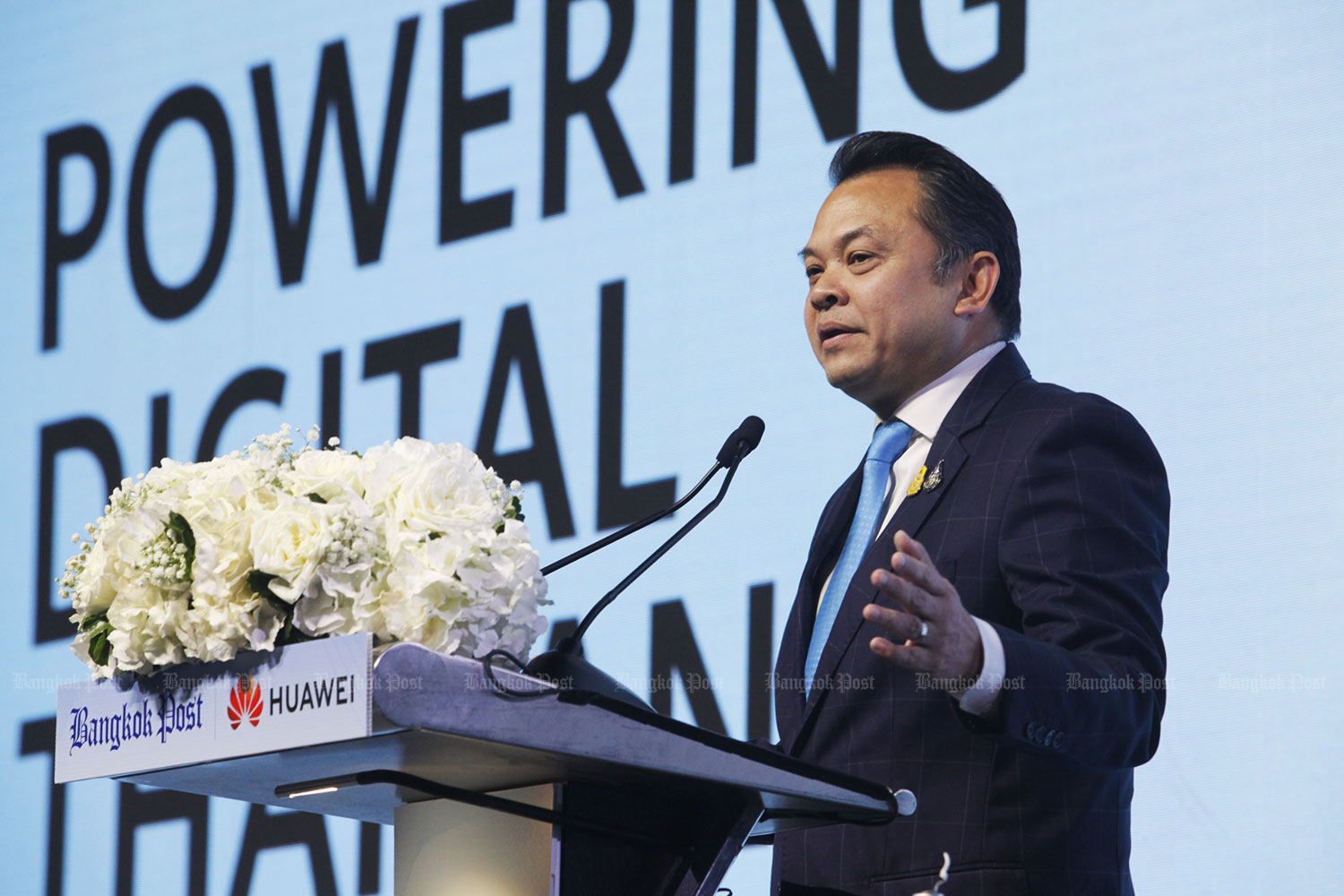 He said he has assigned state telecom enterprise TOT to establish a new data centre in 2021 to capitalise on demand from the private sector. TOT is studying the details of the new data centre, including its data-handling capacity, he said.

He said the information is "new oil", which serves as a critical factor for the internet economy era, particularly big data analytics. The Government Data Centre and Cloud Services (GDCC), operated by state telecom enterprise CAT Telecom, serves as a centralised state agency data and cloud service. He said GDCC began operating this year and was earlier expected to handle 8,000 virtual machines (VM), but demand from state agencies has reached close to 20,000 VM now.

"Huawei Technologies Thailand is set to establish its third data centre in Thailand in 2021 with an investment budget of 700 million baht. This is a good signal to boost Thailand's potential as a digital hub," said Mr Buddhipongse. "Thailand holds strong potential to become a di- gital hub in Asean.

''Our digital infra especially 5G networks has surpassed others in region, even Singapore," he said. 5G commercial networks have been rolled out and the massive 5G adoption can be expected next year, he said. The government's target of having 5G tech in EEC development is part of efforts to move towards the digital-driven economy. 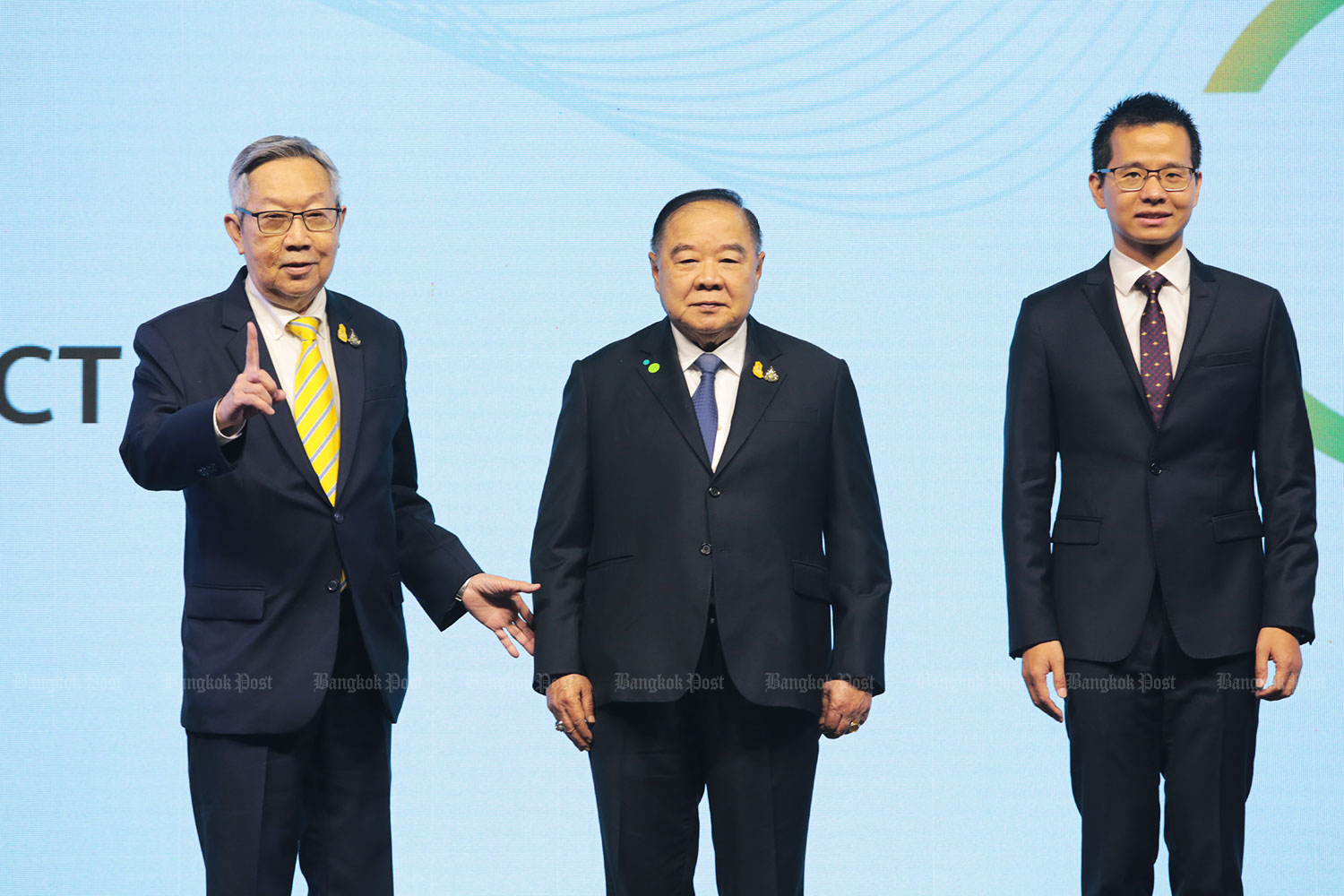 Suthikiati Chirathivat, chairman of the Bangkok Post board of directors, gestures as he, Gen Prawit and Abel Deng, CEO of Huawei Technologies Thailand, appear on stage. (Photo by Chanat Katanyu) 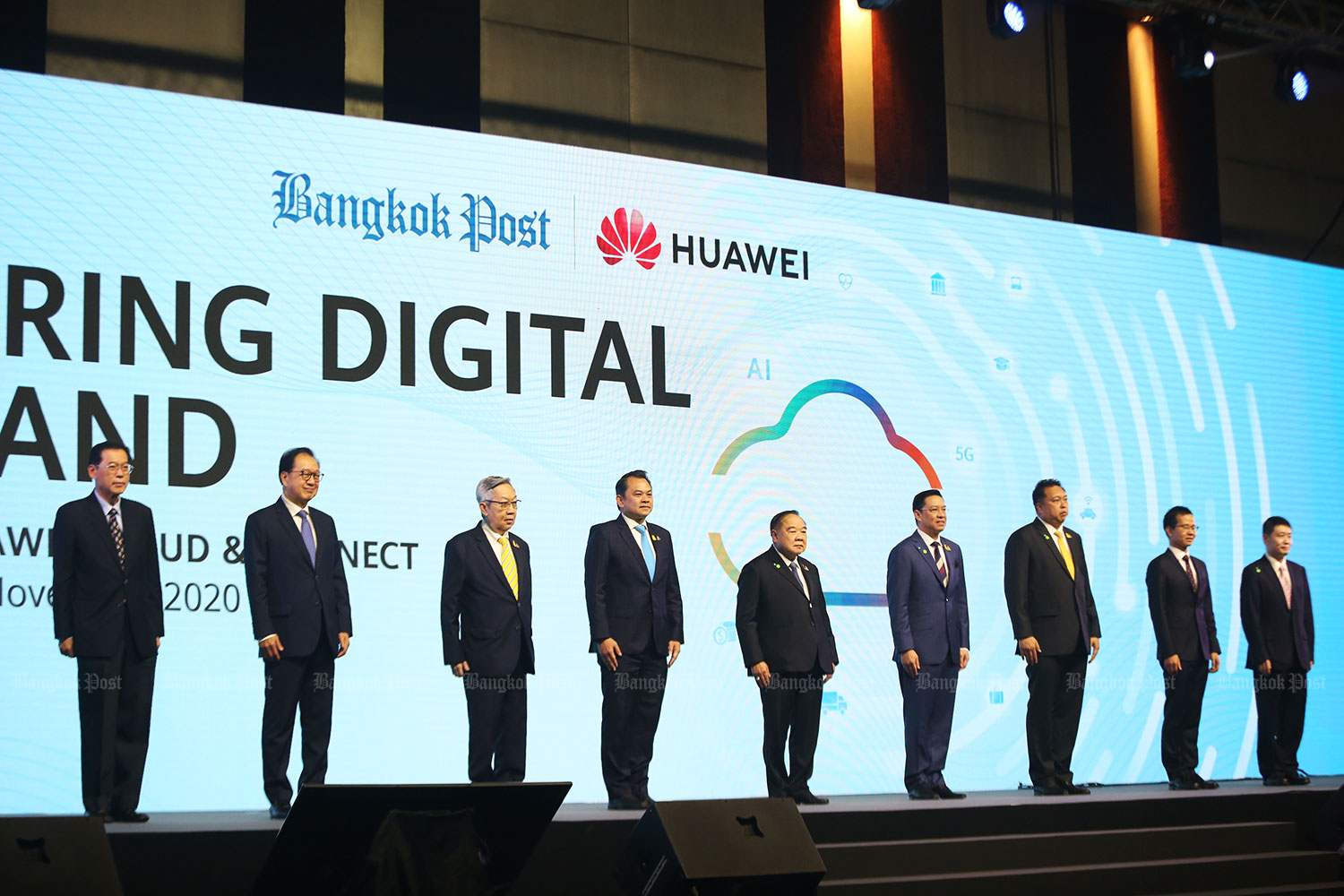 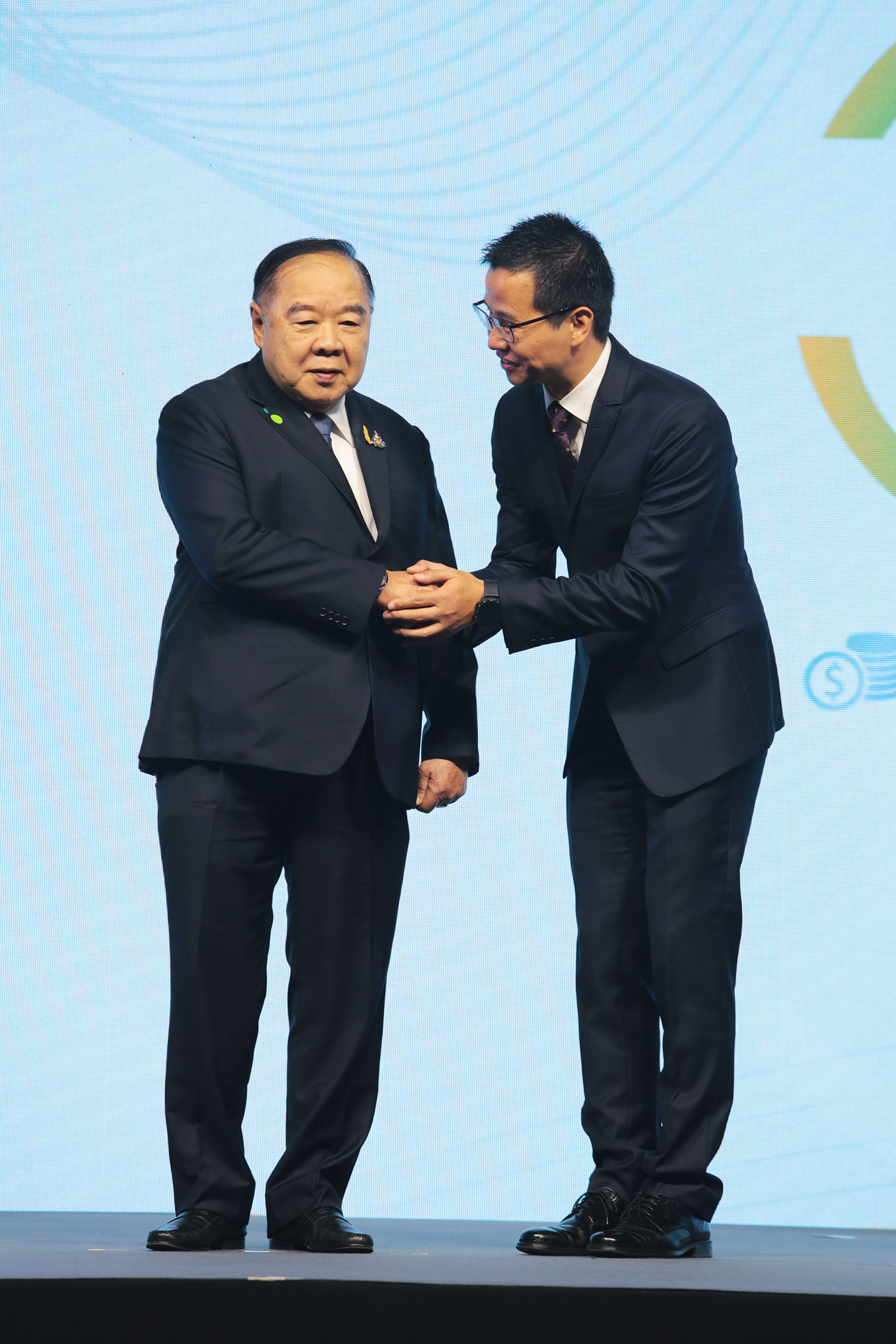 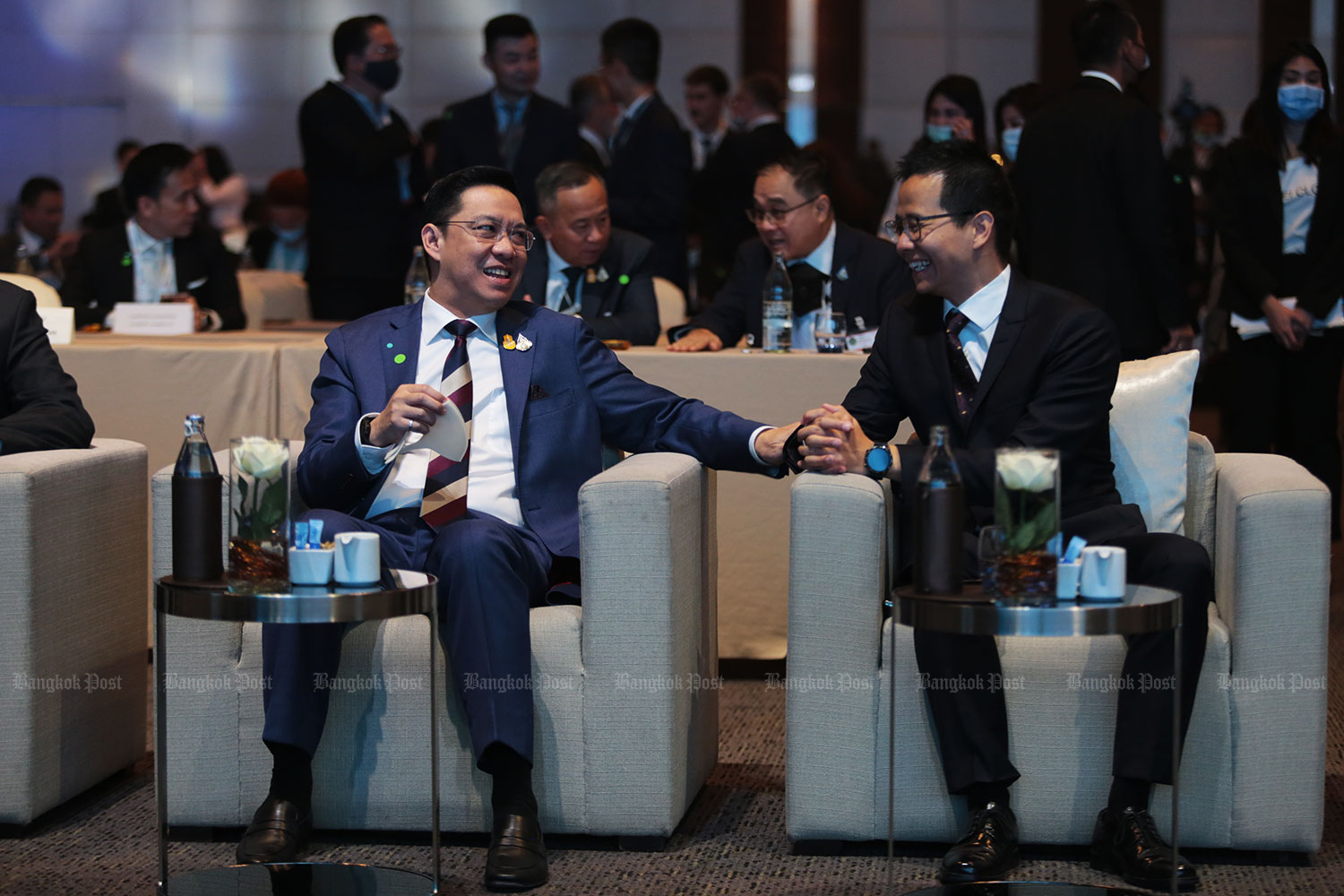 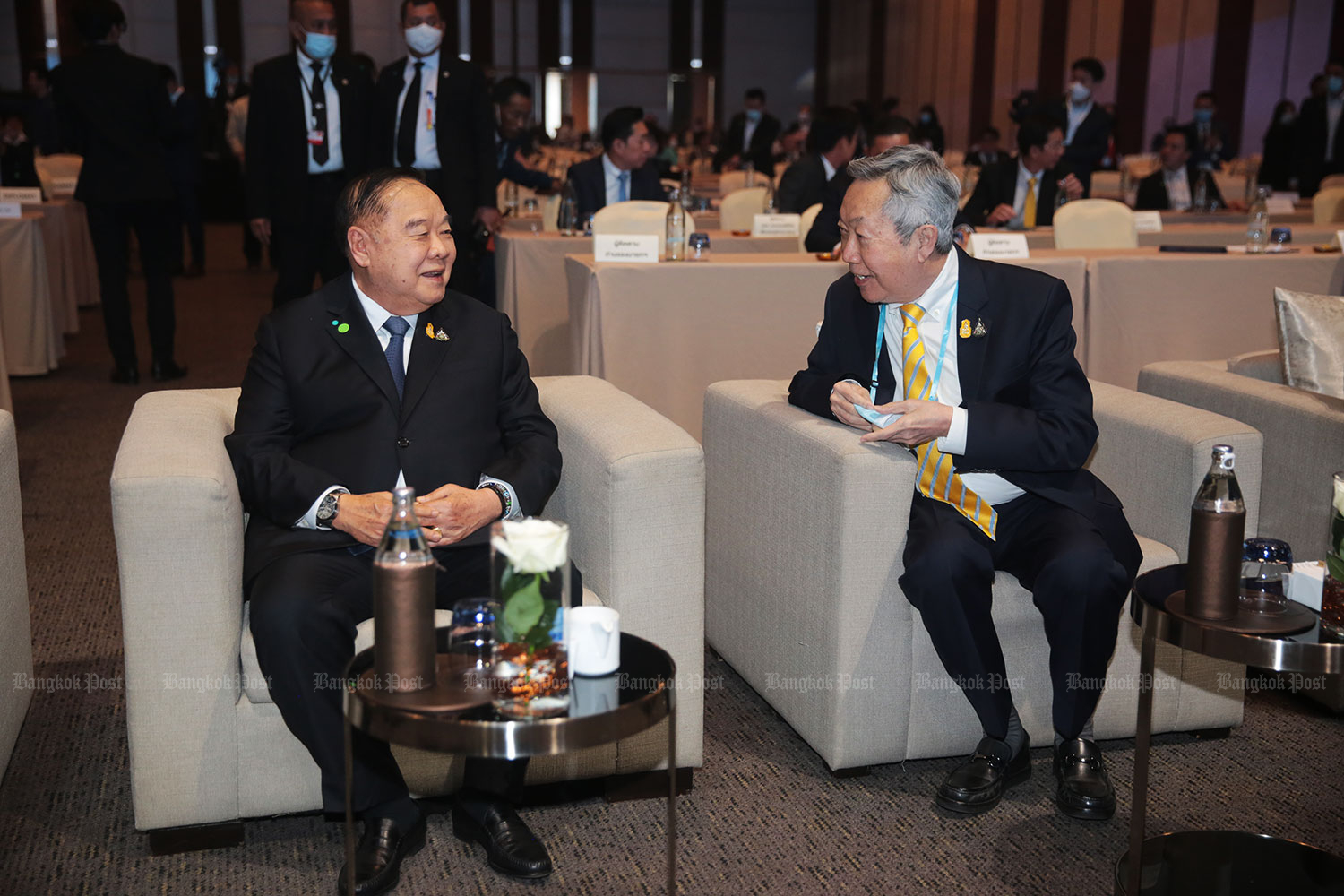 Mr Suthikiati has a conversation with Gen Prawit. 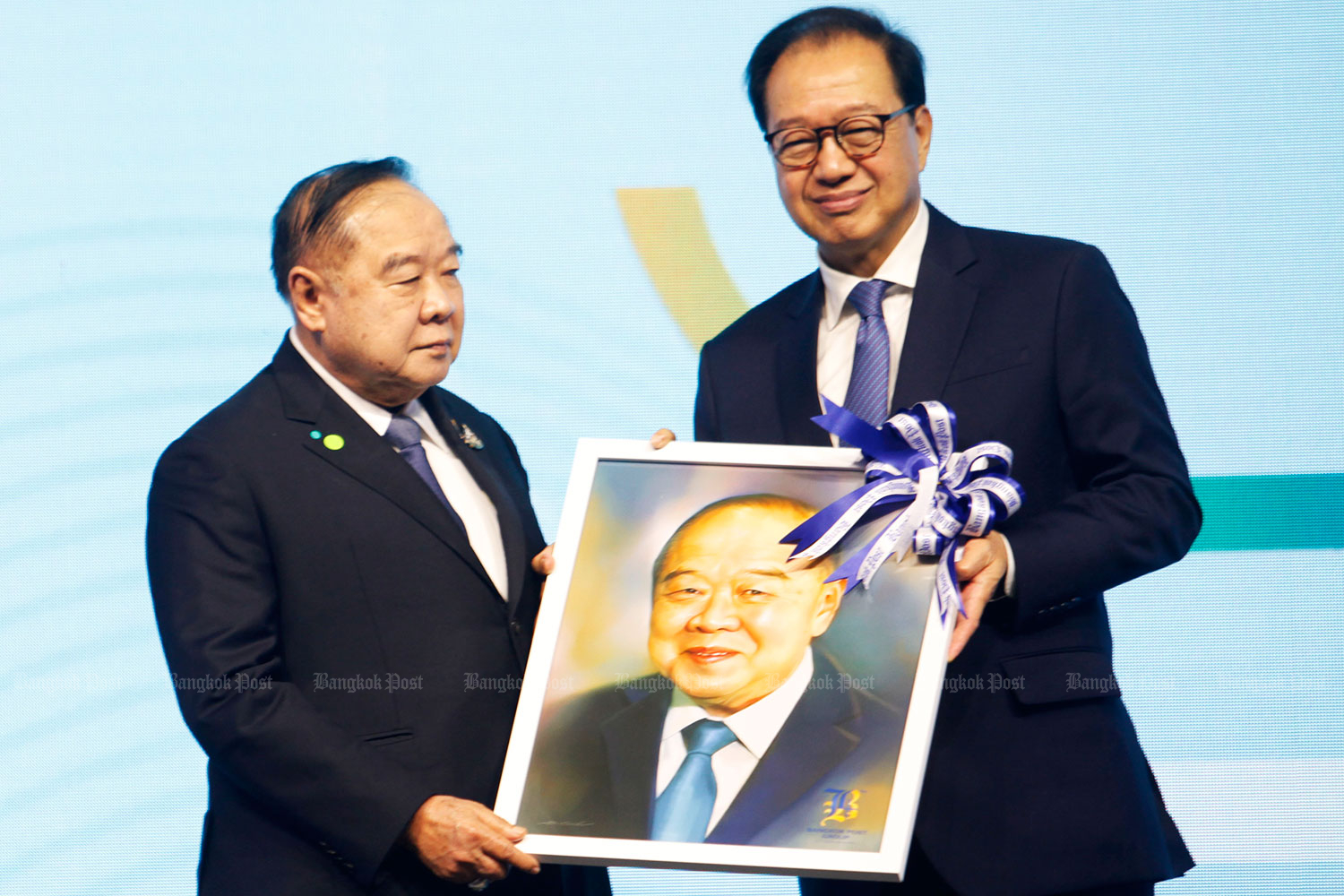 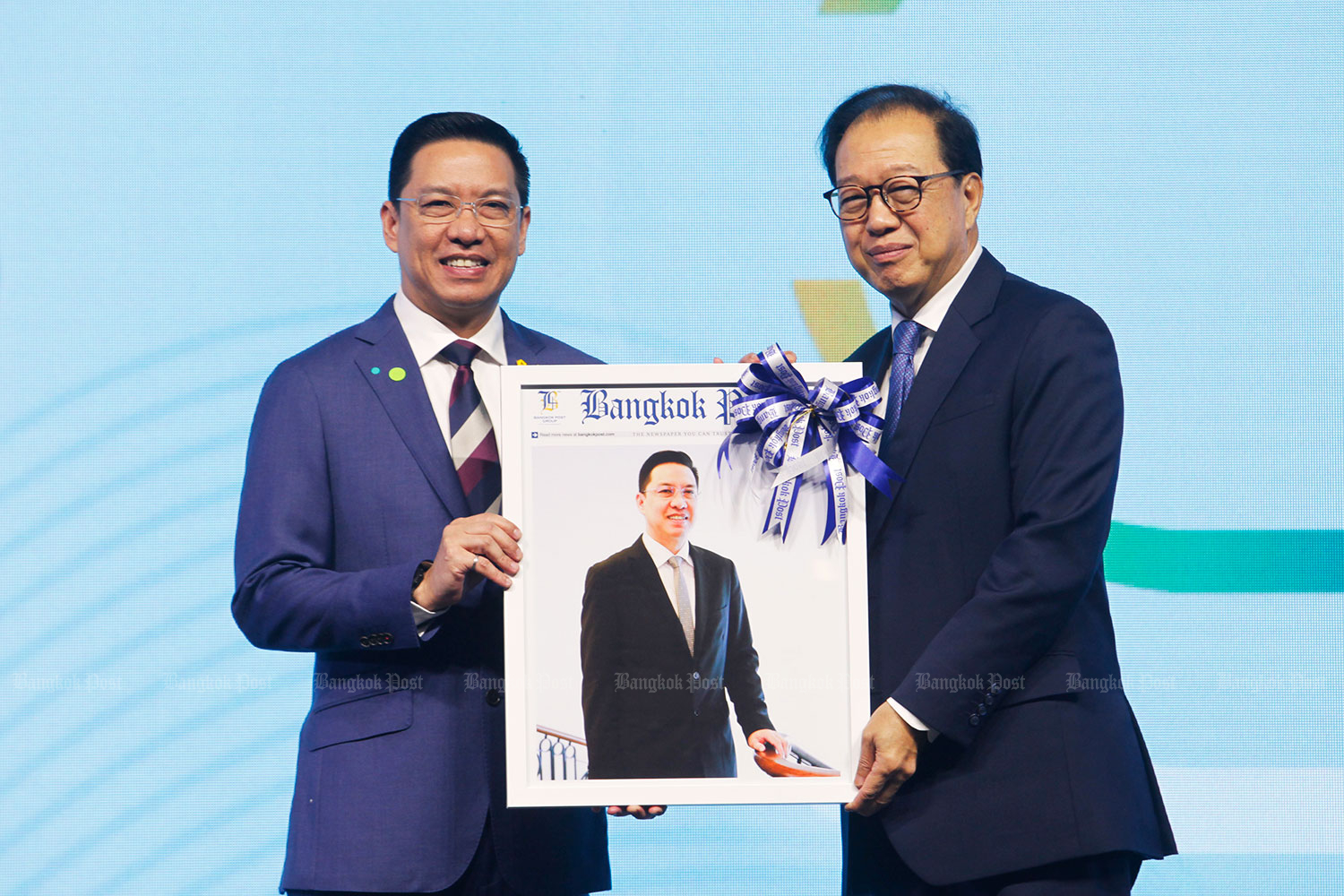 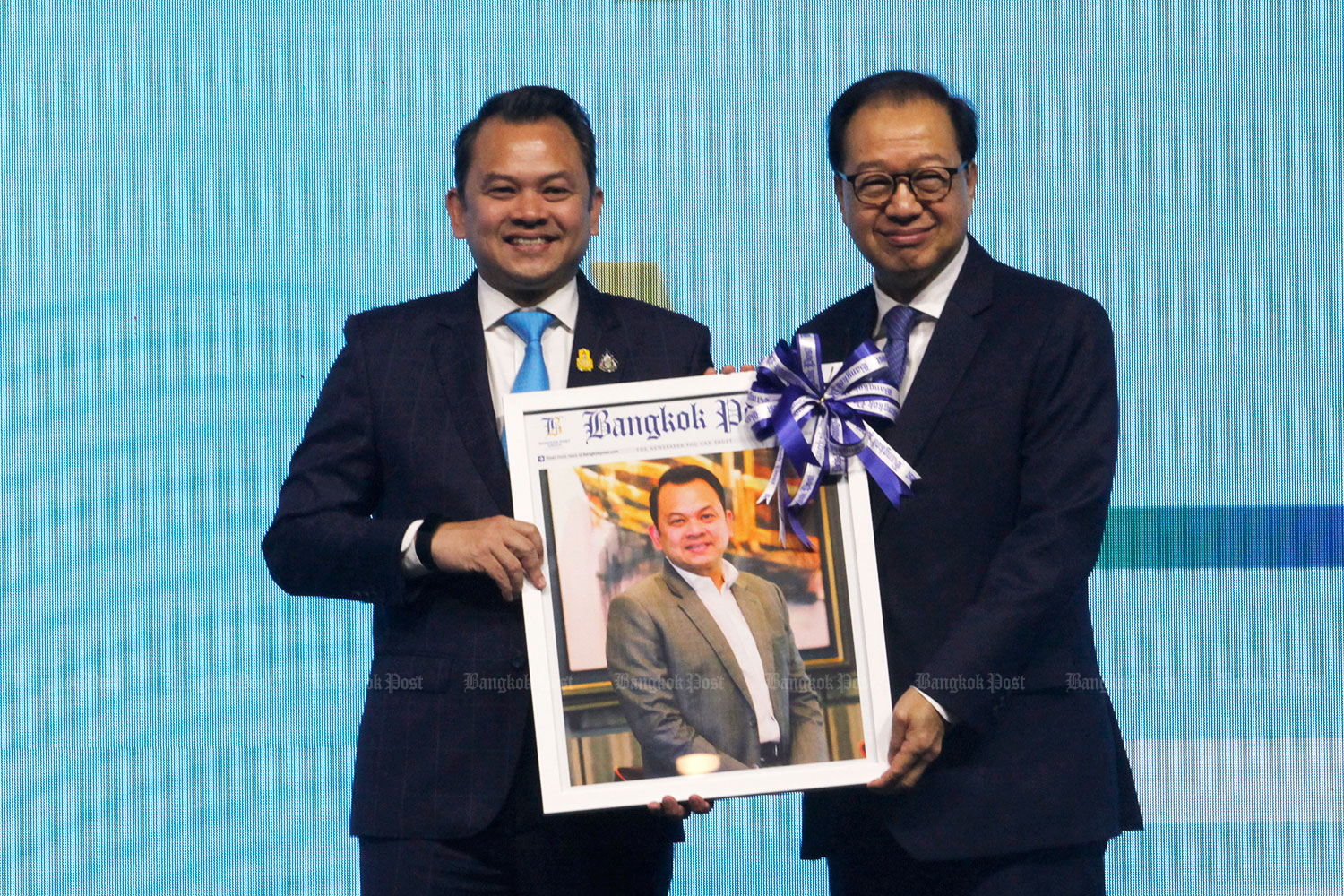 New digital innovation on display at the forum’s venue. 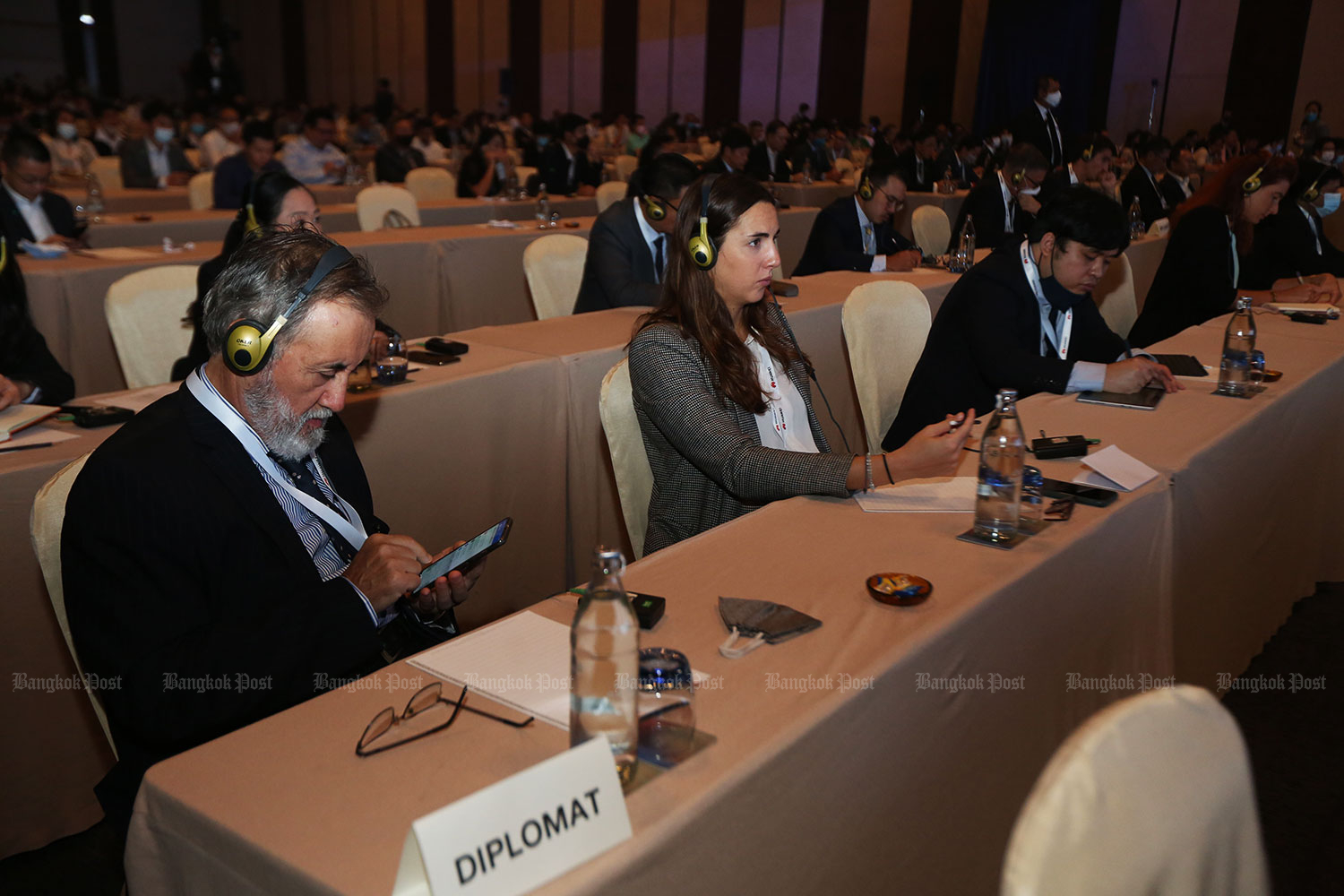 Diplomats and guests pay close attention to the speakers on stage. 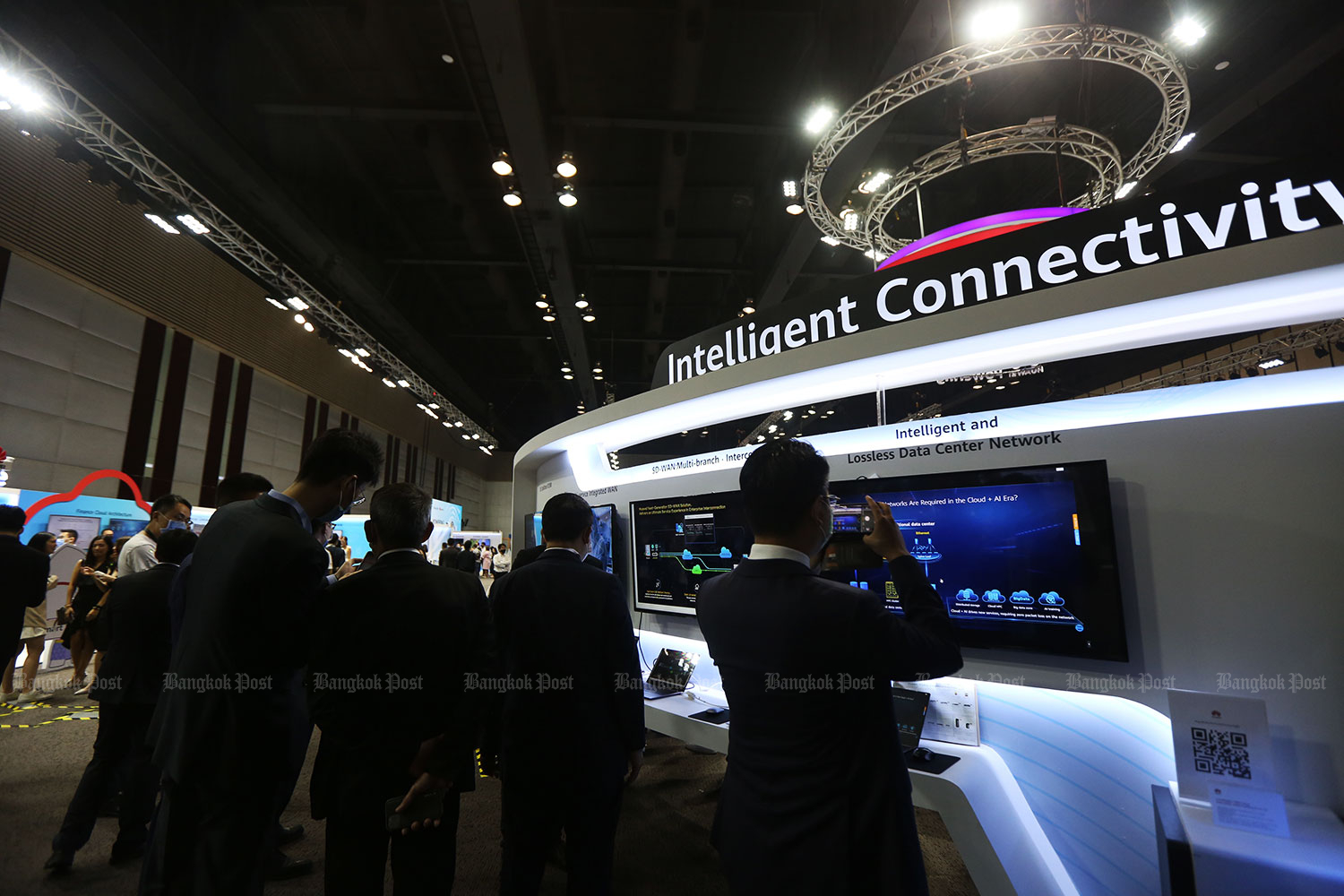 Guests are treated to a rich display of technologies which highlight intelligent connectivity. 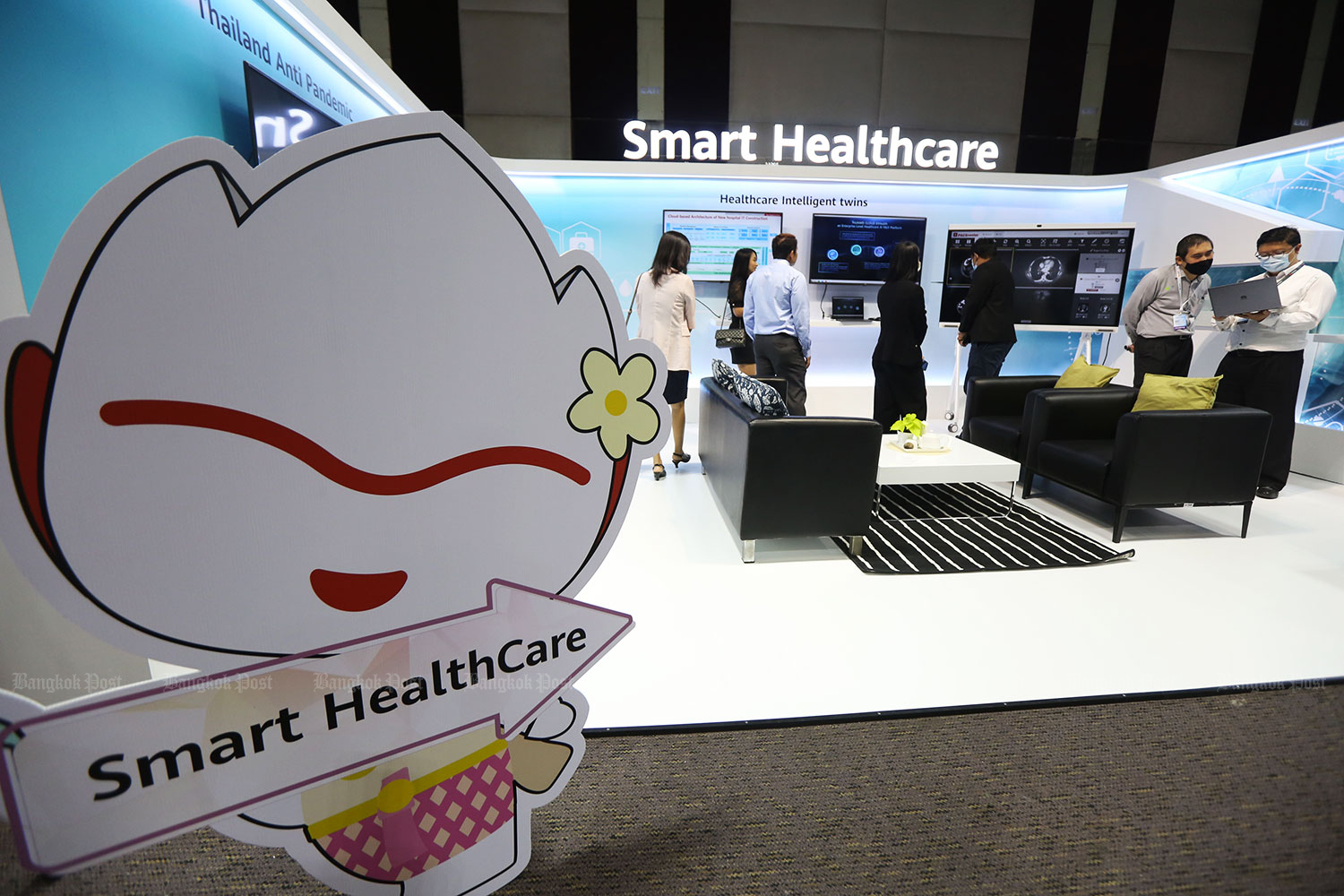 Guests are guided through various cutting-edge technology displays in the smart healthcare section. 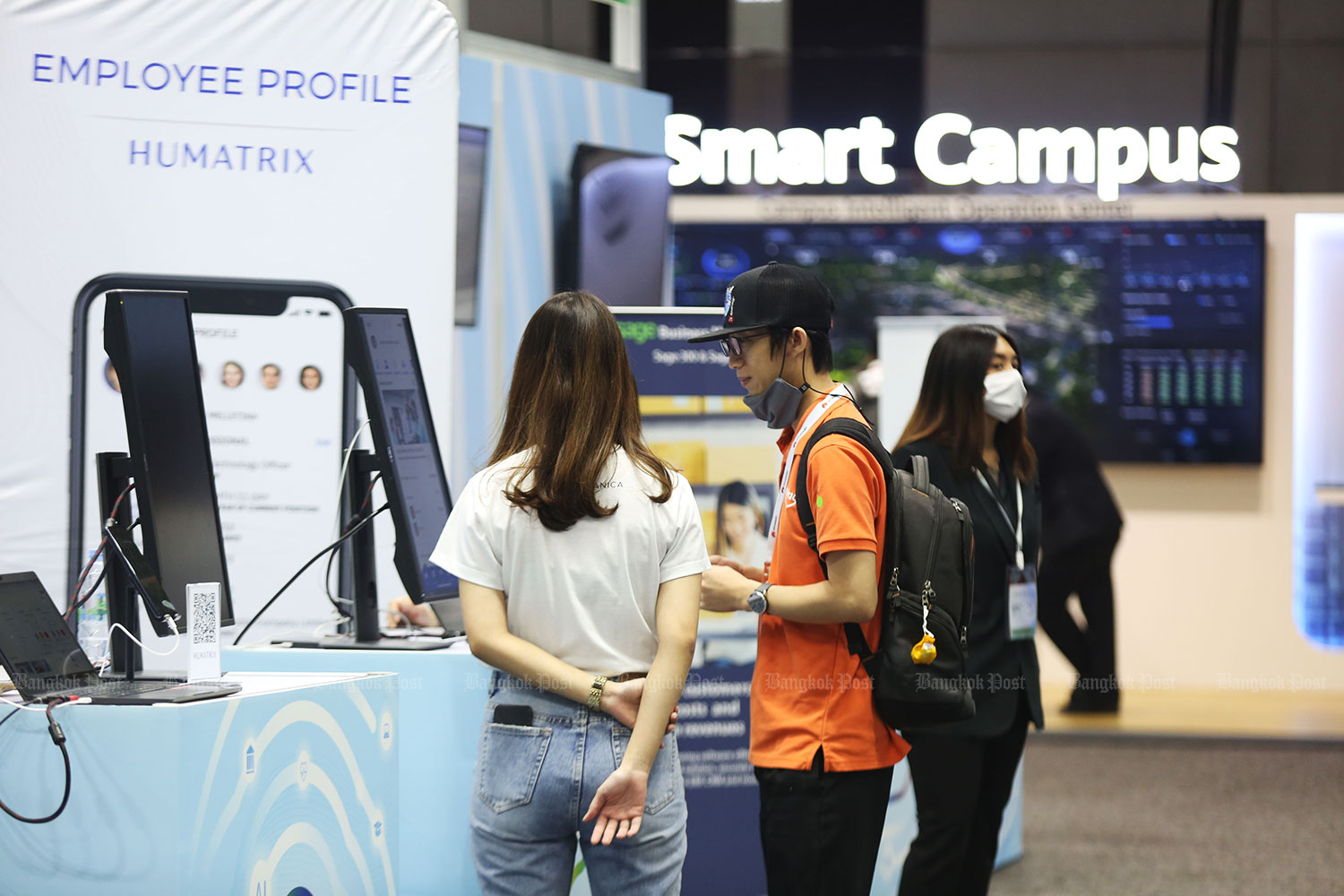 Visitors inquire about products on show at the forum yesterday. 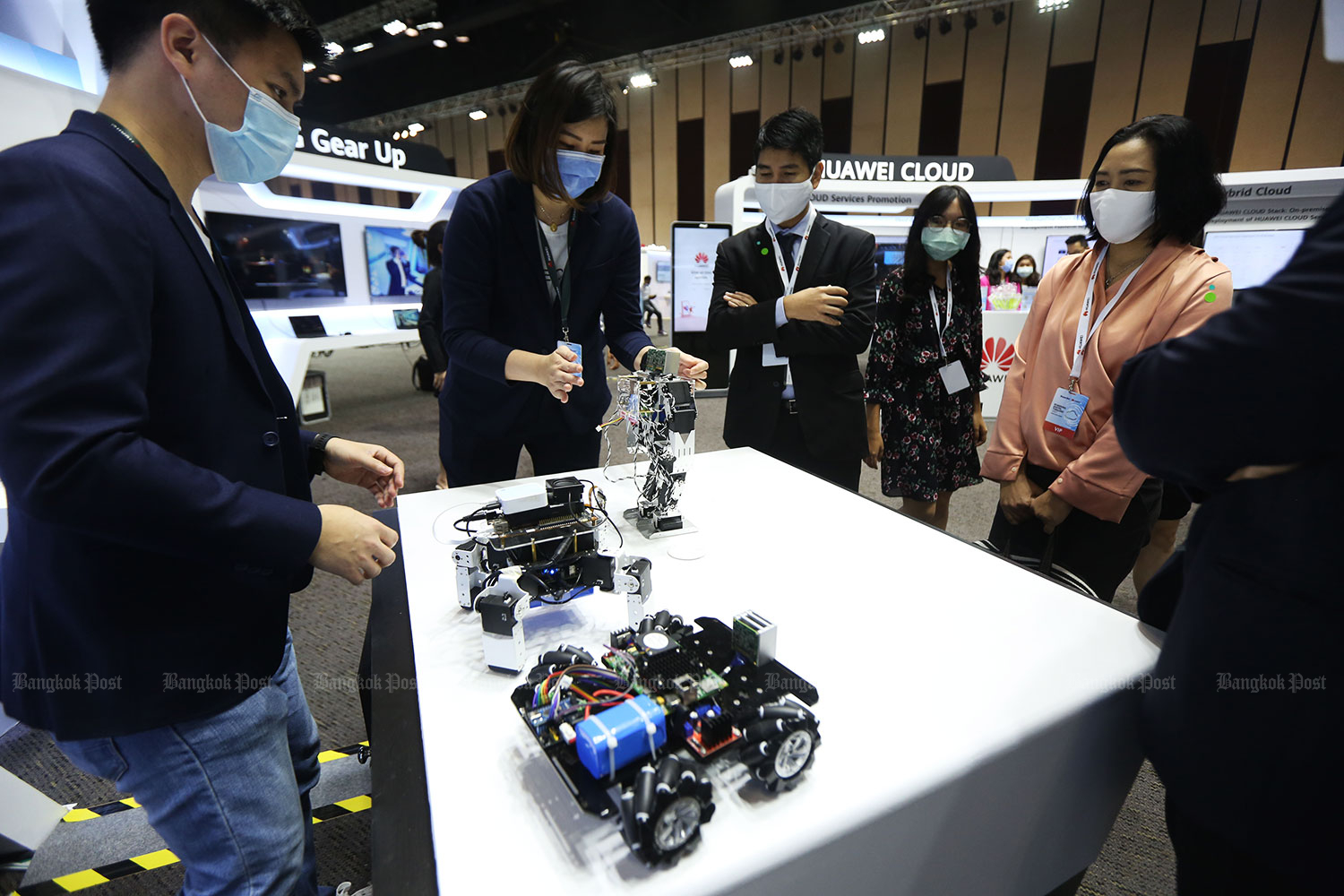 Staff show how the various innovations and gadgets work to participants at the forum.

Boom in demand for friendly hackers as 5G approaches