A viking's life for me
Tech

A viking's life for me

Assassin's Creed Valhalla leans even more into the RPG direction that the previous two titles have taken and gives players a vast open-world to explore, different kinds of enemies to face that make each step of the journey challenging and a story that expands on the already expansive Assassin's Creed lore. But quantity doesn't always mean quality.

You take control of a Viking warrior named Eivor, who can be played as a male, female or you can let the game switch back and forth (the game explains this is as the Animus, the machine used to relive memories, just choosing the stronger memory stream).

After witnessing the death of their parents, Eivor is adopted by King Styrbjorn and grows up alongside Sigurd, who becomes like a brother to them. After a number of events, which cause King Styrbjorn to decide to pledge allegiance to a new young king that has united all the Viking tribes in Norway, Eivor and Sigurd decide to strike out on their own in England, establishing a town they name Ravensthorpe, named after their clan, the Raven Clan. Along for the ride are two members of a brotherhood known as The Hidden Ones aka the Assassins, who team up with Eivor to track down and kill members of the Order of the Ancients aka the Templars residing in England, all while Eivor and Sigurd make moves in establishing the Raven Clan as formidable. 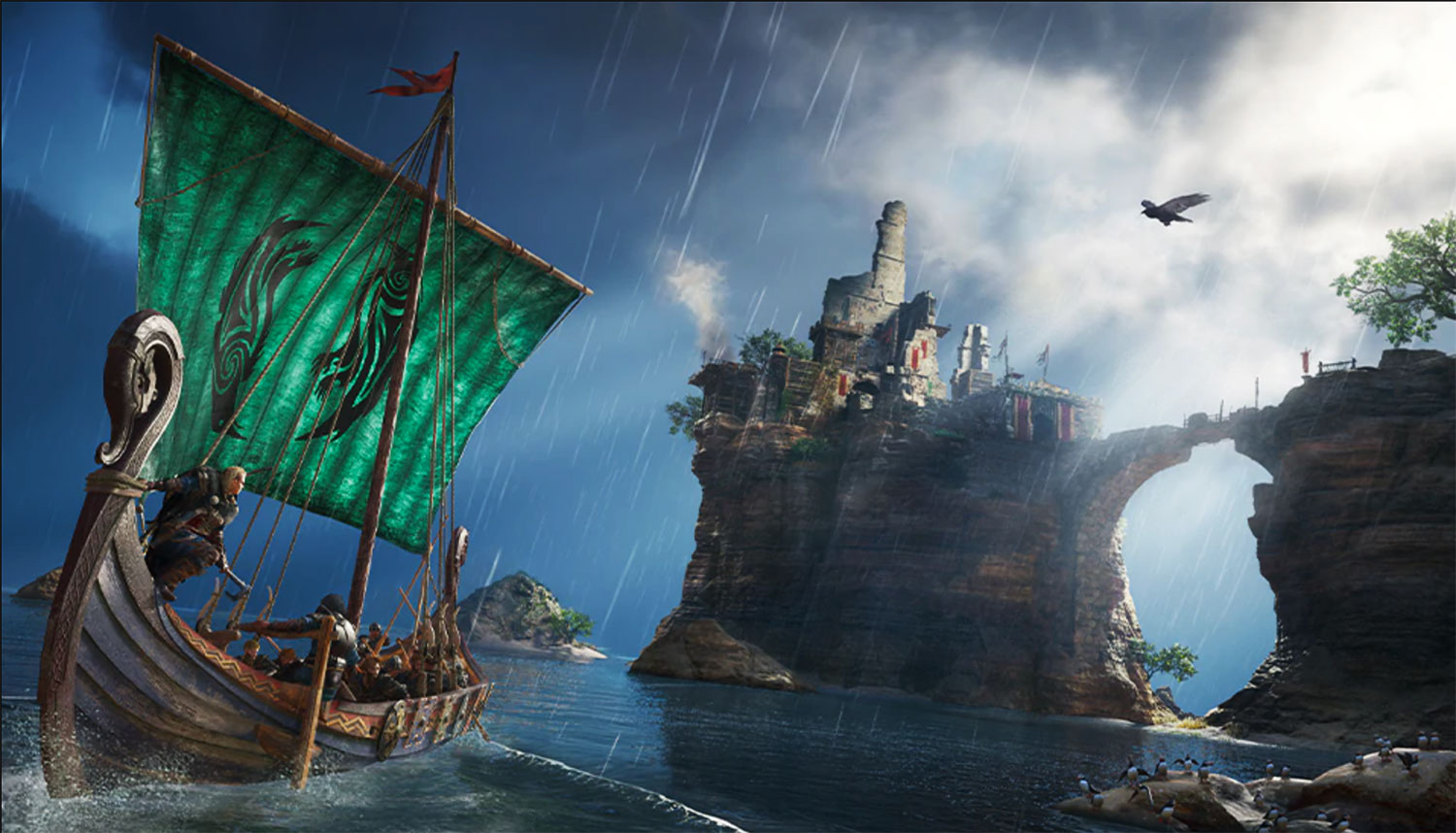 In true Assassin's Creed fashion, a modern storyline runs parallel to the one taking place in AD 873. Layla Hassan, now joined by Desmond Miles' old teammates, Shaun Hastings and Rebecca Crane, have found Eivor's remains in North America of all places. The Earth's magnetic field has mysteriously gotten stronger and the team of Assassins deduce that Eivor holds the key as to why.

Despite being available for next-gen consoles, even playing on a regular PS4 had me admitting that the game was stunning. The recreation of medieval sunny England and the snow-capped mountains of Norway was done in great detail that exploring the vast map is worth it simply because of how beautiful the environment is -- and I was playing on a regular PS4. If you have a PC or were lucky enough to have copped a next-gen console somehow, I have no doubt the visuals are even more gorgeous.

Valhalla sees the return of a couple of old features, which have been updated. Despite being a full-fledged RPG game, Valhalla returns to its roots with the social stealth feature, which allows Eivor to put on their hood and blend in with crowds when in a town that's not too friendly. With Ravensthorpe, the game also brings back settlements. This time around, you get to construct buildings like a trader or a stable that will help you out on your quest though you're going to have to do Raids, a new feature in the game, and pillage the resources of various towns. While Odyssey had Conquest Battles, Valhalla has Assaults, which see you waging a full-fledged attack on enemy fortresses to plunder the riches of the castle to claim for yourself. Naval battles also make a comeback though in a much scaled-down version since you only have a longboat and you're only navigating through rivers. 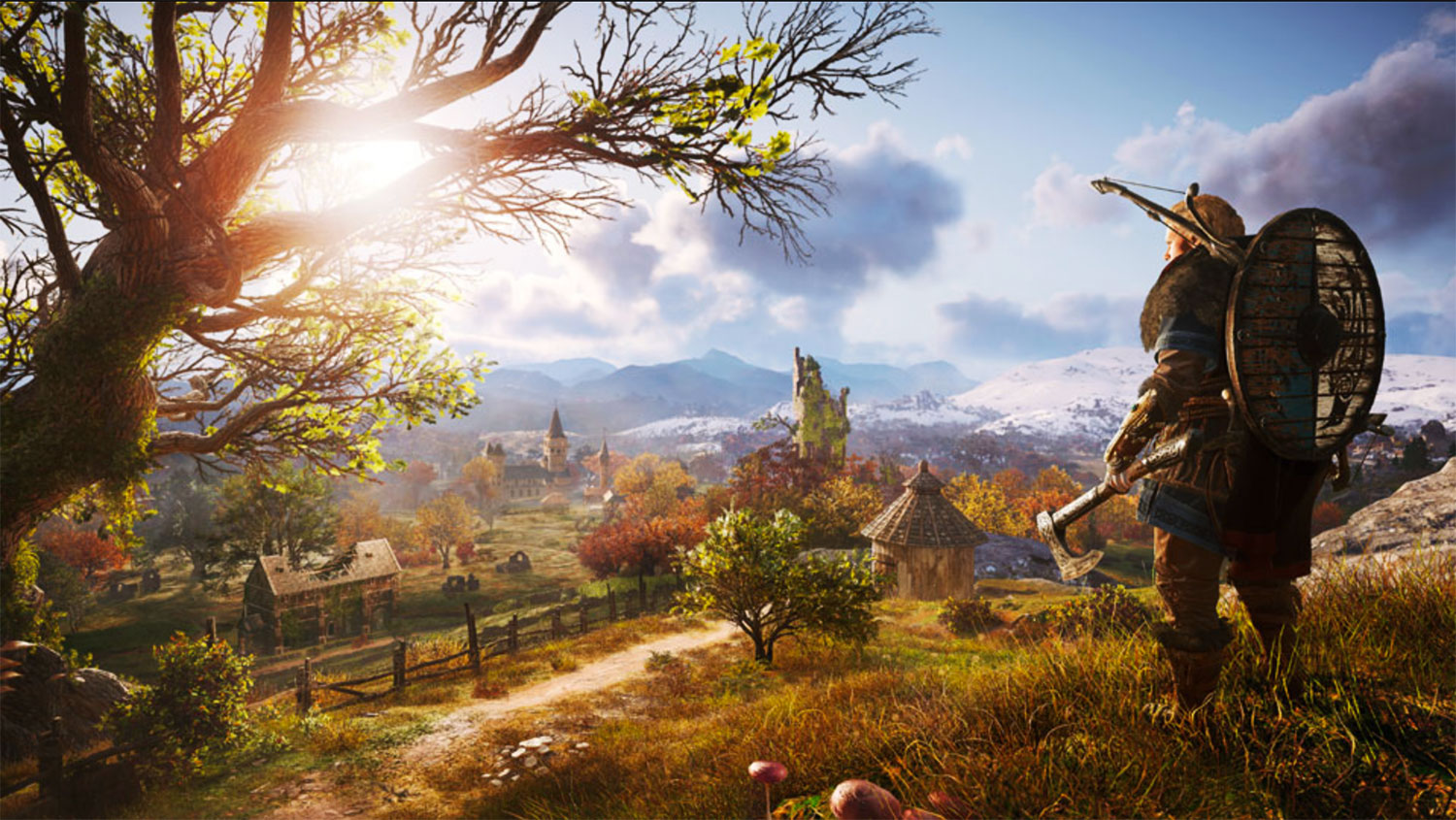 Despite all the added and updated features, I couldn't help but feel that Valhalla was clunky. Assaults and Raids were a good addition but it was dampened by the combat system which seemed to be bumpier than Odyssey's. The developers touted a skill tree that's huge where you can pick certain skills that tailor to your playstyle but I found it confusing and convoluted. I didn't even realise that there were three categories -- stealth, melee and ranged -- until I did some reading up on the game. Interesting side missions like Viking rap battles known as flyting and drinking games offer a bit of fun respite but for the most part, your quests involve a lot of fighting, traversing on walls and rooftops, which is also clunkier compared to Odyssey and a whole lot of following characters that walk ridiculously slow just so they can finish their exposition.

While I was interested in seeing how the story turned out, it was such a drag to get through because of the repetitiveness of the game. On top of that, the voice acting and character expressions are cringy at best.

As a fan of the franchise who enjoyed the previous title, Assassin's Creed Odyssey, Valhalla was a bit of a let-down, especially considering that it's the first title of the franchise available for next-gen consoles. There's a lot of things to do, which rings true for every open-world Ubisoft game but Valhalla seems to just be chock-full of objectives that are boring, which are bogged down even more by clunky free-run controls, bumpy combat and so many bugs that it rivals the infamously buggy Assassin's Creed Unity.