Beast of a phone
Tech

Beast of a phone

Last year's Samsung halo model was outstanding; this year's release is next level

Do you want a phone that is refined and stuffed to the brim with pro-grade video and photo features? Then the Samsung Galaxy S21 Ultra will serve you well.

The screen is the main selling point for any top-of-the line Samsung phone. Customers can rely on Samsung to provide a screen that will spoil the eyes. This year the top phone comes with a slightly curved 3200x1400 resolution screen that is dynamically adjusted from 10 to 120Hz refresh rates for buttery smooth animation and power efficiency. The race for a higher dynamic refresh rate has been on since 2020. And just in case you are not sure what it is -- refresh rate is the number of times a screen updates with new images per second -- the higher the refresh rate the smoother the animation will appear to your eyes. This often comes at the cost of battery life. But Samsung is the first to introduce a dynamic refresh rate that slows down during static imagery, which saves battery life. In addition, the screen can become very bright and has no problem being viewed in glaring sunlight.

The Samsung Galaxy S21 Ultra is perfect for Netflix lovers since it supports all technology the platform has right now. It also comes with a set of bassy stereo speakers, making it hard to beat in comparison to other top-flight phones. This year's S series screens also come with a built-in technology to lessen eye strain.

The back of the phone challenges the screen in the looks department. The phone has a seamless camera compartment that blends and joins with the edge creating a unique design that no other company has done before. I love it. The phone still rocks when placed flat on a table though, which a case will cure.

Most users will not notice any picture quality difference from this phone and the top current iPhone in dynamic range, ease of use and sharpness. This phone also excels in dark scenes. And once again, it can zoom in at 100 times, but with a zoom lock capability to better focus on faraway objects this time around. 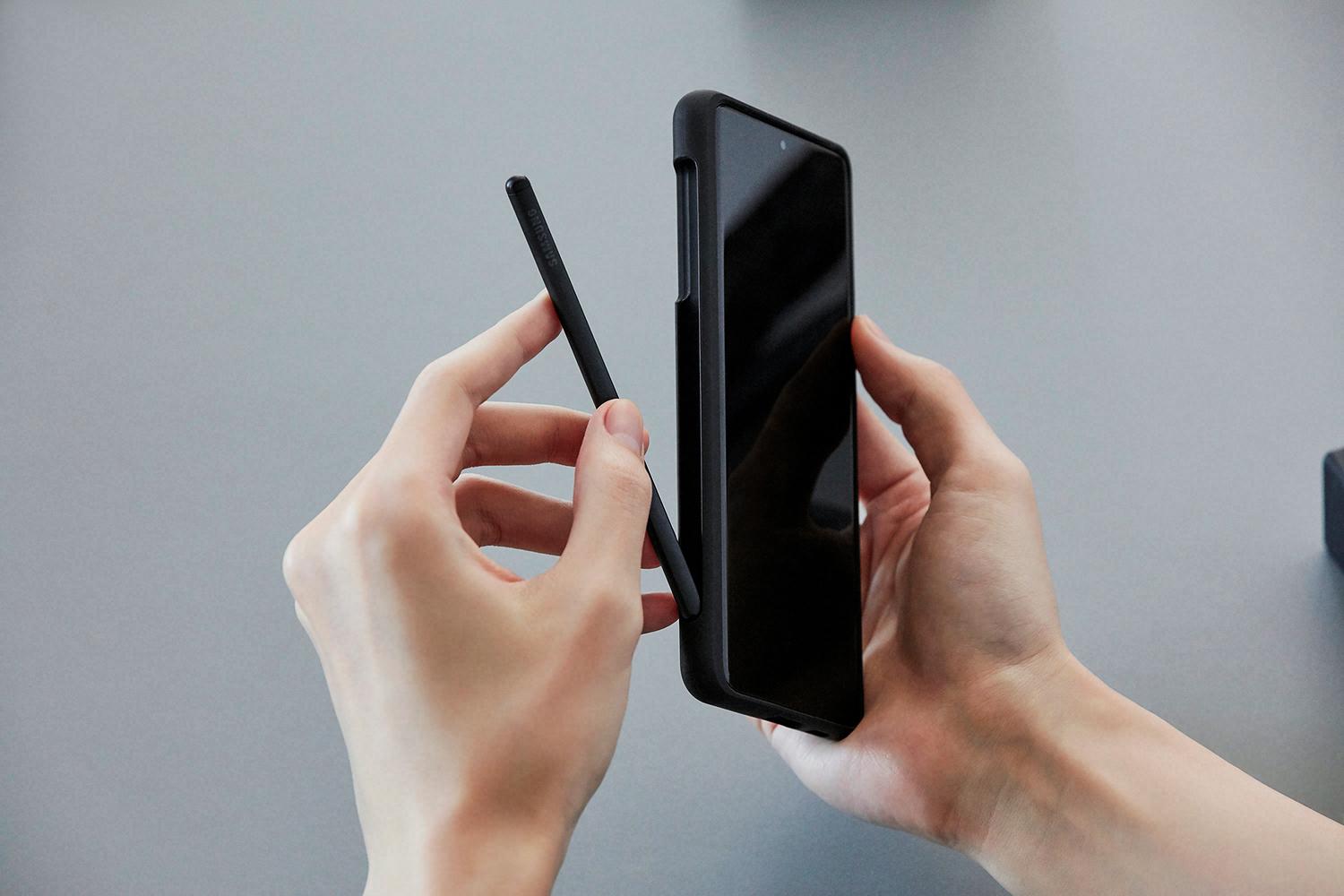 Samsung has also fine-tuned their 8K video shooting capability for a smoother and YouTube-ready experience. People will love the phones' improved photo and video stabilisation that will help prevent blurry images.

Samsung's AI photo assistance is very handy and automatically picks an appropriate mode that suits what you are focusing on. However users can turn off AI assistance if they choose. A laser sensor that helps with focusing eliminates the weird slow focus hunt problem that plagued Samsung's S20 Ultra, resulting in fewer unfocused pictures.

If you are a professional photographer, rejoice. You can now shoot photos in 12-bit RAW format for better picture manipulation and colour adjustment with your studio PC software. For me, I will stick to the tried-and-true ready-to-use default JPG format that suits a noob cameraman, like myself, thank you. I nearly always rely on my phone's AI assistance for taking photos and videos, and this phone's AI is smart and reliable. Users can have all cameras working simultaneously, switching between them instantly for some highly creative videos and photos.

Samsung's own chipset, the Exynos 2100, now surpasses Apple's latest A14 Bionic chip in many tests, which has not happened in a long time.

Last year's Samsung Galaxy S20+ and S20 FE were slightly disappointing for intense gaming, such as playing Genshin Impact, Call Of Duty, ROV and Honkai Impact for more than two hours. Both of the earlier models got quite hot making them difficult to hold. They both ran demanding games fine at max settings, but I generally turn them down a bit to prevent my hands from being cooked. This year's S21 Ultra gets slightly less warm from intense gaming. Just a small note, Genshin Impact stutters sometimes when things get really heated on all three Samsung phones mentioned above. The only phones that do not stutter when playing Genshin Impact for hours on end are 2020 gaming phones, for which there will be a review in the very near future. 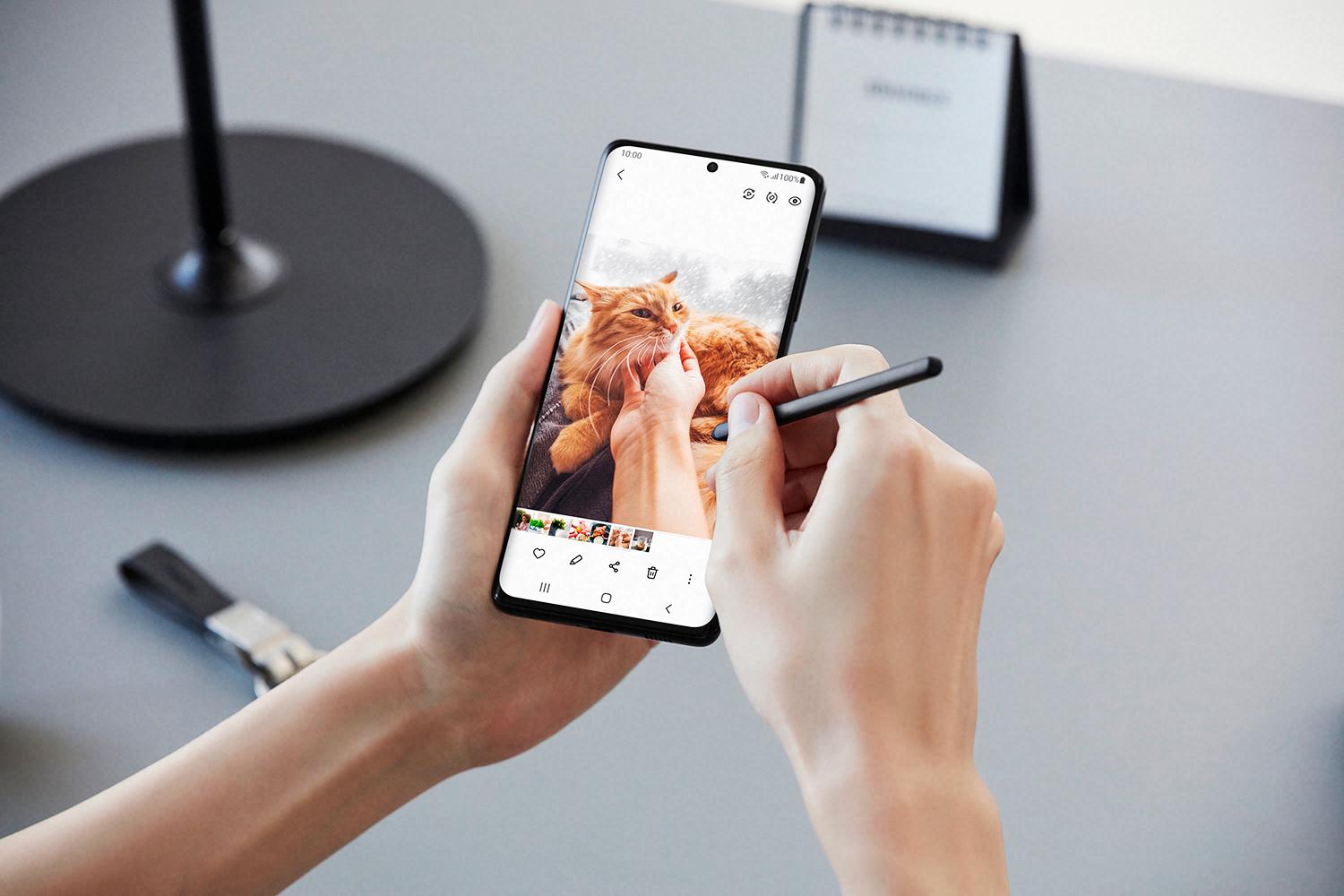 Intense gaming and long periods of photo and video shooting generates the same amount of heat. So make sure to let them cool down occasionally. Non-gamers will find this phone to be more than adequate.

The stylus from previous Galaxy Note phones will also work with this phone, even the antique Note 3. This is the first Samsung phone that supports an S Pen that is not in their Note line.

This S21 Ultra supports all types of 5G, making it future proof as the technology evolves. With the phone's 5,000mAh battery, users should average six hours of screen time, except heavy gamers.

Samsung's DeX allows phones to act as a portable PC, enabling users to transfer screen content to their TVs or monitors. This feature is exclusive to Samsung's S series phones.

Be aware that this year's S series phones will not come with a charger or microSD memory expansion capability.

Samsung also has greatly improved its fingerprint readers from last year. Now users can unlock their phone without waking the phone up. Pretty cool and handy.

Samsung also promised to keep the phone updated with the latest Android OS for at least the next three years. Based on experience, I will not expect rapid updates though.

The Galaxy S21 Ultra simply is the best new phone you can buy at the beginning of 2021.

How beers and Vikings gave Bluetooth technology its name