New computer technology and flourishing demand for devices to support online work and study amid a supply shortage are expected to drive sales at the IT fair Commart throughout this coming weekend, according to IT vendors.

The 4-day IT showcase, which runs until Sunday at Bitec, has a “Crazy Offer” theme.

Mr Pornchai said the fair’s booths were fully booked over one month before the event. Over the past couple of years, booking could still be carried out right up until the day before the fair opened.

According to Mr Pornchai, consumers can be split into two groups. The first group comprises those people who have not been affected by the pandemic and demand for gaming computers among this group is strong. 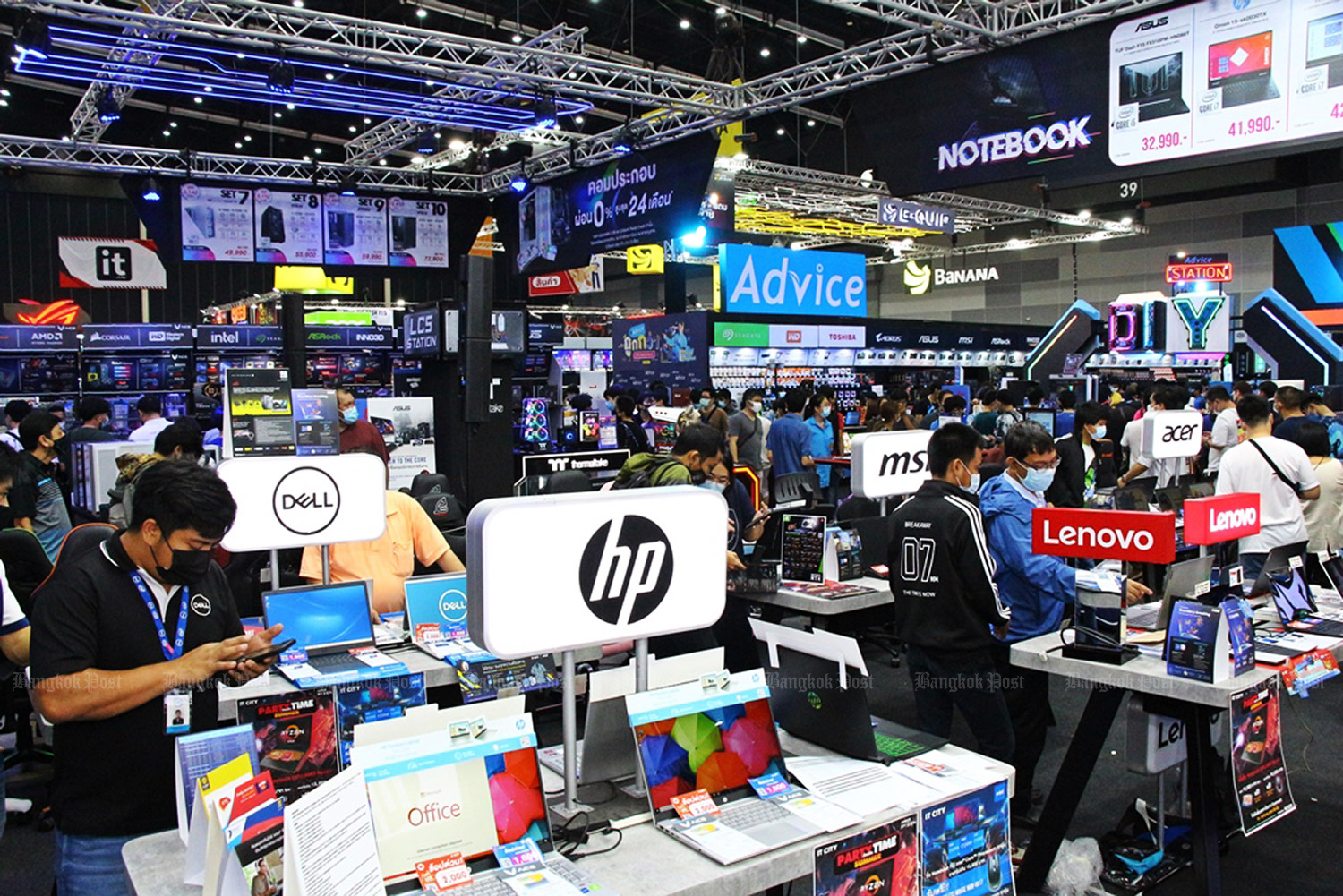 The other group comprises people who have been affected by the pandemic and new entrepreneurs. They want computers and accessories meant to support live streaming for their own businesses and online sales, said Mr Pornchai.

The latest Commart is expected to generate 3 billion baht in sales – on par with the event held late last year. Notebooks are expected to share 40-50% of sales and assembled computer sets are expected to account for 30% of sales. The remainder will be made up of sales of other devices and smartphones.

Some 400,000 visitors are expected to attend the event.

Takon Niyomthai, head of IT business development at SET-listed IT retail chain Com7, said computers have become crucial working tools for people at present, while the supply shortage is expected to drag on until the third quarter, particularly with regard to display monitors, graphic cards and memory cards.

Computer component prices may increase by 2,000-3000 baht due to the shortage.

“Graphic cards are now in high demand for crypto mining while the launch of new generation processors from both tech giant Intel and AMD with faster speed as well as lighter weight computers are spurring demand for replacement,” said Mr Takon. 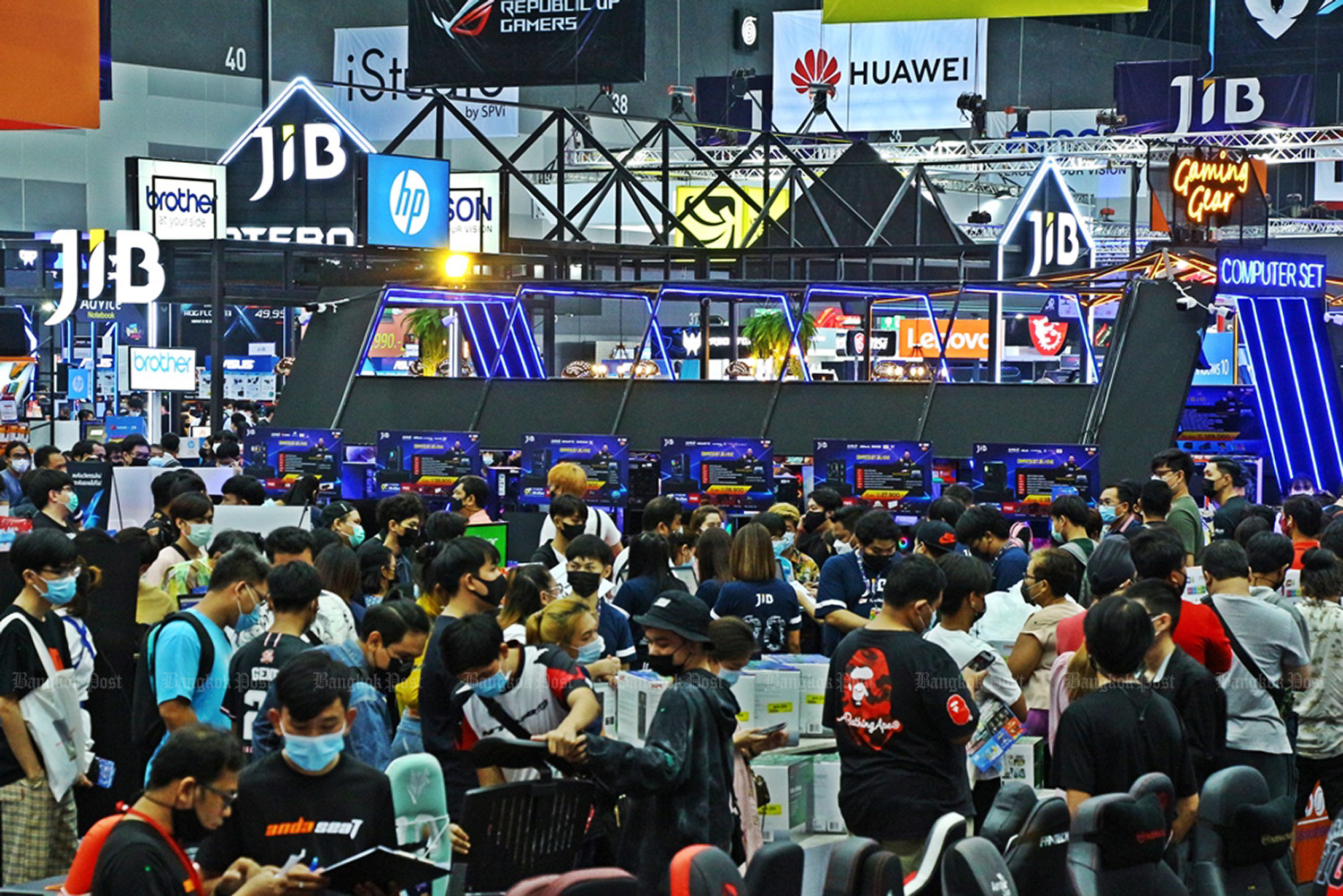 Computers are also in high demand due to online learning and homeworking by students.

He said the new generation of thin and light computer notebooks with powerful graphics are gaining momentum and cost 32,000-40,000 baht.

Com7 booked extra space at Commart, including Studio7 for Apple products, he said.

HONG KONG/SINGAPORE: A travel bubble between Hong Kong and Singapore due to open on May 26 has been postponed for a second time, officials said on Monday, after a spike in cases in Singapore derailed the plan for quarantine-free travel between the financial hubs.