To the extreme
Tech

Video games that are based on extreme sports seem to be scarce these days, a far cry from the days of the PS2 when titles like SSX and Tony Hawk's Pro Skater were common. Ubisoft's Rider's Republic seeks to bring back the adrenaline-filled, death-defying tricks into the lives of gamers. Though there are a few things that could be improved, the game does a great job of making players addicted to the rush of racing downhill at high speeds and could hopefully be the first of many extreme sports titles in the coming years.

Rider's Republic lets you loose on a huge map you can freely roam about and explore (it wouldn't be a Ubisoft title if you couldn't). The beautifully rendered environment from vast mountain ranges to sparkling lakes will entice many to go off the beaten path and ride wherever. I was more interested in competing in the many different events in the game. Downhill bike racing, ski tricks, jetpack and wingsuit racing are just the tip of the iceberg, with events ranging from straightforward races to the chaotically fun odd ones like pizza delivery. Different players will probably enjoy some events and dislike others. I was more partial to the bike races than the other events probably because I didn't fall flat on my face very often compared to the other events. The variety of events just means there's something in it for everyone. The mass live races are another highlight of the game where you compete with online players in an all-out mixed event race, which you can probably imagine is a raucous good time. Finally, the ability to switch from bike, jetpack or skis on the fly makes going around the world ultimately more entertaining, especially when you've got something like rocket-powered skis in your arsenal. 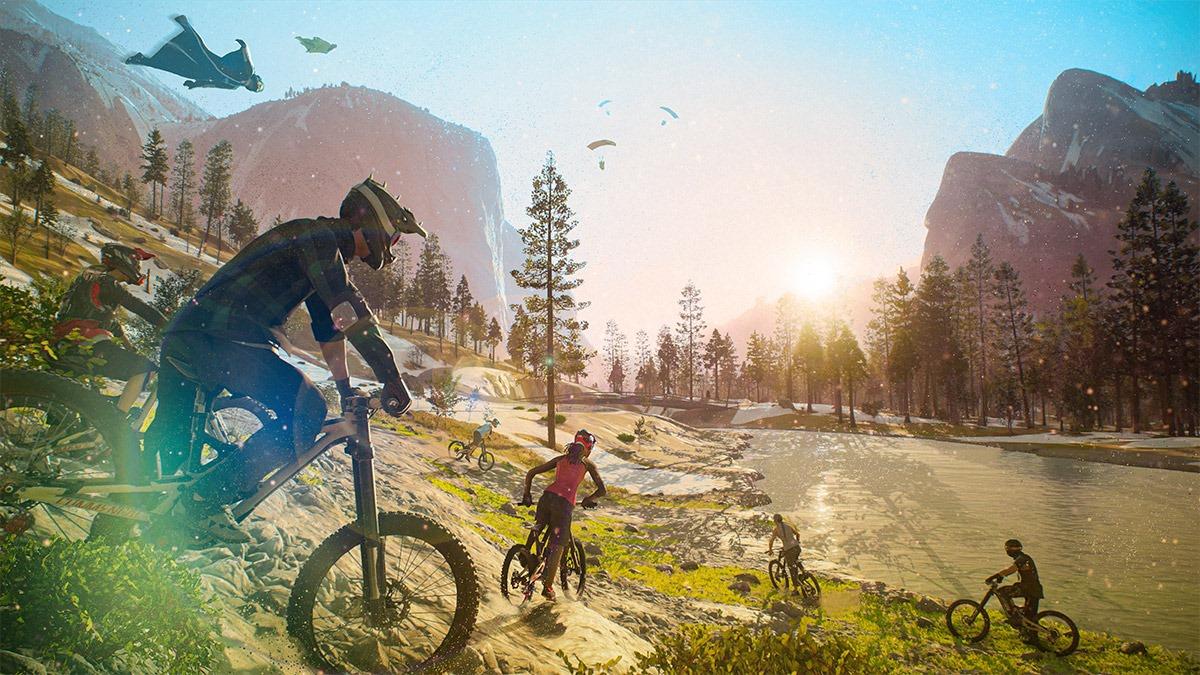 The game has stunning environmental graphics but the character design and animation fall flat. It's a rather jarring experience when you've got such a beautiful background with a janky, oddly-animated character in the foreground. Speaking of characters, the voice acting is cringy at best. It's as if the director told the actors to do their best impression of a frat bro. Fortunately, these were the only qualms I had about the game.

Rider's Republic will make gamers of the early 2000s nostalgic and will draw in a new generation of gamers. The title brings back extreme sports to video games and hopefully, it's here to stay.