Thailand posted the third-worst result in the world in terms of children's ability to cope with online risks, above only Uruguay and Saudi Arabia, says global cybersecurity company Surfshark.

The study gauged 30 countries around the globe. India topped the ranking, followed by Malaysia, Japan, Australia and New Zealand.

The data for the study came from the US Federal Bureau of Investigation. The 2015-2020 internet crime report data was aggregated and analysed.

"This means local kids don't have the sufficient skills to deal with cyberbullying or other common cyberthreats: to detect and deal with cyberthreats, evaluate their impact, and create strong passwords," Surfshark said in a statement, referring to Thailand's ranking.

It is vital that children develop their ability to cope with online risks, the company said.

"Online safety education plays one of the most important roles in children's ability to cope with cyberbullying, phishing, and other cyberthreats," Surfshark said. 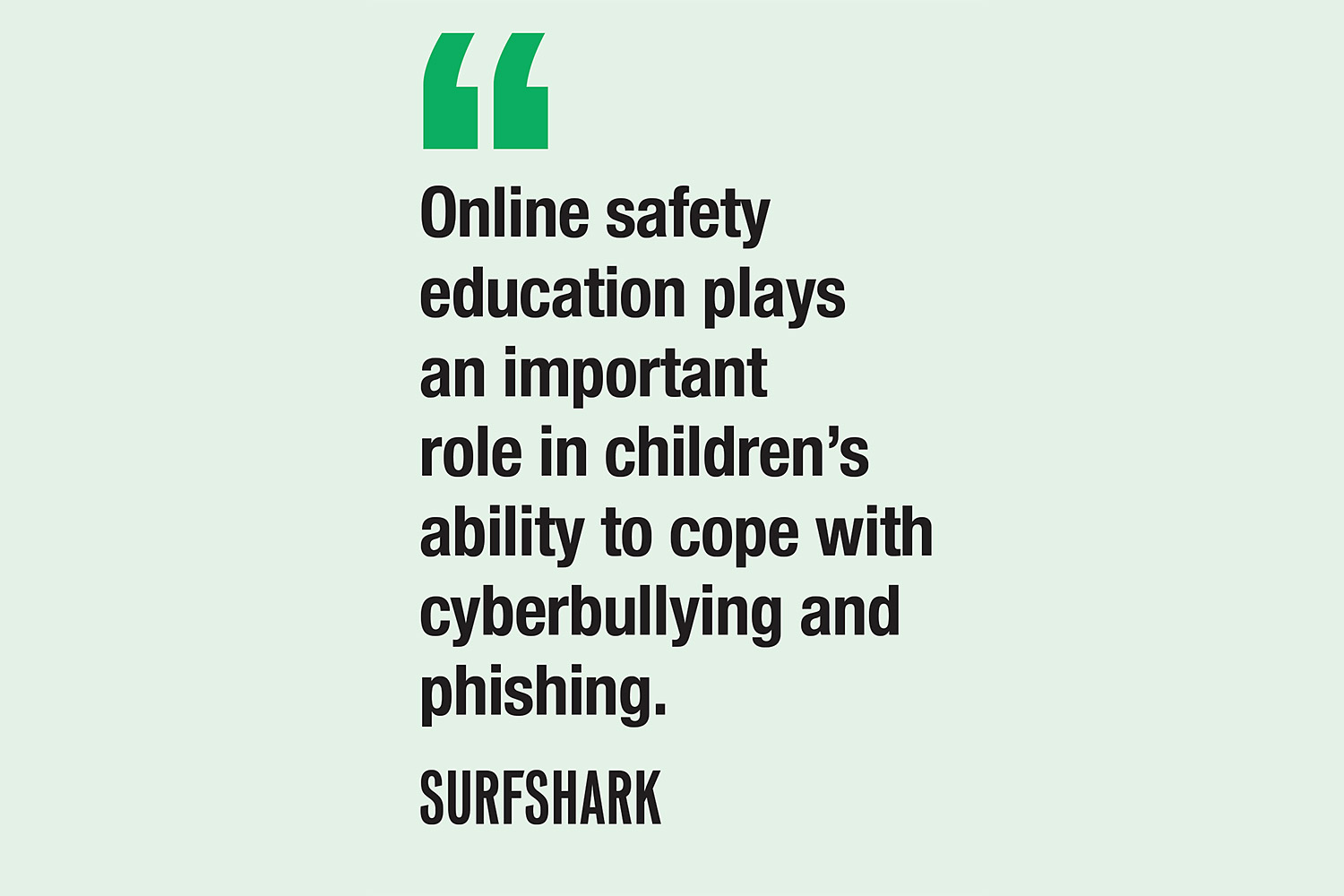 The company's study found six out of 10 children aged 8–12 are exposed to cyber-risks online globally. Additionally, half of children encounter cyberbullying, and close to one-third experience other cyberthreats such as phishing or hacking.

Surfshark said the number of cybercrimes against children surged 144% globally in 2020 as kids pivoted towards online studies during the pandemic.

According to the company, the bottom two nations in the ranking -- Saudi Arabia and Uruguay -- have non-existent online safety education.

"This is not a surprise that children in Saudi Arabia and Uruguay are the least prepared to deal with online threats," Surfshark said.

On the other hand, in general countries with low and lower-middle income have better online safety education than rich nations, the company said.

The Ailrurus team developed a website for users to express their feelings where only posters see the text, the "Don't leave the door open" team makes it easier for users to understand the conditions of online platforms they engage with, while the "Dr. pla" team helps donors screen the information of those seeking donations. The DTAC Deejai team designed a simulation game in the metaverse where users can practice handling various cyber-attacks, while a team called Klua Sia form Loei Yom Sia ter (Lose you rather than lose face) created a chatbot that can detect fake web links.