Ms Rungtip says AIS is committed to supporting the country's e-sports industry to be on par with international tournament standards.

SET-listed Advanced Info Service (AIS) is set to organise Thailand's first high school e-sports competition on a national level through collaboration with partners to promote the country as the e-sports hub in Asean.

The competition is expected to draw 5,000 players from around 1,000 participating teams and 100 schools. The project enables AIS to catch the surging wave of the country's gaming market.

Arena of Valor (RoV), a popular online game, was chosen for the 2022 competition. In the SEA Games, which concluded on Monday, a Thai e-sports team competing in RoV won the gold medal. 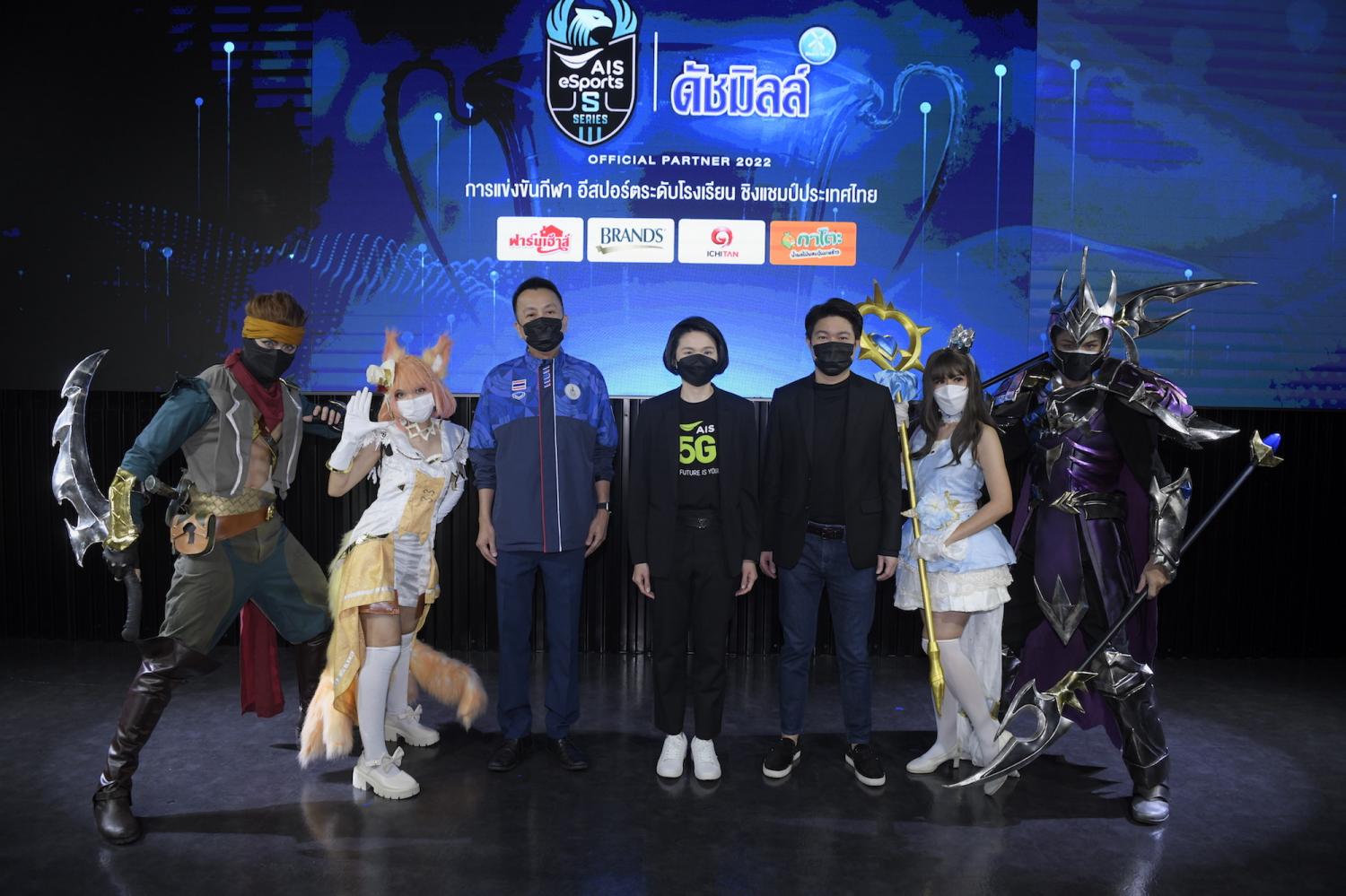 Ms Rungtip, centre, said that AIS is committed to supporting the country's e-sports industry to be on par with the international tournament standard.

Thailand has 32 million gamers, or 47% of the total population.

In Thailand, the gaming industry generated US$1.1 billion (37.7 billion baht) in revenue last year, up 10% year-on-year, according to a report by gaming marketing research firm Newzoo.

Ms Rungtip said AIS is committed to supporting the country's e-sports industry to be on par with international tournament standards.

"The e-sport ecosystem needs support from networks, devices, software and activities, both online and offline," she said.

This year is the first for AIS to promote the tournament on a national level, up from a provincial level in previous editions.

Some 60 high schools have already applied to join the event, comprising 20 in the North, 20 in the Central region, 18 in the South and two in the Northeast, said Ms Rungtip.

Roughly 100 schools are expected to participate in this year's tournament.

Santi Lothong, president of the Thailand E-Sports Federation, said gaming has been growing in popularity internationally. The eSports S Series 2022 gives young people interested in e-sports a venue for competition, he said.

In the future, this group of youngsters will be at the heart of the nation's development. They have the potential to be skilled e-sports competitors and a force at both the national and international levels, said Mr Santi.

Those interested in the tournament can apply from June 1-30. From Aug 15-30, the competition occurs, with 16 teams selected to join the final round. The final round is from Oct 15-30.