As remote work gains a foothold, the act of remotely accessing unlicensed software, known as "ghost piracy", has been on the rise, according to BSA, The Software Alliance, a non-profit advocate for the global software industry.

There is also a problem of software licence overuse, he said. For example, a company may install legal software on the server, but mischievously share it with more users than the number allowed under its subscription.

"Working from home is not slowing down the usage of unlicensed software," Mr Sawney said. "Accessing pirated software through a remote connection is no worse than doing so at the office"

However, software makers are able to notice the excess usage of the software licence as the information from all users' computers goes back to the software publishers and can be tracked.

According to him, ghost piracy is taking place among design, creative, animation and engineering professionals in Southeast Asia. 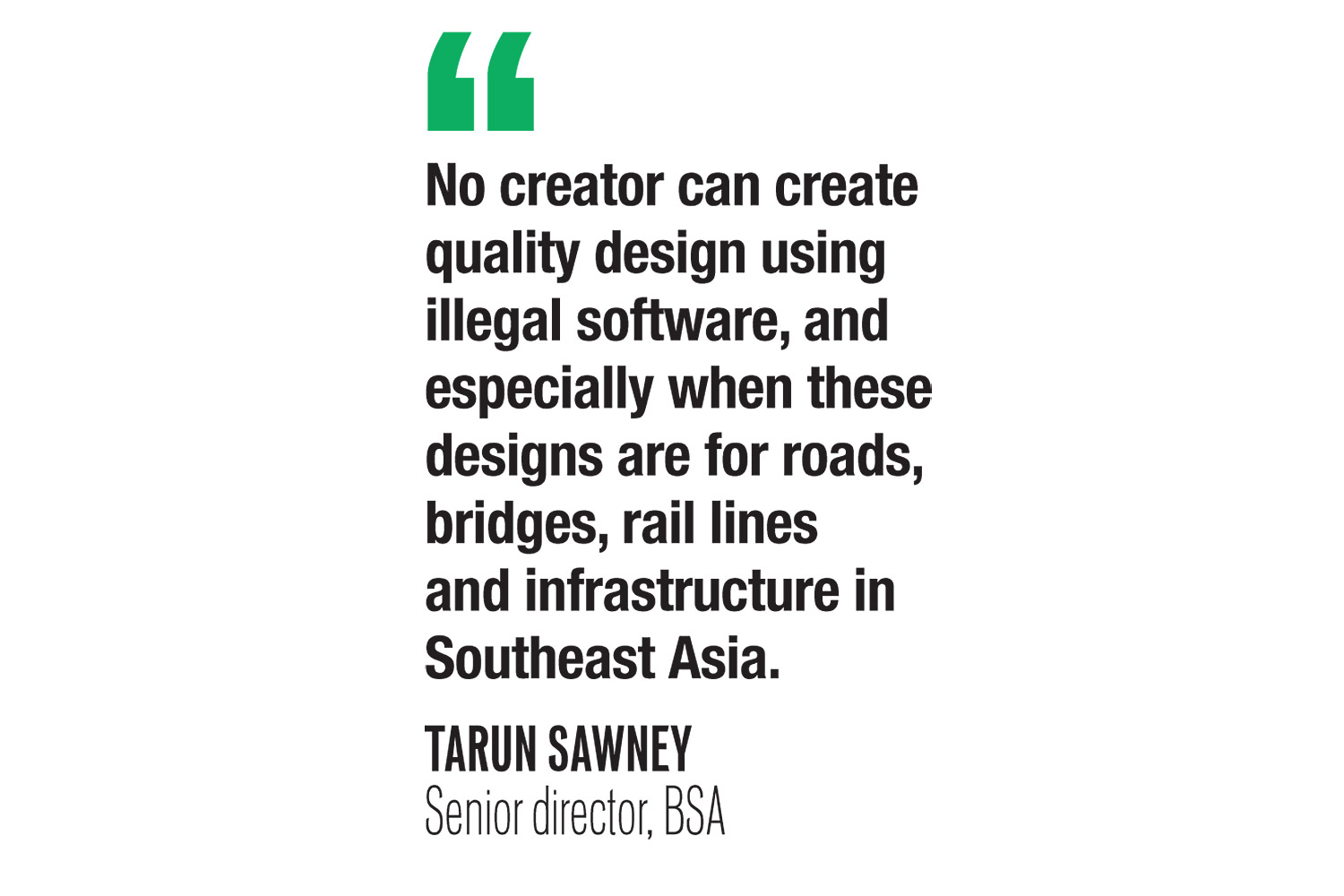 Thailand and Indonesia have a lot of new infrastructure projects getting back to normal amid risk of them using unlicensed software, he said. The use of unlicensed software could make them vulnerable to ransomware and other risks.

If companies of contractors, engineers and architects are using unlicensed software, there is a significant risk to the infrastructure project, including faulty design, which could somehow pose risks to the public.

BSA is working with governments to ensure the correct levels of software compliance.

"No creator can create quality design using illegal software, and especially when these designs are for roads, bridges, rail lines and infrastructure in Southeast Asia," said Mr Sawney.

Construction firms are among the leading users of illegal software, he said.

BSA will this year ramp up its collaborations with Asean governments to enforce laws and penalise companies that have used unlicensed software. Business leaders are criminally liable for the use of illegal software.

"We acknowledge the economic challenges but the use of licensed software is about mindset and the respect of the copyrights," he said.

BSA plans to launch an educational campaign called "BSA Design Done Right" from June to July so as to discourage people from using unlicensed software.

Police said the company had 20 computers in the office, 15 of which contained unlicensed Autodesk Maya programmes being used for movie and animation special effects. The total value of the unlicensed software was more than 5 million baht.

The raid was the result of a tip from an employee who reported the company to BSA.