The iPhone 14 is better. Why you should care
Tech

The iPhone 14 is better. Why you should care

Improvements abound among usual suspects – phone, battery, processor – but is the higher cost worth it?

Writing a review for every new flagship iPhone is quite easy. I can conclude without even testing the iPhone 14 Pro that "it is the best iPhone Apple has ever made". Improvements such as better screen, faster processor, enhanced camera or sometimes longer battery life help me reach that conclusion. However, with a higher cost due to exchange rates, it's getting a bit difficult to justify the purchase, even for a fanboy like me.

Let's jump into the review. In terms of the overall design, it's very similar the two-year-old iPhone 12 Pro. If you put on a case, like most people do, you're going to have to look really close to notice any differences, especially when facing down. My brother didn't realise that I switched phones. Simply put, if it ain't broke, don't fix it, right?

At this point, some of you might say, "Hey! It's different", and I would say you're correct. The two noticeable differences are a bigger camera bump and a large pill-shaped cutout (the one Apple calls Dynamic Island). The cameras, which lie within the bigger bump, are amazing. I took nice pictures of Apple CentralWorld and Lumpini Park. The excellent contrast and vivid colour brought life into those pictures. All thanks to the Apple-first 48MP sensor and algorithms that help produce great photos in both low and bright light.

However, if you want to really unleash its full potential, you need to tweak some settings beforehand since the camera defaults to shooting in 12MP resolution. Once you got the ProRAW enabled, then your photos will be saved in a 48MP DNG format instead of 12MP JPEG or HEIC. Keep in mind, ProRAW is a 10-bit DNG file that holds more information and dynamic range. These files consume more storage space with a whopping 80MB per file (compared to 3MB per JPEG file). My guess is it's unlikely you'll want to shoot at this resolution all the time. 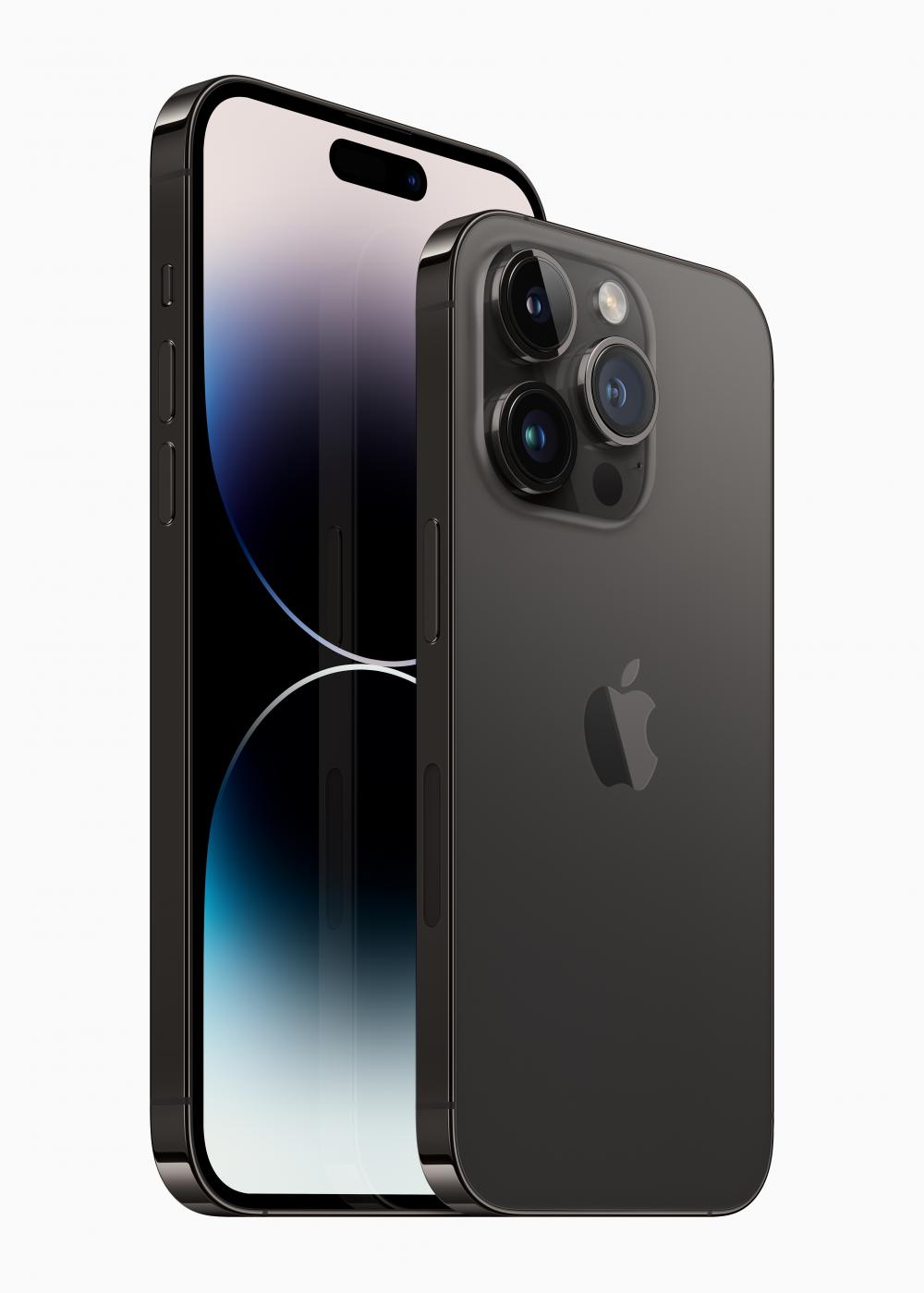 Moving on to video, this year's personal favourite is Action mode. While it's not new for the GoPro and some Android phones, it's finally made it to iPhones. It uses a heavy cropping technique to produce stabilised footage, so be careful how you frame your video. The reason why I love it is I don't have to carry a gimbal for my future travel videos. Other than that, the iPhone 14 Pro supports up to 4K@60fps video so you won't be disappointed with your beautiful moments. Just make sure that you have enough storage for all of the photos and videos.

Earlier I mentioned the Dynamic Island, a nice marketing name that is difficult to explain. For years, both Android and the iPhone tried not to mention the fact that their screens had a cutout (the place for sensors and front camera). While Apple has the notch, Android has a V-shape, O-shape cutout. Both are trying to shrink the cutout in order to maximise screen real estate because the cutout area blocks the view of your content.

This time, Apple just embraced it and loudly said "our phone has a pill-shaped cutout but it is fully integrated with the iOS software and there are features that come with it". The integration between hardware and software is great. I can really feel the cutout is meant to be there for a reason, not just an empty space. What it can currently do is display your activity in progress such as a sound wave when you're listening to music, a small timer that you set or display a FaceID icon beneath the cutout. The Dynamic Island shifts its size to match each interaction, notification and alert as if the cutout is moving, hence the Dynamic. 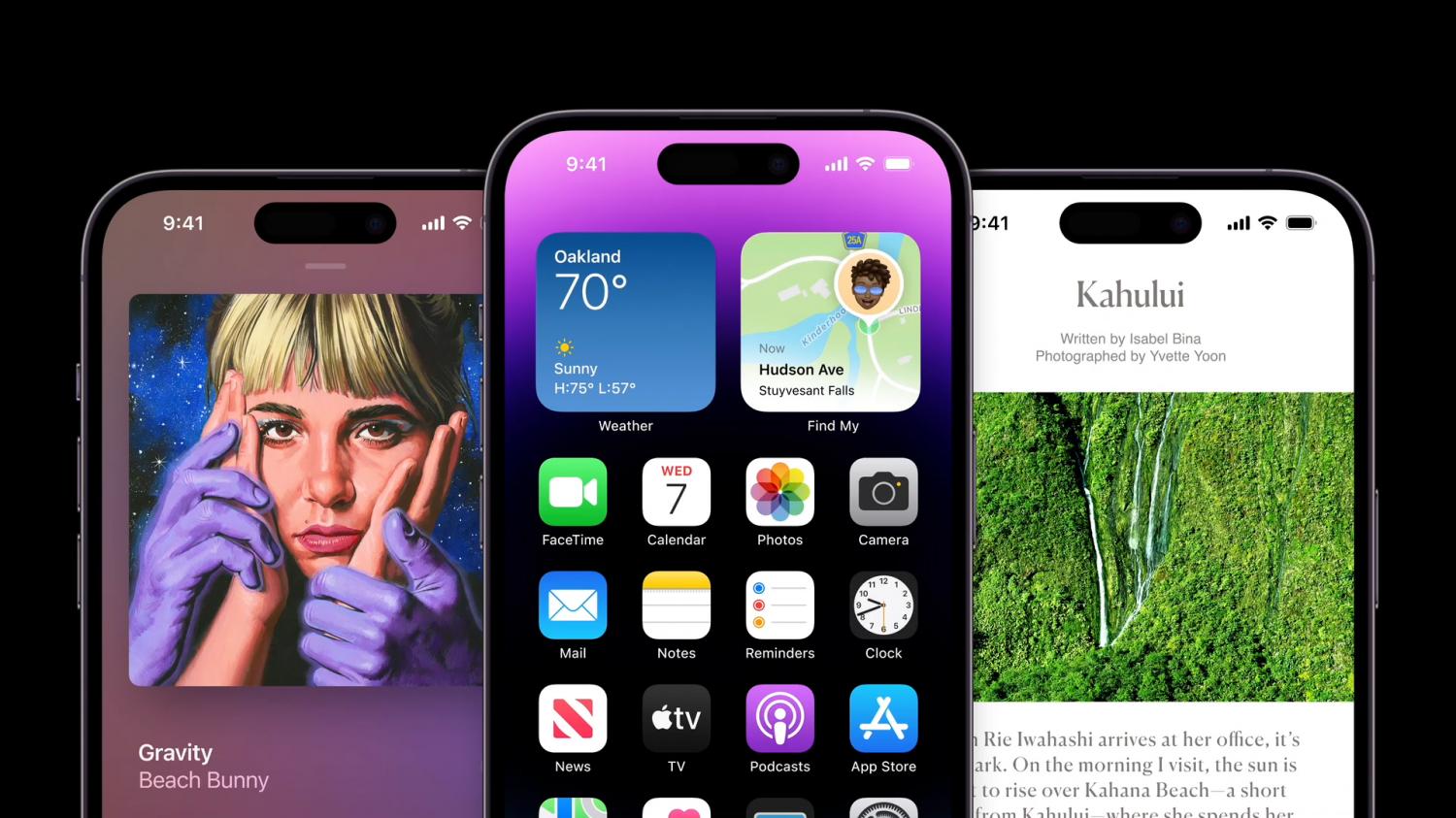 In a real-world scenario, the features now revolve around Apple's own software and most third-party software hasn't really adopted this feature that much. So it's more like a proof-of-concept than a feature. Also, the cutout moves lower than what you're familiar so it will block your content where you least expect it and even worse, some application's user interfaces that haven't been adjusted to the new design yet are blocked by the cutout causing frustration. Simply put, it's a new feature that needs more time to get used to and early adopters will notice some pain along the way until it is fully utilised.

The new screen is brighter at 2,000 nits peak brightness. This number translates into a screen you can use outdoors without hand-blocking sunlight. It also comes with an always-on display, a feature that Android has had for a long time. First, it will impact your battery life. With my testing, it's around a 6% sip of your battery compared with when the feature is turned off.

It automatically turns your screen off when you flip your phone over, put it in your pocket or turn on sleep mode. And since this is a new feature for the iPhone family, it has a software bug. I ended up with a non-responsive device when the iPhone thought it was turned on, but the screen was completely off. Others faced the same problem. I found a solution in a web forum which caused me to force restart the device to get it back up and running.

We come down to two last topics; performance and iOS. The iPhone 14 Pro uses the latest A16 Bionic chip. With this I benchmarked it and compared with other online CPU scores.

Although these scores don't directly translate into real-world performance, they give us a glimpse of its power -- around 15% increase on the A15 Bionic. The numbers look really good and still the highest score compared to both CPU sides. For me, it feels much more responsive to an iPhone 11 Pro running iOS 16.

However, one big point that you should be aware of is the heat. I rarely game on a mobile device but it runs warm. This is also true when I shot videos for a longer period. My concern is heat dissipation. This could create a performance drop or overheating issues. 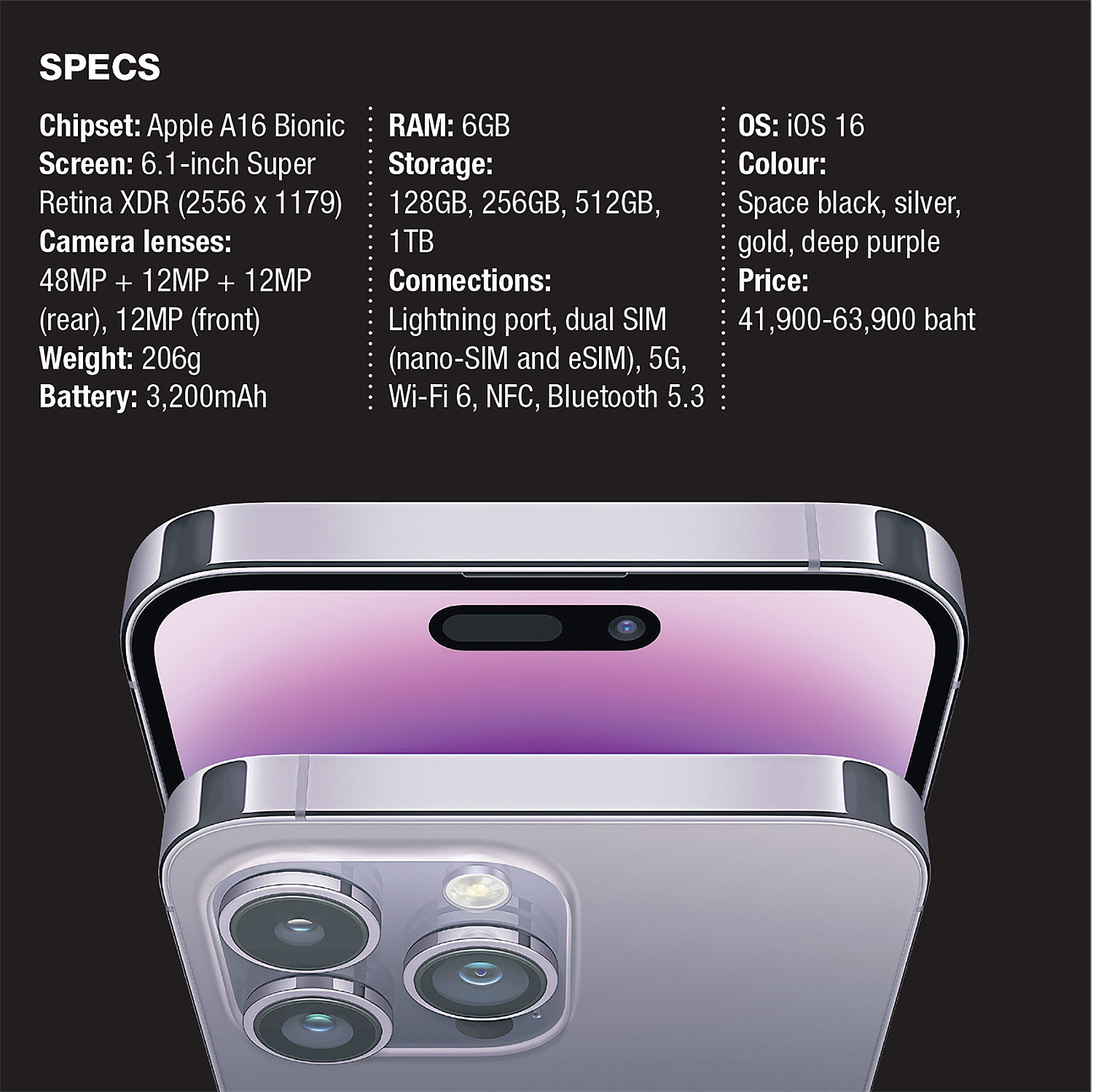 iOS features such as continuity camera, a new customisable lock screen, landscape Face ID, lift subject from background within the photo app, etc, are nice to have and make the iPhone experience more enjoyable. However, with the new design comes problems. As of the day of writing, Apple has launched three iOS bug fixes and is now at 16.0.3. So hang in there early adopters. Apple is typically fast on minor bug fixes.

It's a good thing non-US models still have a SIM card tray. It feels much safer to do a sim card swap if your phone is down (like when I force restart the phone) or when getting a new sim card when travelling overseas.

Apple loves setting their own standard, and is usually not the first to launch new features, instead waiting for the technology to mature. However, when looking around the flagship market, I can't stop comparing the iPhone 14 Pro with the futuristic look of foldable phones and see the gap. It makes me wonder which is more advanced.

In summary, it all comes down to choice. If you're looking for a new iPhone, this is the best one Apple has to offer. For people who own the iPhone 11 Pro or earlier models, this is a good choice for you. For iPhone 12 or newer, you can stick with those for a while. The differences aren't there yet. Better off with the 15 and beyond.