The launch of Google Wallet in Thailand is expected to pressure Apple into providing Apple Pay here as the move adds another option to the array of mobile payment channels in the country, say industry analysts.

Google Wallet initiated service in Thailand, Vietnam and Malaysia on Tuesday. The service was launched in Singapore in July.

"According to the e-Conomy SEA 2022 report, digital payments are gaining popularity and are expected to hit US$161 billion in gross transaction value in Thailand by 2025," said Jackie Wang, country director for Google Thailand.

Google brought Google Wallet to Thailand to support millions of Thais who now use their phones everyday to make payments, she said.

Credit cardholders of Bangkok Bank and Krungthai Card (both Visa and Mastercard credit cards) can now add their credit cards to Google Wallet, while Mastercard prepaid card of TrueMoney will be added soon. 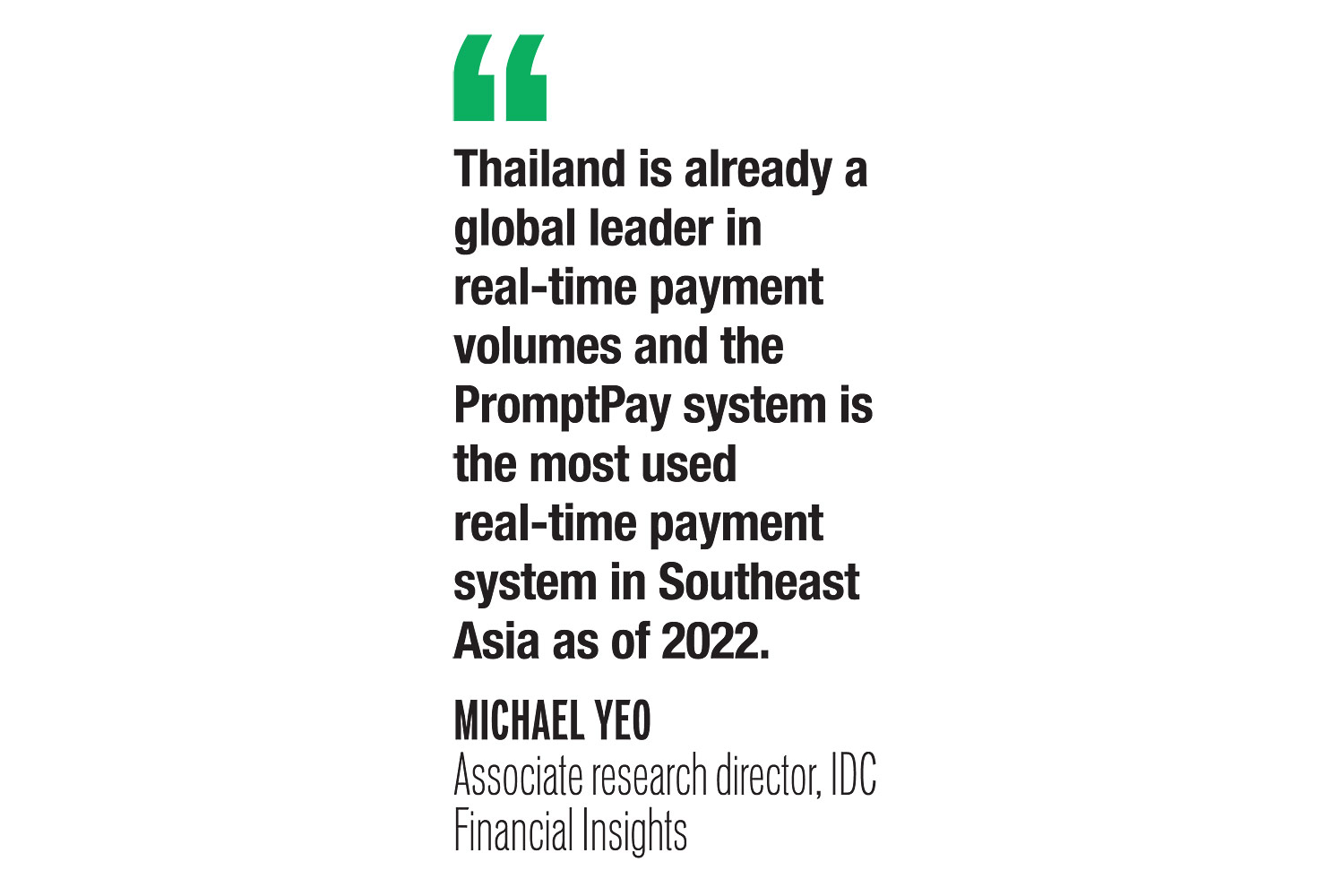 According to Google, AirAsia boarding passes, OneSiam loyalty cards from Siam Piwat and tickets from Thaiticketmajor can now be added to Google Wallet.

According to the Visa Consumer Payment Attitudes Study, which gauged the opinions of Visa customers in seven Asean countries, including 1,000 respondents in Thailand, 88% of Thai respondents currently not using mobile contactless payments are aware of them. Some 87% said they are interested in using them.

The rollout of Google Wallet in Thailand is likely to spur competitors, such as Apple Pay, to enter the Thai market, after it was introduced to Malaysia earlier this year, said Michael Yeo, associate research director for IDC Financial Insights.

"It is a welcome addition to the payment options that Thai consumers can now choose from," he said.

The rollout of NFC (Near Field Communication) terminals in retail outlets across Thailand provides many potential touchpoints where Google Pay can already be used and merchants would be well advised to consider support for such payments, he added.

Pawoot Pongvitayapanu, an e-commerce pundit and founder of Tarad.com, a local e-commerce solutions provider, said the launch of Google Wallet is likely to stimulate the use of credit cards via mobile devices but shops still need to have NFC payment terminals.

The move, he said, is unlikely to have much impact on the online payment market since the majority of people still prefer QR payment.

Thanachart Numnonda, executive director of the IMC Institute, a research and technology training provider, echoed Mr Pawoot, saying Google Wallet is unlikely to have much impact as Thais have various payment options, even smart watches.

Not many Thais have the capability to make top-up payments via all online channels, he said.