Firms to see major changes in IT, digital expenditure
Tech

IT spending in Asean, South Korea, Australia and New Zealand is expected to drop by 1-3% in 2023 despite immense economic challenges as enterprises shift to digital business to grow their revenue, according to International Data Corporation (IDC), a global tech market research firm.

"In the new digital era, we see a shift from digital transformation to digital business driven by Covid-19," said Sandra Ng, group vice-president and general manager of IDC Asia-Pacific.

Digital business can scale in real time and deliver new value that can make an impact on various perspectives, such as sustainability as well as environmental, social and governance (ESG) areas, she said.

Digital transformation between 2016 and 2019 created new business models and moved beyond financial fields, which differed from 2012-2015 when digital innovation focused only on experiments, she said.

According to IDC, enterprise value is being redefined in the digital business era. Some 85% of C-level respondents in organisations believe digital business initiatives are key to achieving improved profit and revenue growth. 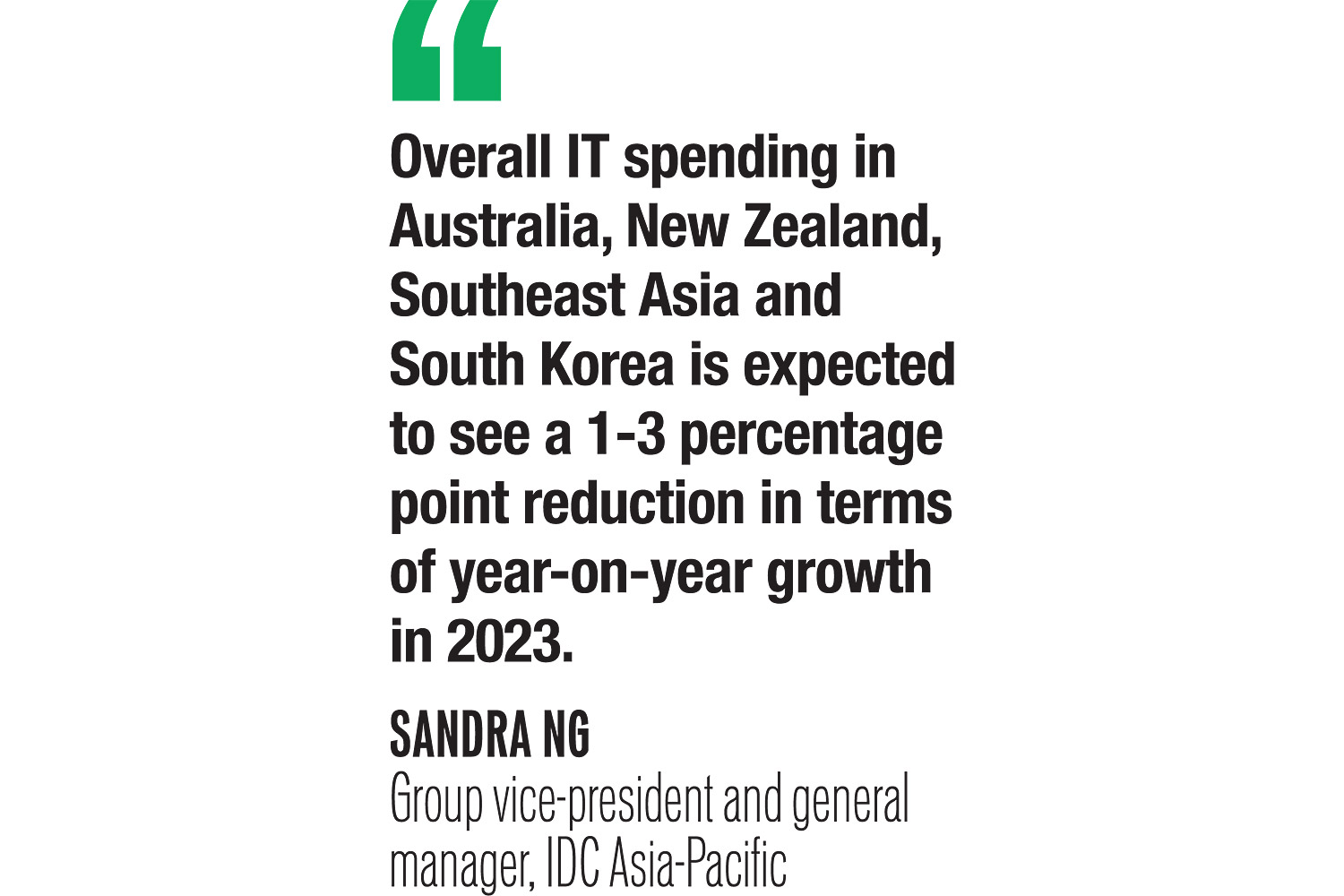 Operational expenditure on software as a service and consumption models is still fairly high, said IDC.

The impact in terms of a reduction of capital expenditure is going to be a lot smaller. Job cuts at large enterprises will be a boon for the gig economy and freelancers.

"Overall IT spending in Australia, New Zealand, Southeast Asia and South Korea is expected to see a 1-3 percentage point reduction in terms of year-on-year growth in 2023," Ms Ng said.

She said various issues will continue to test the supply chains of large companies. Inflation and supply chain disruptions are the biggest risks over the next 12-18 months in Asia, said Ms Ng.

There might be a need for software as a service to reduce costs, using technology to overcome inflationary pressures, she said.

IDC forecasts spending on digital technology by organisations in Asia-Pacific will grow 3.5 times faster than regional GDP expansion in 2023. By 2026, 40% of total revenue for the top 2,000 Asia-based organisations will be generated by digital products, services and experiences.