Online retail giant Amazon plans to unveil a tablet computer before October in a bid to carve out a slice of a growing market dominated by Apple's iPad, The Wall Street Journal reported Wednesday. 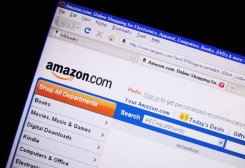 Online retail giant Amazon plans to unveil a tablet computer before October in a bid to carve out a slice of a growing market dominated by Apple's iPad, The Wall Street Journal reported Wednesday.

The newspaper, citing "people familiar with the matter," also said Amazon plans to release two updated versions of its Kindle electronic reader in the third quarter of the year.

The Journal said the tablet from the Seattle-based Amazon will have a roughly nine-inch (22.8-centimeter) screen and will be powered by Google's Android operating system.

It will not have a camera, the Journal said, but will allow users to watch videos, read electronic books and listen to digital music they purchase or rent from Amazon.

The newspaper said Amazon is outsourcing production to an Asian manufacturer and would not design the tablet itself.

Amazon on Wednesday began selling a cut-price version of its Kindle 3G sponsored by US telecom carrier AT&T.

The Kindle 3G with Special Offers was priced at $139 as compared with $189 for the same e-reader without on-screen ads.

Kindle 3G is designed to connect to mobile networks in more than 100 countries at no cost to users, according to Amazon.

Amazon does not release Kindle sales figures but the Journal said that according to Forrester Research estimates the company has sold 7.5 million Kindles in the United States.

Airliner skids off runway in India, at least two dead

NEW DELHI: At least two people died and more than 20 others were seriously injured Friday when an Indian passenger jet skidded off the runway in heavy rain, media reports and officials said.