The government is being urged to get behind a new, but expensive, project: the Phahon Yothin Transport Complex.

The Office of Transport and Traffic Policy and Planning (OTP) has many megaprojects in the pipeline including the Phahon Yothin Transport Complex, 10 lines of mass transit systems and high-speed trains in three routes that the government is being urged to put to a bid by 2015. 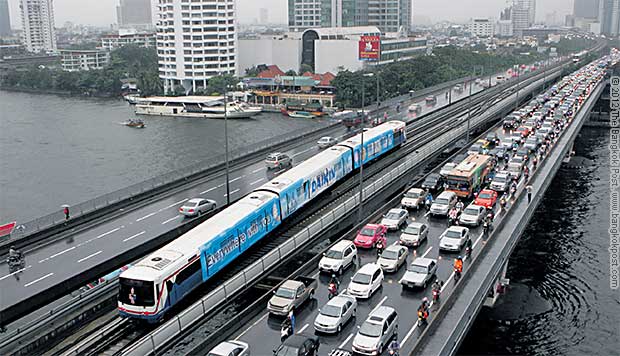 Dr Chula Sukmanop, the office’s director-general, says the Phahon Yothin Transport Complex will be a large project that needs many government agencies involved.

“In the future, Bang Sue station will become a large terminal where many mass transit lines will meet. We plan to do a master plan for the centre to readjust the use of surrounding areas.”

The mass transit lines will include the current MRT, or the Blue Line, which will connect to Hua Lamphong and Tha Pra and the two sections of the future Purple Line between Bang Yai and Bang Sue and from Bang Sue to Rat Burana. 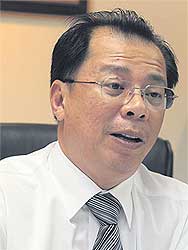 The three routes of the high-speed train will also start at Bang Sue. They will include Bangkok to Nakhon Ratchasima, Bangkok to Phitsanulok and Bangkok to Hua Hin with a speed of 250 kilometres per hour.

This Bangkok Transport Complex will cover a total area of more than 100 rai from Bangkok’s Northern Bus Terminal, or Mor Chit 2, to the Energy Complex where the Energy Ministry is situated.

“There are many plots of undeveloped land in Bang Sue owned by the State Railway of Thailand [SRT] which should be developed to create value. They will also generate revenue to the SRT.”

This area will be linked with systems to support everyone using it. For example, passengers can travel between Mor Chit 2 and a mass transit line at Bang Sue Station, possibly by a monorail as they are only a few kilometres apart.

People who work at the Energy Complex can easily go to Chatuchak market, which may open daily in the future, for their lunch breaks. Alternatively, Chatuchak Weekend Market may be moved underground with air-conditioning systems while its current location may become a large garden.

Design for Phahon Yothin Transport Complex will be complete within this year as the OTP will draw up a budget for the 2014 fiscal year by January 2013. The master plan will be submitted to the SRT and the project is expected to be completed in five years.
“All government agencies related to transport jobs such as the OTP, the SRT and the Transport Ministry should be relocated to this area so that they can work as a single unit,” says Dr Chula.

As the government is urging the OTP to speed up a master plan for the high-speed train project, Bang Sue Terminal will be redesigned with a more luxurious image to appeal to business-class passengers in future high-speed trains.

“The government wants to complete the high-speed train as soon as possible to support the coming of the Asean Economic Community in 2015,” he adds.

The concept of the high-speed train will be completed in 14 months. The new systems will be developed on the existing train routes but they will require a double-track system and engineering to support speeds of 250km an hour. 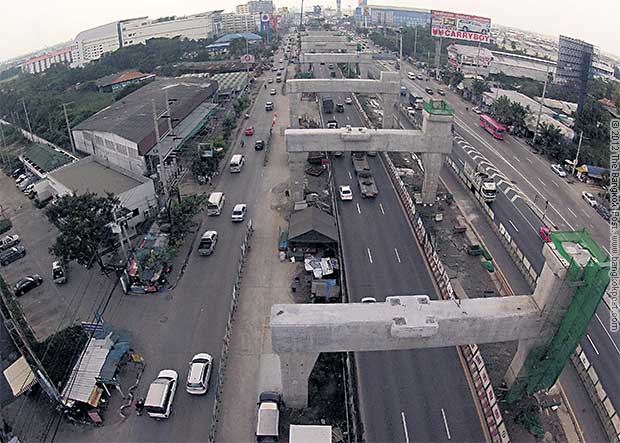 Currently, the OTP has an initial study done by a Japanese consultant and a Chinese consultant on the routes that can be extended for more detailed study, including positioning of stations.

Of the mass transit lines that are being constructed, the Purple Line is 60% complete and will start running in 2015. The Blue Line between Bang Sue and Tha Pra and Hua Lamphong and Bang Kae will be running in 2017 as it requires underground work.

The track system for the Red Line between Bang Sue and Taling Chan is complete and there will be bids for the construction of stations along the line. If bidding can start within this year, the trains can be running by 2017.

The Bang Sue to Taling Chan section will connect with another section of the Red Line between Bang Sue and Rangsit which is in the bidding stages and is forecast to start running in 2016.

For the Dark Green Line section between Mor Chit and Saphan Mai, an environmental impact assessment (EIA) has been approved. Bidding will start next year while construction will be completed in 2017.

The OTP has asked the cabinet to extend the line from Saphan Mai to Ku Kod in Pathum Thani which will mean an additional seven stations and a maintenance services station.

“The government aims to complete the 10 lines with a total of 464 kilometres and an investment of 762 billion baht by 2019 and set a fare at 20 baht throughout the system,” he says.

Bidding during the rest of this year will include the Light Red Line between Taling Chan and Salaya and an extension of Airport Rail Link between Don Muang and Bang Sue to Phaya Thai.

In 2013, there will be bids for nine sections including Rangsit to Thammasat and Bang Sue to Hua Lamphong for the Dark Red Line; Bang Sue to Phaya Thai to Makkasan, Makkasan to Hua Mark and Taling Chan to Siriraj for the Light Red Line.

Also up for bid will be the Dark Green Line’s Samut Prakan to Bang Poo; Cultural Centre to Bang Kapi and Bang Kapi to Min Buri for the Orange Line; and the Pink Line between Kae Rai and Pak Kret to Min Buri, which will be a monorail system.

In 2014, bids will be called for the Purple Line’s Bang Sue to Rat Burana section; Charan Sanit Wong to the Cultural Centre on the Orange Line; and the Yellow Line from Lat Phrao to Pattanakarn to Samrong.

“Construction of all new lines will be completed faster than the previous and ongoing projects as we adjust the regulations for land expropriation from land seizure to co-development, barter or trade. It’s a win-win for all.”

Land expropriation in the past was a major factor that delayed construction as some owners refused to comply.

“When we did the first mass transit line, people could not imagine how good it was or how much higher their property value would be if there was a station nearby.”

Now many commercial property owners want to connect with the mass transit stations. The same selling point is boasted by condominiums.

“They know it well,” Dr Chula says. “Mass transit systems can help solve heavy traffic in Bangkok. Just imagine the number of new cars (1,100) and motorcycles (2,000) a day adding to the limited length of roads in Bangkok.

“The mass transit system was initiated in anticipation of rising fuel prices and heavier traffic. Its network with wider coverage can help transport more people to anywhere they want without any extension of the bad traffic. Their quality of life will improve.”