Upgraded with an eye on E3, which runs June 11-13, the "Destiny" website now contains new information on three types of playable character -- the Warlock, Hunter and Titan -- as well as locations such as the Abandoned Earth and its moon. 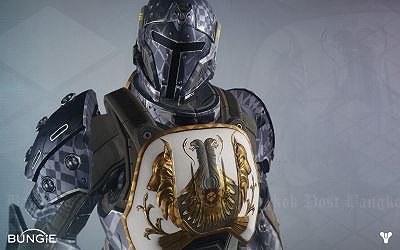 A slew of wallpaper images decorate the "Destiny" website's multimedia section for those who want to dream big, look forward to one of 2014's tentpole releases, or simply pore over concept art for Bungie's post-"Halo" project.

The May 10 update also serves to showcase character designs that blend medieval and sci-fi sensibilities, towering city structures, alien landscapes and the game's totemic floating orb known as "The Traveler."

2010 release "Halo Reach" was Bungie's last game in the "Halo" franchise, one whose success was integral to that of the Xbox and Xbox 360.

The company then partnered with "Call of Duty" and "Skylanders" publisher Activision for the upcoming "Destiny," another ambitious space opera, and one which is expected to arrive on PlayStation 3, Xbox 360, PlayStation 4 and the new Xbox -- Microsoft's official reveal on May 21 could well reveal more "Destiny" material.

Police said 31 people were confirmed killed by a former policeman who burst into a child care centre in Na Klang district of Nong Bua Lamphu on Thursday.

Global foreign-currency reserves are falling at the fastest pace on record, as central banks from India to the Czech Republic intervene to support their currencies.