The worldwide Molyjam returns in July for a second crack at turning unfeasable, satirical game designs into playable games, and all in the spirit of an alternative, light-hearted, emotionally engaging gaming future. 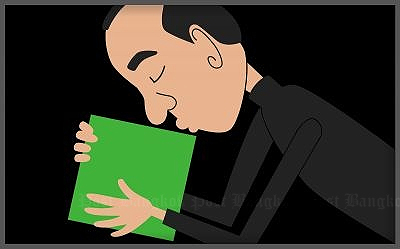 A genuine industry innovator, Molyneux recieved a BAFTA in 2011, making the understated confession that he had "slightly over-promised on things on occasion" when enthusing about work-in-progress projects.

But where hard-working teams would then have to incorporate those off-the-cuff improvisations, the wistful elevator pitches of Twitter doppleganger Molydeux were voluntarily turned into playable games during April 2012's first worldwide Molyjam.

A litany of unhinged concepts inspired the creation of games such as "Unbearable" ("You are a bear but for some reason your oxygen comes from hugging people. Problem is that hugging people breaks their bones"), "Secret Dad" ("Imagine if you had to secretly support your family via complex ventilation passages in your large industrial home") and "You Are The Road" ("Have you ever played a racing game and wanted to play as the road rather than the cars? I know I have...").

And Molyjam 2 channels a similar light-hearted vibe. "Disappointment is coming," the trailer jokes about this week's grandstand trade show E3. Forget the Xbox One and PlayStation 4 -- Molyjam 2 is the no-budget herald of "true next gen gaming."

Crucially, participation in the Molyjam is not restricted to professional game designers and programmers.

Theoretically speaking, anyone can turn up and help make a game based on a ludicrous tweet, whether they have skills in art, music, writing, programming or design.

Software companies have an opportunity to show their support by donating temporary licenses for their programs, with 2012 jammers turning to the likes of "Game Salad," "Unity," "Flixel" and "Construct 2."

To find the nearest Molyjam near you, keep an eye on molyjam.com, where a residing Google Doc tallies interest from around the world, and consider following the @molyjam Twitter account.